National Museums Liverpool’s House of Memories goes On The Road - The Guide Liverpool
Contact Us Advertise with The Guide Our Video Services Follow us:

National Museums Liverpool’s House of Memories goes On The Road

The sights, sounds and smells of springs and summers past will arrive in the heart of Liverpool’s communities from Wednesday 23 June, 2021.

And some of the city’s most vulnerable and socially isolated people will be the first in the UK to enjoy this innovative immersive mobile museumexperience on their doorsteps, in community spaces, car parks and at care homes. 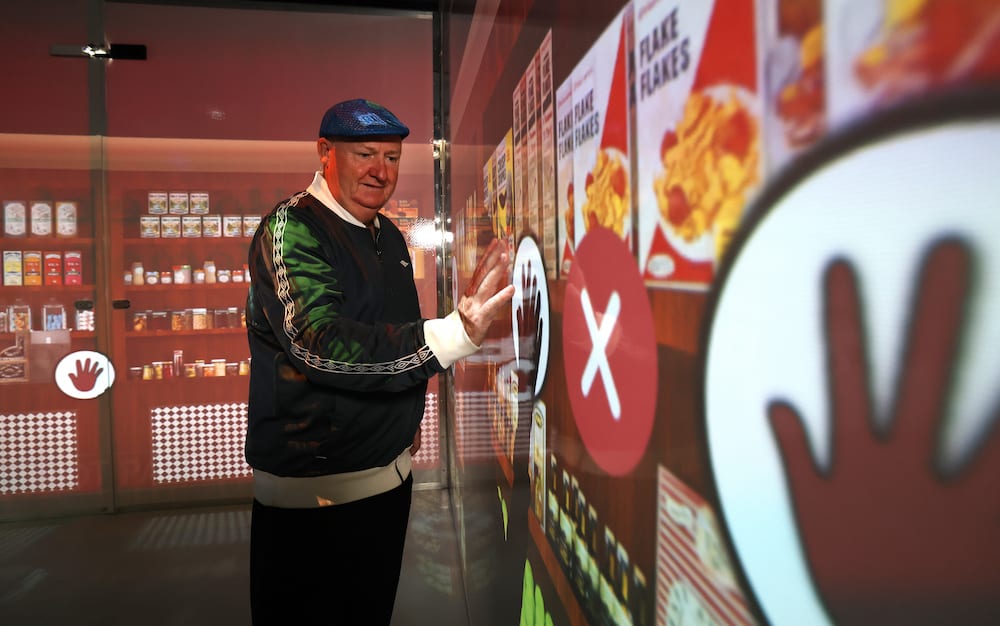 With museum doors all over the country closed more often than they’ve been open in the past 12 months due to Covid-19 lockdown, House of Memories On The Road offers the next stage in the world-leading dementia awareness programme led by National Museums Liverpool (NML).

Setting a new standard in museum accessibility, the House of Memories On The Road experience is a virtual “front door” to NML. Each individual’s intimate and immersive mobile museum experience will last around 10-15 minutes, offering access to experiences proven to make a real difference to quality of life. Experiences will range from a trip on Liverpool’s overhead railway and a visit to a 1950s grocery store to a virtual day out at the seaside or a forest.

It follows NML’s award-winning My House of Memories app, which has been helping people living with dementia to draw on deeply-held memories to connect with their family, friends and caregivers. Since its June 2014 launch at the House of Commons, the app has been downloaded more than 35,000 times and has over 25,500 users who have taken part in almost 86,600 activity sessions. It has won regional, national and international awards and has been rolled out in London, the Scottish Highlands, Minnesota, US, and Singapore.

Carol Rogers, director of House of Memories, says: “Building on the success of the My House of Memories app, we’re taking the next digital step to create the first-ever mobile museum immersive experience in the UK.

“The app really brings people’s memories to life – it prompts conversations and discussion. We’ve had some great engagement, but it can’t find everyone. We wanted to find a way of taking a 3D museum experience into neighbourhoods. None of this would be possible without the support of our partners Liverpool City Council, Unilever and Tesco.

“House of Memories On The Road came about as a response to Covid-19 – we’ve all had a real experience of social isolation and loneliness in the recent lockdowns. But for many older people and people living with dementia, this is their reality all the time. It’s about tackling loneliness.”

The House of Memories team is doing exactly that by touring a 30 sq m mobile classroom that opens up into an immersive cinema and exhibition space.

“People can safely interact with the visuals of the experience so they can take a deep dive into the areas they want to explore further,” explains Carol. “We’ll be commissioning packages based on NML’s collections. We really will be bringing the museum to you.”

Some of the first experiences will include a mixture of real, virtual and digitised objects and scenes on various themes, such as the home, entertainment, travel and sports through the decades.

“We found in our consultation that the idea of the home was very popular, and people really wanted us to include the power of smells such as freshly-baked biscuits, or washing powder, as a stimulus for memories,” says Dawn. “We’re introducing this into the House of Memories On The Road with support from Unilever, which has its own perfumery for scents such as washing powder.

“People were also very interested in things that might trigger memories of travel, such as Liverpool’s overhead railway, or a street scene. One of our physical museum exhibits is a rail carriage that people can sit in, so for House of Memories On The Road, we’ll have immersive film visuals of travelling on the railway.”

For Hilary Tetlow, who cared for her mother throughout her illness with dementia and is also founder and co-chair of Liverpool’s SURF group for people living with dementia, their carers and families, it represents a wealth of potential. 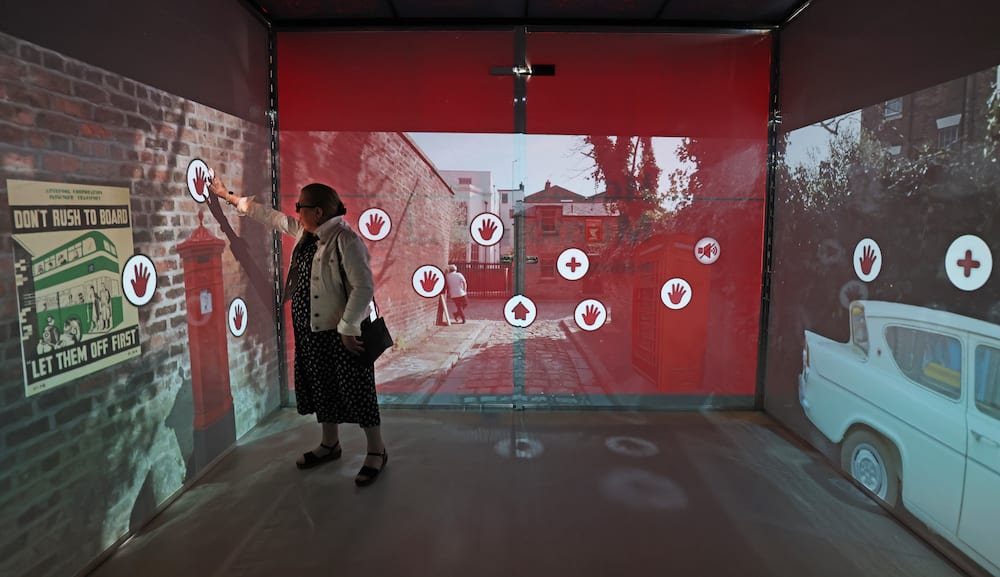 “I’d like to see it tailored to go into different communities. In Liverpool, for example, we have one of Europe’s oldest and largest Chinese communities. The Chinatown area is a really vibrant, important part of the city, and has great geographical importance as the first Chinatown to be established in Europe.

“There’s also a lot of potential for all ages to use it, not only people living with dementia. I can see it being good for people with learning disabilities, from children up to adults, who could visit it and have those interesting feelings that the sights, sounds and smells in the On The Road unit can trigger. A toy shop scene, for example, is a great one for getting people talking.”

Gina Shaw, who has been diagnosed with early-onset dementia and who co-chairs the SURF group alongside Hilary, says House of Memories On The Road could be a “brilliant” lifeline for people with dementia and could represent another way to reinforce personal memories and connect with family, friends and carers.

“The House of Memories app is fantastic,” Gina says, “so taking the idea On The Road and going out to talk about things in Liverpool sounds brilliant. I want to show people that a diagnosis of dementia is not the end. It does seem it sometimes, but you’re not just going to go and sit on the sofa and do nothing, you’re still the person you were before, you like the same music you did before. If you didn’t like basket weaving craft activities before you got dementia, you’re not necessarily going to like it afterwards! It’s very important to know that it affects all ages. 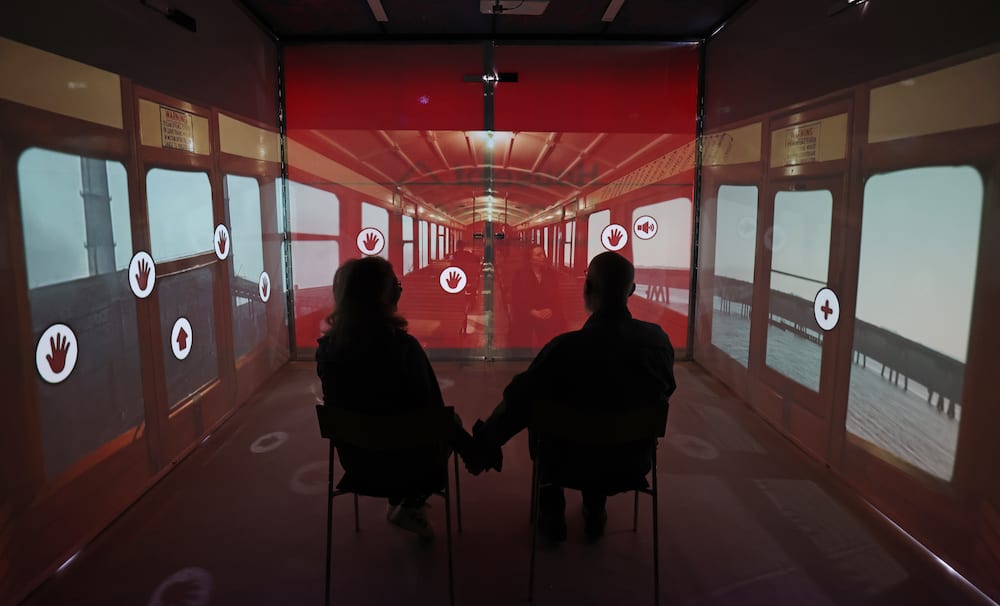 “It’s not the end of the world. In a nutshell, life doesn’t stop and you can still enjoy life.”

Carol Rogers says: “House of Memories On The Road is visual, authentic and magical. For some older people, it will be good because perhaps they haven’t been able to go to the seaside for a while, or haven’t been down to the river, or they’re missing a connection with the music they love that might remind them of happy times. For a moment, it will allow people to be somewhere else and give people something to connect with, something to celebrate.

“The beauty of House of Memories On The Road is, it can go anywhere and it becomes a front door to the museum. If we can do it in Liverpool, we can do it anywhere.”

In partnership with Liverpool City Council and supported by Liverpool City Region Combined Authority, House of Memories On The Road will tour each of the boroughs of Liverpool, Sefton, Wirral, St Helens, Knowsley and Halton. Other local authorities and community groups will also be able to hire the vehicle out. For more information, contact [email protected]uk.