New hotels with Covid-friendly tech opening in Duke Street and Baltic Triangle - The Guide Liverpool
Contact Us Advertise with The Guide Our Video Services Follow us:

Two new boutique hotels are opening in Liverpool this spring, with Covid-friendly tech which means guests who want to can have contactless stays.

Both will feature check-in and room entry which can be done via guests’ phones, plus tablets in each room connected to partner restaurants in the city centre so they can order takeaway food to be delivered.

Duncan Stewart, director of Living Brick, says the pandemic has focused the company on a more tech approach, although that doesn’t mean personal service has been replaced.

“For the next year, and certainly the rest of 2021, I think if you can reduce contact and keep away from crowds in hotels as much as possible then that’s going to be a plus so that’s what we’ve done,” he explains.

“With Duke St, and with The Baltic Hotel when that opens, people who are techy can book online or through the app, they’re given their details and have their own electronic key on their phone and that will allow them to get around the building and into their room for the length of their stay.

“For those who prefer not to have that, or if someone wants to change something in their room like the air conditioning temperature, then we’ll have the normal meet and greet and 24-hour staff on site. Hospitality is only as good as the people who make it work so we’re never going to lose that.

“But we can do as much or as little as people want us to do and it’s all secure and Covid-friendly.” 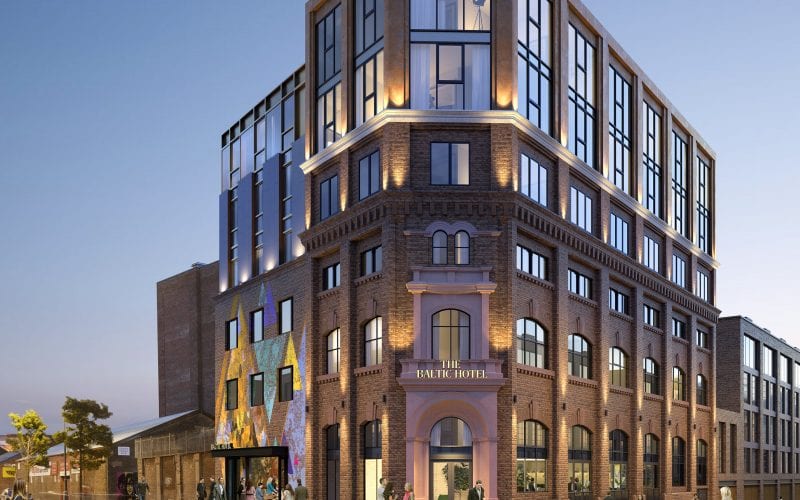 Duncan says a year of lockdown restrictions prompted Living Brick to shift its opening plans – moving Duke St Boutique Hotel forward to March, and The Baltic Hotel back to June.

The reason, he says, is down to the impact the past year has had on the food and drink sectors. Unlike its bigger Baltic Triangle sibling, which will have a traditional pub and restaurant, the 31-room Duke St site has no in-house restaurant or bar although it does have six different room types, ranging from ‘Snug’ to ‘Penthouse’.

“We decided around September last year to swap things around so we stopped work on the Baltic and went hell for leather for Duke Street which has individual hotel studios with their own full mini bar. They have an Amsterdam feel, with luxury beds and luxury mattresses and everything you’d want to crash for a night, the weekend or longer.”

Work began on the new build at the top of Duke Street, next to Petit Coin café, in January 2019 and was due for completion towards the end of that year.

“We hit 2020 and we thought we’d leave the opening until the new season started in March/April. Then obviously Covid happened, like everyone else we faced hurdles we hadn’t expected, and we had to change a lot and learn a lot.”

Construction work in Liverpool did manage to keep going though, which has been good news in two ways for Living Brick. Not only has it meant there’s an opening date in sight for both hotels, but they have a ready-made market of guests too to give them occupancy until visitors can return.

“Hotels can open now as long as they’re following restrictions of key workers only, so what we’ve seen at our Chavasse Apartments has been it’s mostly construction workers because construction has carried on apace in Liverpool.

“That’s what we expect initially with Duke St and then hopefully we’ll see city breaks coming back strongly later in the year.”

With travel still so tightly restricted, opening two new hotels might seem risky, but Duncan says they were optimistic about their success in 2019 and they’re still optimistic now. 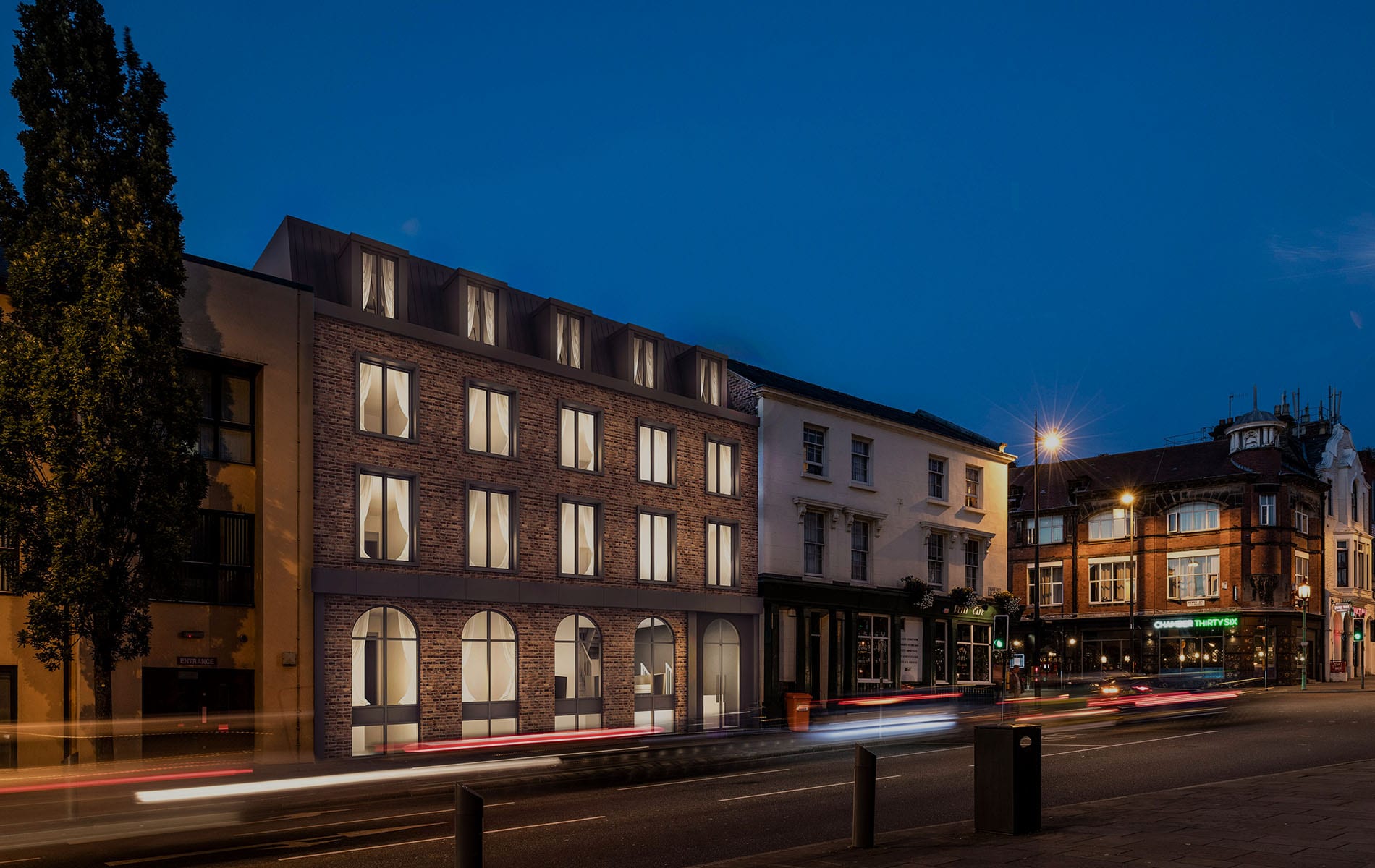 “I believe there’s still got to be some help from the Government, I think furlough should be extended to two months past the point where restrictions are lifted to give hospitality time to recover and restart in a planned way.

“And we need to see an extension to the 5% tourism tax which is due to end in March, and a rates holiday, but with those in place 2021 could still be a good year for UK hotels if they’re not greedy.

“If you look now at some places in the Lakes, the Peak District, Devon and Cornwall, they’ve really hiked up their prices. Our rates that are what we expected to do in 2019 and that’s what we’ll stick with. The city breaks and midweek breaks will come once the countryside has been exhausted, because I think people will come to get a slightly cheaper break away as the countryside prices itself out of the market.

“Liverpool is maturing now, it’s not just a party destination, it’s a lot more grown up and people are seeing it for its history and its heritage as well so that will bring more here.

“Of course, in the short term we’re going to miss visitors coming from abroad but the domestic market will fill that in 2021. People will be desperate to come again for the football as soon as they can and then by Christmas I think it’ll go bang and you will get party central coming back to Liverpool which will be really positive and exciting.”

MORE - 10 ways to ease lockdown boredom this week in Liverpool