New John Lennon-inspired single released ahead of 'Dear John' concert - The Guide Liverpool
Contact Us Advertise with The Guide Our Video Services Follow us:

A new single in the spirit of the concert for War Child UK, “Dear John” is a touching tribute to the legacy of John Lennon.

The song is written by the ‘Dear John Concert’ founder Sepp Osley and brother Sohl Osley, and performed by Sepp’s band Blurred Vision alongside Mollie Marriott and the legendary Peter Frampton.

It is an uplifting song of peace and hope, packed with a feast of references to Lennon’s immortal repertoire.

“I couldn’t be more thrilled and honoured to have been a part of the Dear John track. Finally, Mollie, Sepp and I got to work together and it’s something so special. I’m so happy I could be with you on video during the Dear John concert. Happy Birthday John Lennon!” 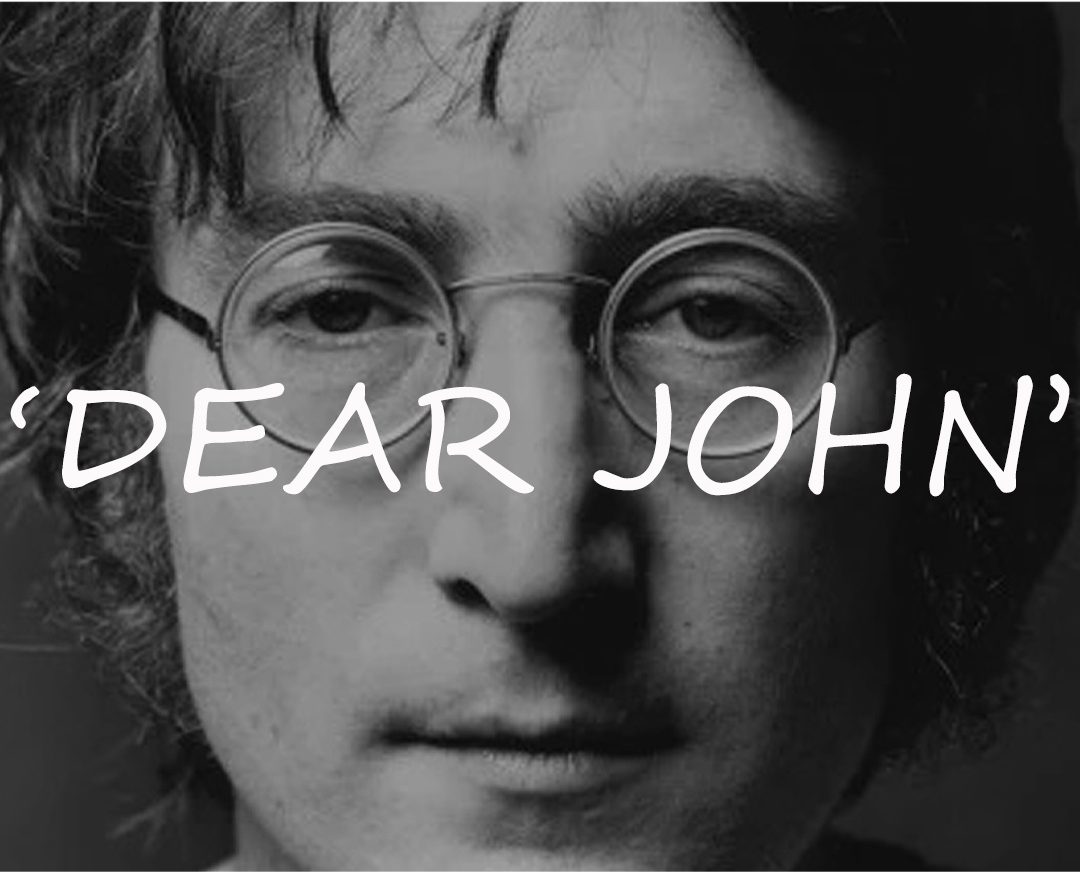 “It is a great honour to work on this single alongside Blurred Vision. To finally get to work with Peter after all these many years, is a real joy and the greatest thing is, we are all on the same path, to bring peace and love to this troubled world.”

The single “Dear John” will be released everywhere on 5th October via Open Eyes Records, in run up to the 2021 ‘Dear John’ concert which will be streamed to a global audience on 9th October.

Already supported by mainstream media such as BBC 6 Music, Sky News, NME.com and many more, the event has also been championed by friends of Lennon including Beatles band-mate RINGO STARR, The Eagles’ JOE WALSH, plus John Lennon guitarist EARL SLICK. 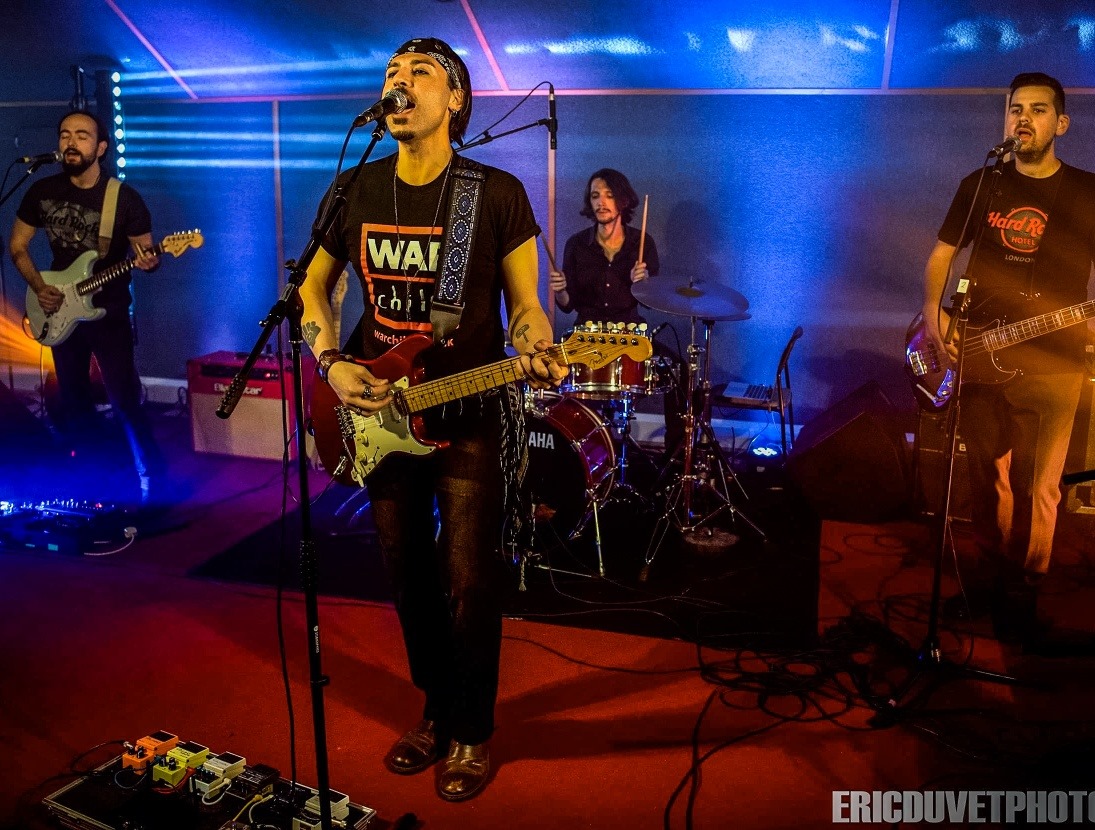 With Slick also signing-up to appear at the event, the 2021 ‘Dear John’ concert will see an incredible roster of artists performing timeless songs from the Lennon/Beatles catalogue, plus sending personal messages of peace and love throughout the night.

“Never in my wildest dreams could I have imagined the success that this humble event conjured in 2020 during the height of the pandemic. It all began with a simple concept of celebrating the legacy that John Lennon left behind. A legacy of peace and unity and love on a global scale, and now to be able to perform these timeless songs with so many heroes and contemporaries of the music world, while raising money for this incredible charity at such a crucial time, is something I could never have conceived or believed when I began my tumultuous journey on this planet.”

A one-off ticketed event, all donations and net proceeds raised from the show will go direct to the War Child charity. Of the single Osley adds: “To release this song with one of my musical heroes in Peter Frampton, and sing it with Mollie is a moment I will cherish for all my life. When ‘Dear John’ was originally written, we had set out to not only celebrate a great hero but to also make a loud statement about the current state of our world.

“The fact that we still face the threats of war, inequality, injustice, poverty, division, hate, and all the things that John fought to end, is a great drive for me as an artist, and for the global community to keep working towards a better world. The dream is most definitely still alive and we haven’t stopped Imagining by a long shot.”

The ‘Dear John’ concert series was founded by Sepp Osley to raise funds in aid of War Child UK. Born in war torn Iran in the mid 80s, the singer fled the war gripped country of his birth with his family. It began a tumultuous journey through the ancient lands, onto Europe, before finally settling in Canada, where Osley would begin a lifelong affinity with music and form the rock band Blurred Vision with his brother and former bandmate. 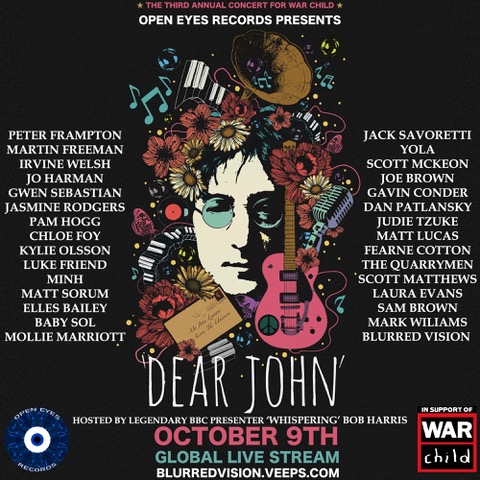 Launching the ‘Dear John’ concert series in 2019, Osley has invited legendary artists, film stars, current noisemakers and up and coming acts from a variety of genres and backgrounds together to celebrate the legacy of John Lennon. The series has already seen remarkable contributions from a wealth of talent including: KT Tunstall, Larkin Poe, Peter Gabriel, Richard Curtis, Maxi Jazz (Faithless), Laura Jean Anderson, John Illsley of Dire Straits and more.

The concerts have now become a globally celebrated annual event, with the 2nd annual concert reaching an international audience in 2020 and receiving attention from the world’s media including: Rolling Stone, NME, and more.

The third annual ‘Dear John’ concert takes place on 9 October and you can buy tickets here.