Working with Liverpool BID Company – which supports 1,500 businesses in the city centre – and the Chamber of Commerce, as well as with a collection of creatives and designers, the fund will be used to help local independent businesses redesign outdoor spaces and turn them into high quality covered seating areas to make up for the internal space they are losing as a result of social distancing restrictions.

In a move which is believed to be the first of its type in the country, it will ensure many independent bars and restaurants are able to continue trading safely, while also creating a whole new ambience and dining experience for customers. 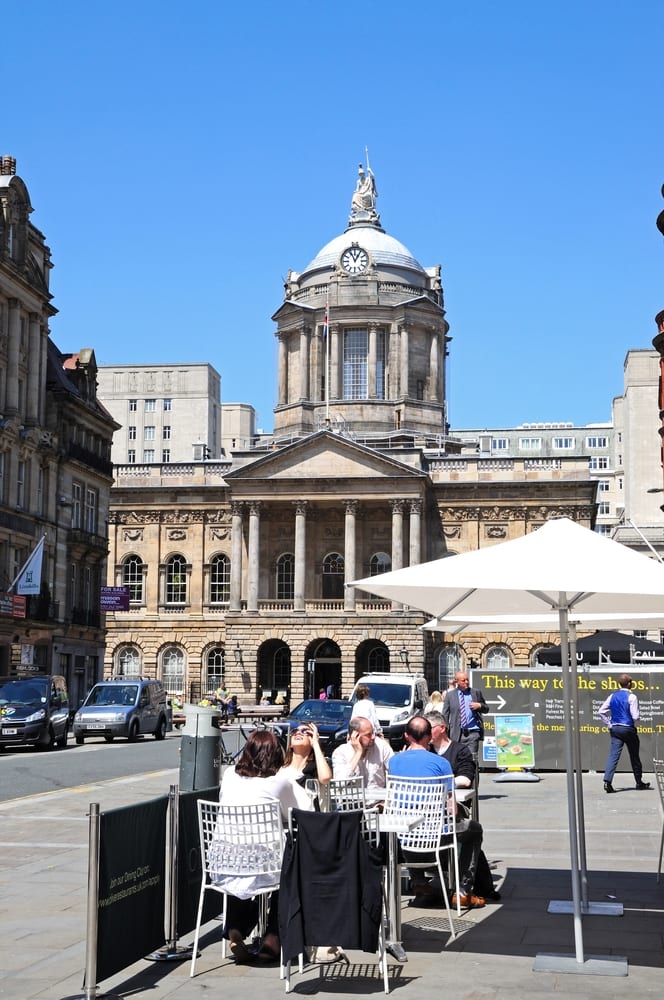 The easing of restrictions on bars and restaurants is not expected until early July, but the city is keen to start getting itself ready to be as accessible and safe as possible in the coming months.

The funding is separate to, but will be aligned with, a Government allocation of £443,000 for Liverpool from the ‘Reopening High Streets Safely Fund’ which can be used for things such as signage, street markings and marketing campaigns.

The announcement is in addition to £2 million committed earlier this month to install seven pop-up cycle routes, to encourage people to use sustainable means of transport to get around, rather than public transport or their car.

Details of the criteria for the fund are being finalised and the process for being part of the pilot project will be announced in mid-June, once the phased reopening of retail in the city has begun and the impact been assessed.

The money is coming from existing budgets, by repurposing capital spending to give businesses practical support for the COVID-19 emergency and alleviate the impact on the local economy.

It forms part of a wider recovery plan – more details of which will be announced in the coming weeks – tomake sure that businesses in the city are given the best possible chance of survival.

Other priority areas include science and technology such as Paddington Village just outside the city centre – where the new Clatterbridge Cancer Centre opens next month, and the construction sector.

The council has so far distributed more than £80 million of central government funding to over 6,500 small businesses and those in the retail, hospitality and leisure sectors.

“Liverpool is the most welcoming city in the UK, and bringing people together is what we do best. Big events, sporting fixtures or just a night out, this city thrives on social interaction.

“The fact that is out of the question with social distancing, means we have to be innovative about how we keep our USP, but do so in a responsible way.

“We need to find a way to give local people confidence that they can continue to go out to eat, spend money in the local economy and have a good time safely. This is really important as we know that tourism is going to be badly affected by international travel restrictions.

“Small, independent traders do not have the financial reserves or the borrowing power of big corporate companies, so it is up to us to come together and find ways to give them a helping hand through what is undoubtedly the biggest challenge of my lifetime.

“This is just one element of work we are doing with our partners, and we are looking hard at what we can do to support other sectors that are the big economic drivers for city, and we will be revealing more about this in the near future.

“These are tough times for our city, and we need to stick together and work together to emerge from it stronger and more united than ever.”

“One of the huge attractions of Liverpool as a destination is the wide range of home-grown hospitality businesses that have grown up as the city has expanded over the last two decades.

“Liverpool is a city where business can thrive and we need to continue to be a place that not just champions its successful independents but allows their ecosystem to survive and, in future, flourish. The creation of this fund is another great example of partnership working in Liverpool during this crisis.

“It is really important that we continue to support the hospitality sector through a difficult period when, as they have told us, their focus will be very much on staff and stock and they won’t necessarily have the spare cash to spend on items they need to help deal with the consequences of social distancing measures.

“We also need to ensure we adapt the city centre to facilitate trading opportunity and make it welcoming and accessible to everyone.”