New music platform launches its fifth edition of competition - The Guide Liverpool
Contact Us Advertise with The Guide Our Video Services Follow us: 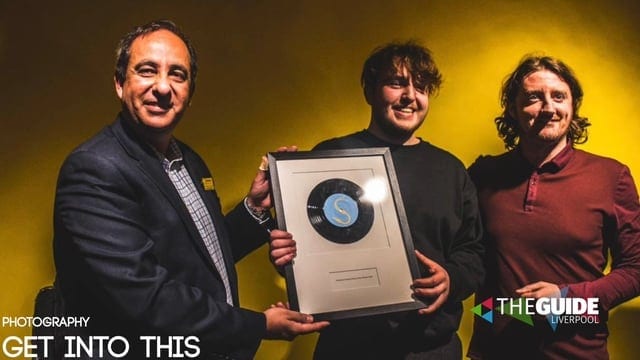 Merseyrail Sound Station have launched their prize competition for the year and made it easier than ever for artists of all stripes to enter.

From 1st May, the new music platform is inviting artists to share their music to their Facebook wall and be in with a chance of scooping the coveted prize. The prize culminates with a festival of selected artists performing in front of a panel of judges in November.
Last year Astles won the competition after impressing judges at the live showcase at Moorfields Station. The Ainsdale teenager entered the competition by recording an acoustic track at Southport Station when the prize launched this time last year. This year he has taken advantage of the prize package – which includes year-long industry mentoring, free train travel and recording time with a producer – by lining up support slots, festival dates and releasing a live EP which was launched with a sell-out show in March. 2017 is the fifth year of the Merseyrail Sound Station Prize with previous winners including rapper Blue Saint, soul pop singer Katy Alex and indie rockers Soho Riots.
This year Sound Station want to promote as many local artists as possible from a range of genres by inviting emerging musicians, bands and DJs to share their tracks – whether they are recorded as
YouTube videos, Soundcloud tracks or Bandcamp releases – to the Facebook page. From there, Sound Station will choose bands to represent them at festivals and other live dates and ten artists
will be selected to perform in November.
Pitching up at top festivals such as Sound City, LIMF, Africa Oyé and Folk On The Dock, Sound Station provides a platform for new artists to showcase their talent and prove that Merseyside has the most vibrant of new music scenes. The Merseyrail Sound Station website promote live gigs from local artists and features live sessions from established acts.

Go to merseyrailsounstation.com for more information.