North West Cancer Research set to capture attention with heartwarming campaign inspired by local lyrics - The Guide Liverpool
Contact Us Advertise with The Guide Our Video Services Follow us:

North West Cancer Research, an independent charity dedicated to putting the region’s cancer needs first, has today launched a new campaign, committed to raising awareness of its life saving work across the North West of England and North Wales.

Residents living in the region are 25% more likely to be diagnosed with cancer than in the rest of the UK, as highlighted by the charity’s 2021 North West Regional Report.

The #OurRegionOurWords campaign will feature messages of hope in the form of lyrics made famous by high profile local artists and bands. As well as being well known and relatable, the words may reflect the experiences facing those affected by cancer.

Manchester-based rock band, New Order, and Liverpool’s The Farm, two of several artists whose renowned work has inspired some of the words featured throughout the activation, have pledged their support for the charity’s campaign.

The campaign will kick off with an event at Liverpool One on Saturday 19th and Sunday 20th February, where North West Cancer Research will take over a prominent walkway, branding the area with lyrics made famous by Liverpool-based musicians.

A similar crossing takeover will take place at Spinningfields in Manchester the following weekend, Saturday 26th and Sunday 27th February. 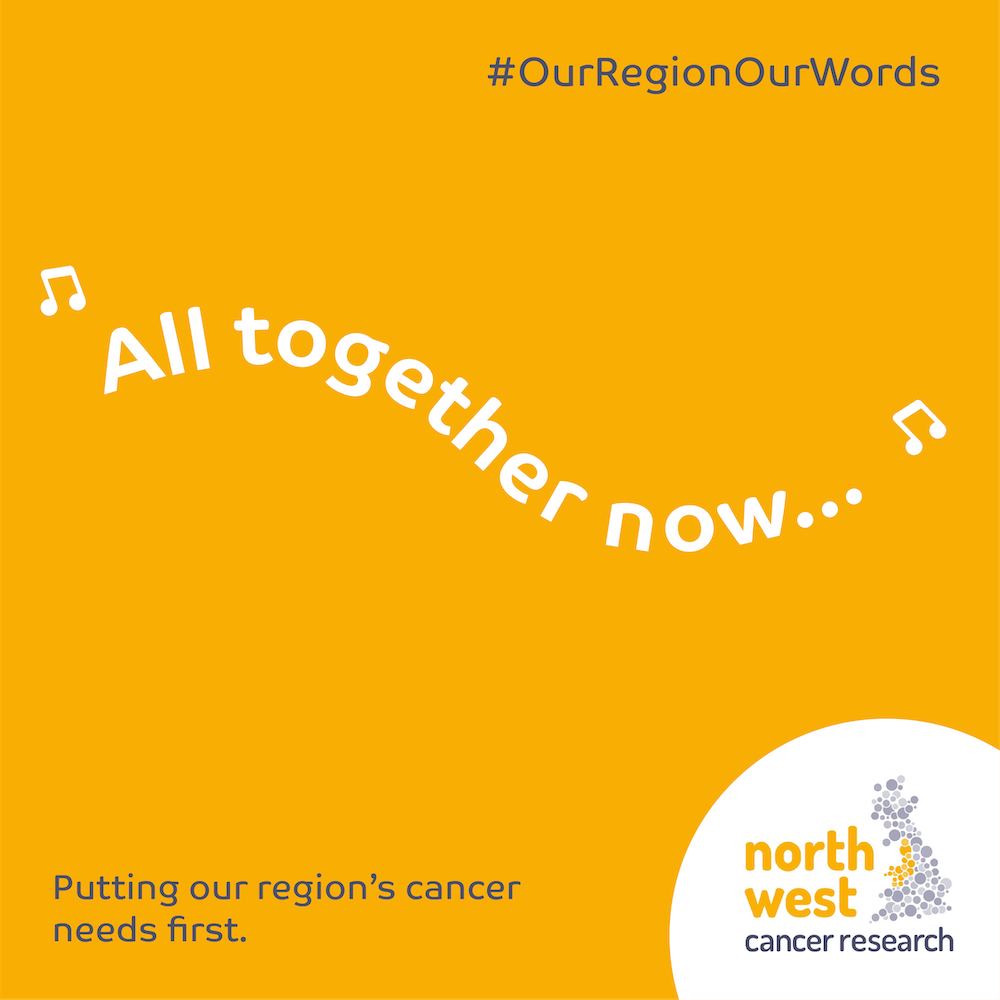 The wider campaign will feature many lyrics displayed across billboards, buses, and street hubs, as well as digitally and across social media until mid-April.

Those living in Chester, Blackpool, Wigan, Preston and Llandudno will also have the chance to spot lyrics inspired by the work of local bands in their area.

“For over 70 years, North West Cancer Research has been independently funding life-saving research and strategies designed to support those living with and beyond cancer in the North West of England and North Wales.

“Tackling the challenge of cancer requires a localised approach that understands the unique nature of each region, and this is especially pertinent for our work, given the increased likelihood of developing cancer if you live here.

“Inspired by our region’s love for music and passion for its home-grown heroes, we hope this campaign will resonate with people far and wide. It’s been a challenging two years due to the pandemic so we hope to instill hope while championing our wonderful region so that we can continue our work to put the community’s cancer needs first.”

North West Cancer Research is an independent charity dedicated to putting the region’s cancer needs first by funding life-saving research and education to tackle the cause, improve the care and find the cure for cancer. 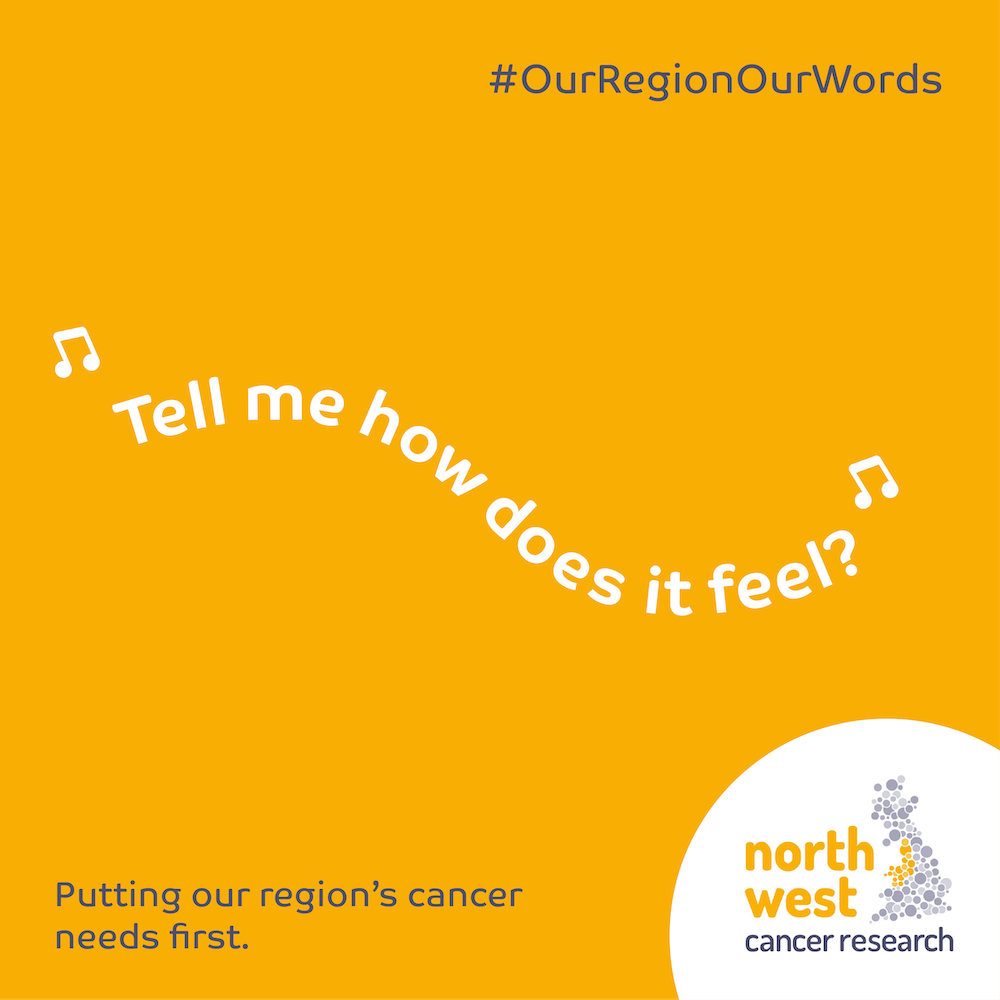 Follow the campaign and find out more about North West Cancer Research at www.nwcr.org/ourregionourwords.