To mark the 20th anniversary of their classic ‘Moseley Shoals’ album, Ocean Colour Scene will be celebrating with a huge show at The Olympia in Liverpool this December.

Set to provide an unforgettable climax to what has been a benchmark year for the band, the Olympia show will see Birmingham’s distinguished Brit-Pop outfit revisit their classic1996 album live and in full for the occasion.

Taking Moseley Shoals back out on the road and even Down Under for the very first time in their 27 year career, it seems both Home and Away appetite for their seminal effort has never been greater as the band were welcomed into 2016 with completely sold-out tours in both the UK and Australia. 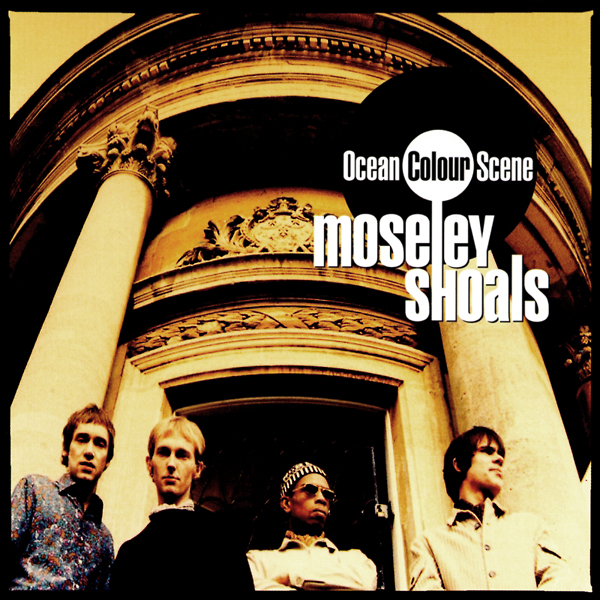 From there, this year has seen the band deliver euphoric headline shows at Leeds’ famous Millennium Square and Newcastle’s Times Square (topping bills that also featured the likes of contemporaries Shed 7 and The Bluetones), put in rapturously received festival appearances at Isle Of Wight and Spain’s BBK Live, not to mention a battlements busting sell-out show at Caerphilly Castle in Wales, and of course – take their landmark album back home for two emotional sold-out shows in the bucolic surroundings of its origin: Moseley Park.
The OCS story is already the stuff of legend: a rip-roaring rock’n’folk odyssey set to a backdrop of 27 years of UK pop culture at its very best with Moseley Shoals sitting proudly as the jewel in their crown.

Released in 1996, the band’s sophomore album would see them raid the UK album charts for an astonishing 92 weeks with a peak position of #2 – notching up an almighty 1.3 million sales in that year alone. Singles including the irresistibly groove-laden psychedelia of ‘The Riverboat Song’ (that would also come to soundtrack Chris Evans’s TFI Friday), the chest-thumping anthemia of ‘The Riverboat Song’ (which reached #4 in the charts) and top 10 nuggets ‘You’ve Got It Bad’ and ‘The Circle’, all contributed to its classic status. Celebrated by public and press alike, a reader’s poll in Q Magazine later voted the album to be the 33rd greatest of all time.

And continuing Moseley Shoal’s legacy for a good bothering of the charts, a limited edition red coloured vinyl of Moseley Shoals re-issued in April of this year for Record Store Day 2016 would go straight into the top 5 in the UK vinyl album chart.

Over the years, the Birmingham band’s sensational career has seen them notch up nine albums in total, three of which went Top 5 – including 1996’s Moseley Shoals, plus its successors 1997’s Marchin’ Already and 1999’s One From The Modern – and stake their claim in the singles charts with a run of nine successive Top 20 hits commencing with 1996’s ‘The Riverboat Song.’ They supported Oasis at the era-defining Knebworth shows that same year, and two years later helmed the biggest arena tour of any UK band to date. Their achievements have been nothing short of phenomenal.

From their days as Breton-shirt wearing disciples of The Stone Roses (debut single ‘Sway’) to million selling Britpop superstars (‘Marchin’ Already’ bumped Oasis’ ‘What the Story’ from the top spot in 1997) to long-term touring allies with Paul Weller, they have always stood shoulder to shoulder with the greats of modern British rock.

For Tickets – please head to: ticketquarter.co.uk,