Olympian Beth Tweddle tells us why we should be excited for the World Gymnastics Championships coming to Liverpool - The Guide Liverpool
Contact Us Advertise with The Guide Our Video Services Follow us:

If the sheer thrill of watching 500 gymnasts competing from 75 countries around the world wasn’t enough to have you somersaulting into action to get your tickets – then the excitement of medal winner Beth Tweddle will!

Beth – the first female gymnast from Great Britain to win a medal at the European and World Championships and the Olympic Games – is ambassador for the World Gymnastics Championships Liverpool 2022.

And she can’t wait for the world to see the amazing spectacle that’s going to be ‘right on our doorstep’ – and for it to see our city!

“I’m really excited to have the World Gymnastics Championships 2022 here in Liverpool,” she says. 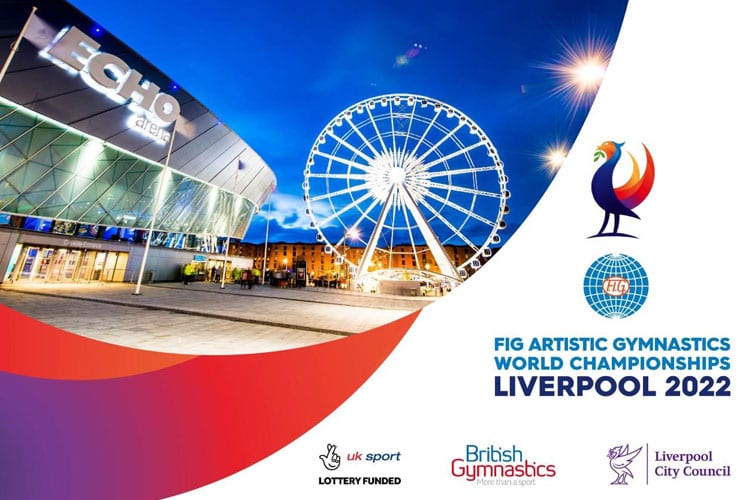 “Firstly, it’s brought it back to where I spent 16 years of my career training, and to be involved with it is amazing.

“And, to have a World Championships in your country is special but to have it on your doorstep … and I still live in the local area! I will definitely be getting all my family and friends down there to watch in 2022.”

She adds: “Liverpool is renowned for being a sporting city – obviously it’s world famous for football with two big clubs – and fans are very passionate, but it’s known for so much more.

“It’s a great opportunity for us to showcase Liverpool and what a great city it is. What Liverpool has to offer is amazing, and to have stadium that’s surrounded by restaurants, shops, the waterfront, hotels, and a great history, it makes it a real family event.”

The World Gymnastics Championships Liverpool 2022 takes place between October 29 and November 6, at the M&S Bank Arena.

The world’s greatest gymnasts will descend on the city to show us what they’re made of, and go head-to-head over nine action-packed days.

Beth says: “We have been holding the National Championships in Liverpool for eight-nine years and it’s always been a huge success.

“The World Championships takes it up a notch, and if you want to inspire that younger generation, what better way to do it than to have the best gymnasts from all over the world? The way the Arena is set up when it’s got gymnastics in there, the crowd feels really close to you, and as a gymnast, that’s a great feeling.

“You can really feel the vibe when you’re in the M&S Bank Arena, there’s a great atmosphere.”

Beth reckons the best seats are there to be had early on so while it might be months away, if you want the best experience, you need to book your tickets soon.

“It’s the first stage of qualifications for all the teams so everyone wants to be at the top of their game,” smiles Beth. “You will have the mixture of your all-round gymnastic specialists on all the events, and you will also have the specialists for each apparatus, and when you get into that apparatus final round it’s so exciting to see what they are able to do.

“I think a lot of people watch gymnastics on the TV and are mesmerised by it, but my friends who have come to watch me live say it’s a totally different experience. They don’t realise how high we get, how fast we go, and just seeing it with the naked eye, there in front of you, it’s completely different.”

Beth has created a few amazing experiences herself so she knows just how incredible the occasion can be. Beth is 2006 and 2010 World Champion on Uneven Bars and 2009 World Champion for floor exercise, as well as being Olympic Bronze Medallist for Uneven Bars in 2012.

She has a long and successful career. 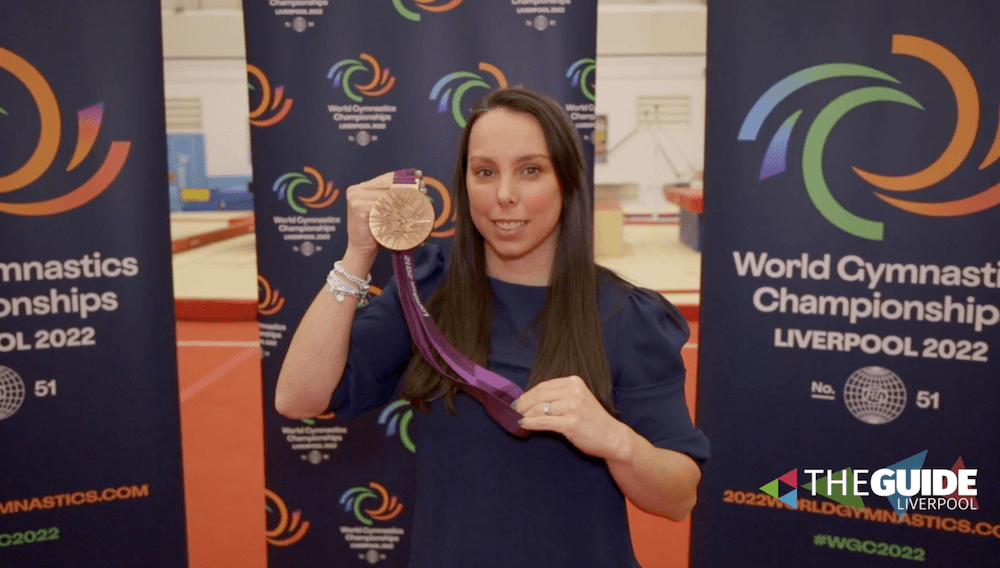 “I remember getting selected for my first World Championships in 2001 and that was a huge deal,” she admits, “representing your country and obviously, two years later, picking up the first world medal (Beth came third on Uneven Bars).

“But one of my favourite moments was winning the world title in London at the O2 Arena in London. Primarily I was known as a bar worker but I crashed out in qualification, and a week later I picked up a gold medal for floor. No-one was expecting me to win that world title but to stand on that podium with flags and banners and kids shouting your name, was the best feeling in the world.

“Leading to 2012 I was always self-motivated, but when you have those down days, those moments of doubt, you remember standing on that podium and you strive for that feeling.

“That’s why the World Gymnastics Championships Liverpool 2022 will be so exciting. It’s a chance to watch history.”

She reckons Liverpool will give visitors the warmest welcome: “I remember when I used to be training and I used to do various interviews, people would get the train up from London and get a cab up to the gym and they would always comment on the taxi drivers just being so friendly. Liverpool is a very welcoming city and we know how to greet people.”

And Beth says: “After the year we’ve had it will be great to have something to look forward to. You’ll see emotion, people breaking records, being at a World Championships for the first time, people winning a medal for the first time, and you will be part of it.

“You’ll witness new skills that people could only ever have dreamt of.

“And, as the city comes back, this will be one of those events that puts us back on the map – and I just can’t wait for it to happen.”

MORE - Drag Race UK winner The Vivienne talks about getting in to drag, self care and great advice