The life of one of Britain’s greatest war-heroes has been remembered at a wreath-laying ceremony  74 years after his death in 1944.

Captain Frederic ‘Johnny’ Walker was a British Royal Navy officer, and the most successful anti-submarine commander in the Second World War. His daring and tenacity helped turn the tide of the Battle of the Atlantic by aggressively pursuing U-boats who were intent on attacking allied convoys crossing the Atlantic. Such was his renown that the Admiralty went so far as to state: “Captain Frederic John Walker more than any other won the Battle of the Atlantic.

He died on 9th July 1944 of a stroke attributed to exhaustion and his funeral at Liverpool Anglican Cathedral was given full naval honours. 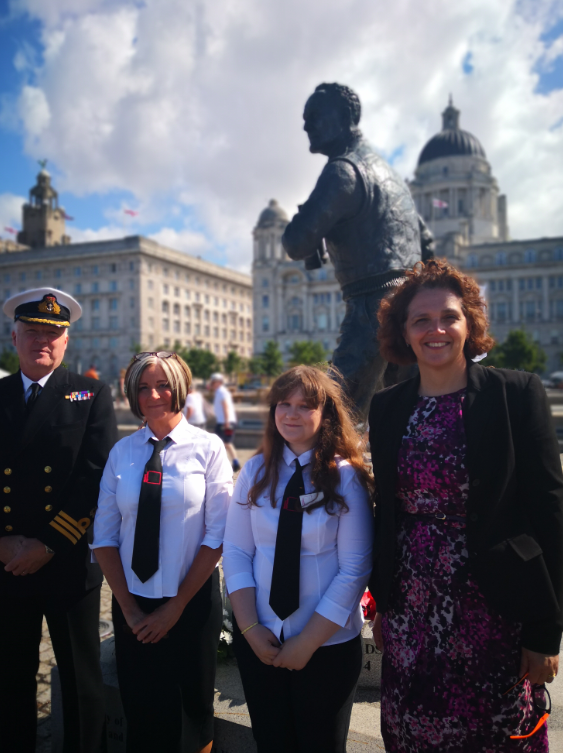 Walker’s command was overseen in Western Approaches HQ in Liverpool, which is now a popular visitor destination which tells the story of the Battle of the Atlantic and Liverpool’s pivotal role in the Second World War.

Emma Stringfellow, Operations Director of Western Approaches, said: “It is difficult to overstate the impact that Captain Walker had on turning the tide of the Battle of the Atlantic. Even at the time, it was acknowledged that his contribution prevented a Nazi victory in the Atlantic arena, which would have eventually lead to a total British surrender. We are extremely proud to tell the story of Captain Walker and his brave crew at Western Approaches, the command centre which oversaw all the Atlantic operations. This small service is a gesture of our appreciation for the sacrifices made by him and his brave men.”

A room dedicated the exploits of Captain Walker can be seen at Western Approaches HQ on Rumford Street, which has undergone extensive restoration before being re-opened to the public in October last year and is now ranked the third best museum in Merseyside.

You can watch the full live stream of the ceremony via The western Approaches Twitter page here .