Paul Bayes marks his final Pride weekend as Bishop with emotional speech praising region’s LGBT+ community - The Guide Liverpool
Contact Us Advertise with The Guide Our Video Services Follow us:

Bishop of Liverpool, Paul Bayes, led LCR Pride Foundation’s MarchONline with an emotional and heartfelt speech expressing gratitude to the city region’s LGBT+ community, in what is set to be his final Pride weekend as Bishop.

The region’s LGBT+ community and allies came together on Saturday 31st July for the MarchONline, delivered by LCR Pride Foundation.

Opened by the Lord Mayor of Liverpool, Cllr Mary Rasmussen and the Mayor of Halton, Cllr Christopher Rowe, the virtual iteration of the region’s annual March with Pride focused on the theme of ‘From Now On’ with the Bishop of Liverpool and LCR Pride Foundation Patron, Paul Bayes, leading a series of video messages and images submitted by organisations and individuals from across the Liverpool City Region. 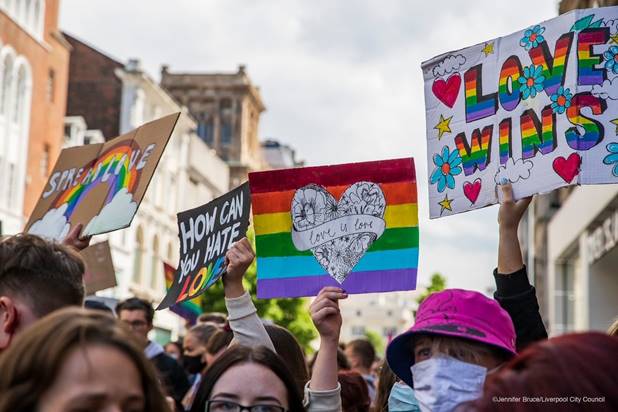 In his heartfelt statement, Bishop Paul, who recently announced his retirement, said:

“When I became Bishop of Liverpool, I came here wanting there to be more people knowing about Jesus – I’m a Christian minister – but also more justice in the world. And I realised quite quickly that the LGBTI+ community in the churches and across the country, we need to stand up for ourselves.

“We know all over the world homophobia is on the rise, politically, we know in our own city, that the number of homophobic hate crimes has gone up recently. We remember Michael Causer and we remember all those who have suffered or even died because of orientation and identity. In the churches we have a lot to say sorry for, but also there’s a lot to be proud of, as we try through communities such as OpenTable, our Christian LGBTI+ community, to reach out to those folks who need us.

“When I started as Patron of Pride, some people wrote to me grumpily, some people were very sorry. What are you doing Bishop? You’re lending credibility to Pride. Let me tell you, that’s never been the way that it seems to me. What I think is happening is that you [the LGBT+ community] have given me credibility, you’ve opened the door to me, and you’ve welcomed me as somebody who wants to be an ally, and together with me hundreds of thousands of Christians who want to be allies of the LGBTI+ community.

“LGBTQ people, orientation, identity. It’s not a crime. It’s not a sickness, and it’s not a sin. You hold your heads high when you march on Pride. And now that we’re doing it virtually, you can hold your heads high for all that you contribute to the wider community. I honour you for it. So, as one of the patrons of Pride I thank you for making space for me. I wish I could have walked with you together with all the other Christians on pride. I look forward next year to hearing what you’ve been doing as you march, God willing, again, in the streets, and I wish you every blessing. May God bless you and be with you.” 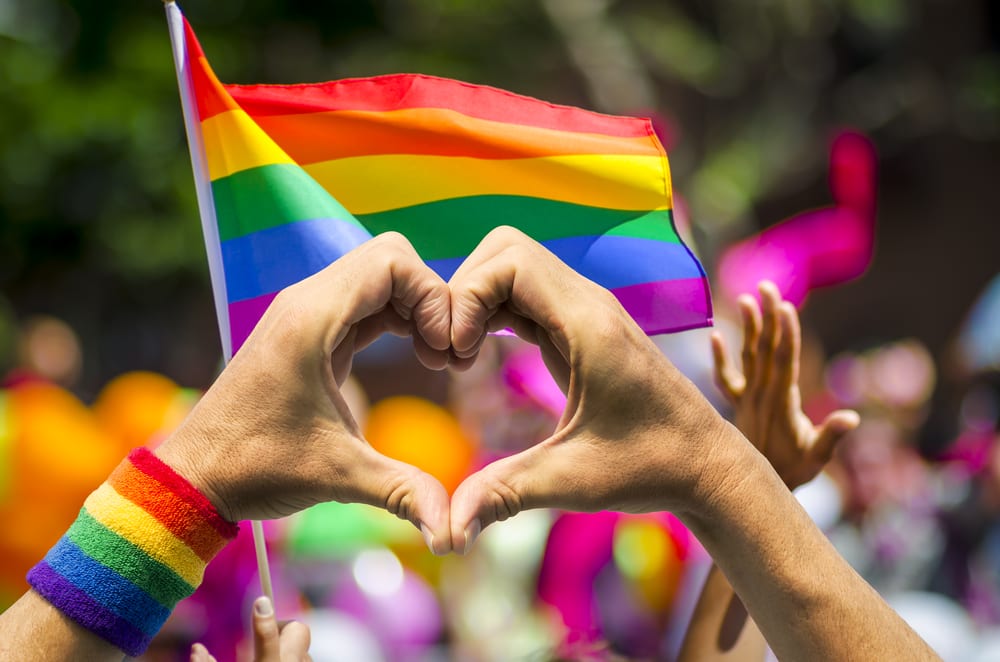 The event also featured a tribute to trans activist, Director and Founder of Liverpool Trans Day of Visibility (TDoV), Imogen Christie. Stepping in to lead Liverpool TDoV’s video message was CMAGIC chair, Tony Griffin, whose heartfelt pledge promised to continue Imogen’s work to create a safer and more inclusive place for trans people living in and visiting the city region, and beyond. He said: “Please, join me in the pledge of keeping Imogen’s memory alive and make sure that Liverpool TDoV goes from strength to strength every year, because that’s what Pride is all about.”

For the second year running the virtual march took place on what would have been the day of the city region’s Pride celebrations – the March with Pride and Pride in Liverpool. The organisation’s physical Pride celebrations were cancelled earlier in the year, due to ongoing uncertainty and risks around mass public gatherings and the COVID-19 pandemic.

Streamed via LCR Pride Foundation’s social media channels, the online event featured messages of support for the LGBT+ community, with many including specific pledges intended to enact real change ‘From Now On’, in line with the organisation’s 2021/22 theme.

“It has been a tough year for the city region’s LGBT+ community. The events of the last few months really tell us why we need to come together. The shocking incidents we’ve seen over the last two months are just a reminder that hate crimes and discrimination still exist and affect our LGBT+ community.

That’s why we’re proud to be a march and a protest. That’s why we want to listen to the community and make sure we keep grassroots activism at our core. It’s why we’ll continue to work with employers, educators and organisations who want to listen and create a better environment for LGBT+ people.

“We have been overwhelmed by the messages of support and the pledges to make real, effective change ‘from now on’ to help us move towards our mission to ensure that the Liverpool City Region can be the most LGBT+ friendly in the UK.