Paul McCartney releases new cookbook in honour of late wife Linda - The Guide Liverpool
Contact Us Advertise with The Guide Our Video Services Follow us:

Sir Paul McCartney has reminisced about cooking alongside his late wife Linda saying he “quite liked chopping the onions, I liked the idea of sparing Linda the tears”.

The Beatles star, 79, and Linda were vegetarians for most of their 29-year marriage and the singer remains a passionate supporter of vegetarianism.

Alongside daughters Mary and Stella, he has written a cookbook – called Linda McCartney’s Family Kitchen – featuring updated versions of Linda’s plant-based recipes plus the dishes the McCartney family now eat at home.

Linda, who died of breast cancer in 1998 aged 56, was a celebrated photographer who was voted US Female Photographer of the Year in 1967.

A year later she became the first female photographer to have her work – a picture of Eric Clapton – featured on the cover of Rolling Stone magazine.

Recalling how they used to cook together, Sir Paul said: “I would always volunteer, because we were very close and I was often in the kitchen by her side. I would say, ‘Anything you’d like me to do?’

“And one thing I didn’t mind doing was chopping the onions – even though it made me very emotional… I’d even cry sometimes!

“I quite liked chopping the onions, I liked the idea of sparing Linda the tears.”

He added: “Generally speaking, I wasn’t a bad cook. But she was so much better that I only did the occasional meal. I did a good breakfast – I would use a lot of fruit, peel the mango and cut it all up, slice the melon and deseed it, and make it all nice on the plate. 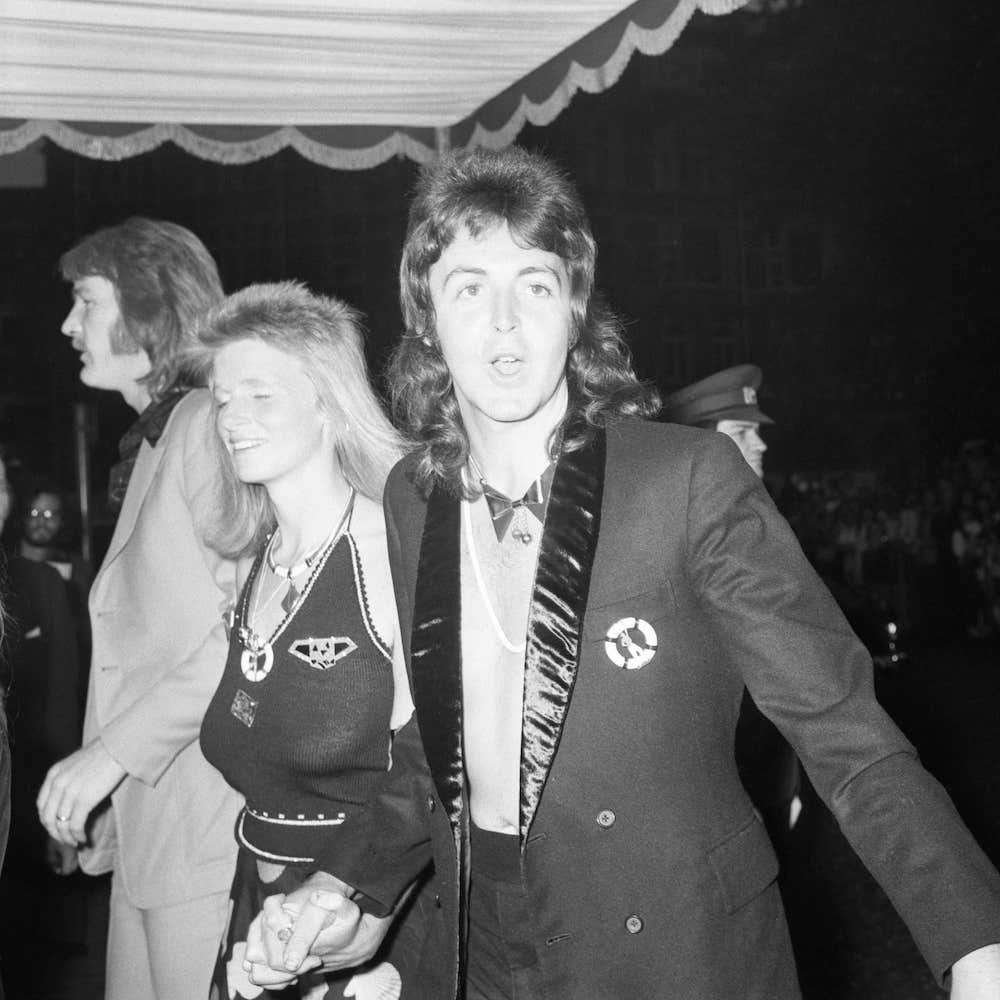 “But she was definitely the main cook: the ‘Cook of the House’.”

Sir Paul said it had been a mutual decision between him and Linda to try vegetarianism in 1975.

He said: “It was a joint decision, definitely. We were both quite happy eating meat, because she was a great cook, and we didn’t really think about it until we were on the farm one day eating a lamb dinner and both realised that the lambs outside were what we were eating. We didn’t like that.

“We said, ‘Shall we try going vegetarian?’ And actually, it was a very exciting point in our lives, trying to think of what we would have to fill the hole in the middle of the plate.

“Now of course, it’s really not difficult at all. You just go down the shops and most places will have great veggie options. It was a joint decision and we never looked back. It was a great thing to do, and it turned out we became part of a vegetarian revolution.”

The veteran rocker said that at first it was “very difficult” to find vegetarian food in restaurants.

He added: “Once, Linda and I went to dinner with her dad who was visiting London from New York, and he took us to a very posh hotel and we explained we were vegetarian.

“The guy serving us was totally puzzled and didn’t look too happy at all, and then brought out a plate of steamed vegetables, which we weren’t too happy with either!”

Sir Paul launched Meat Free Monday, which encourages people to go without meat once a week, with daughters Mary and Stella in 2009.

Since then the charity has worked in schools, universities, restaurants and businesses, made an appeal at the EU Parliament and published a cookbook.

Linda McCartney’s Family Kitchen by Linda, Paul, Mary and Stella McCartney will be published on June 24 2021.