Pixie Lott, Rak-Su, Horrible Histories and more added to CBBC Summer Social - The Guide Liverpool
Contact Us Advertise with The Guide Our Video Services Follow us: 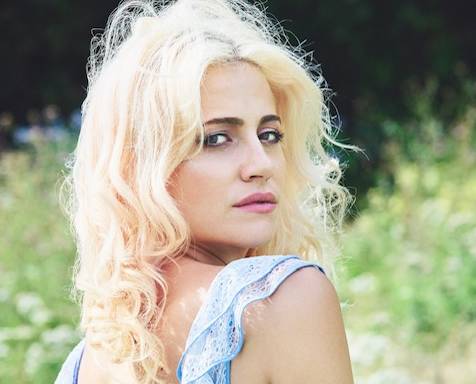 Famous for number-one hits including ‘Mama Do (Uh Oh, Uh Oh)’ and ‘All About Tonight’, four-time BRIT Award nominee Pixie Lott is a welcome addition to the Saturday bill and sure to gather crowds and ignite the festival party.

British band Rak-Su, who rose to fame after winning X Factor,  , will have the crowds’ hearts ‘beating rápido’ on Saturday. Childhood friends Ashely, Jamaal, Myles and Mustafa became the first male band in the show’s history to take the winning title in 2017 and are without doubt a must-see at this year’s festival.

Other confirmed acts for Saturday include British pop trio New Hope Club and female pop group Four of Diamonds, who also found their fame on X Factor, whilst a screening and cast Q&A of the much anticipated Horrible Histories movie will excite those looking for a hit of history. Also joining the line-up, and needing no introduction, are teen music sensations Max & Harvey. The duo’s refreshingly fun and authentic sound has connected with listeners across the globe racking up over 4m followers on social media and guaranteed to be a festival highlight!

Dancing their way to the stage for energetic performances, sure to get the crowds moving, the cast of The Next Step and Britain’s Got Talent’s Mersey Girls will also showcase their talents on Saturday.

Alice Webb, Director, BBC Children’s, said: “We are so excited to announce more acts to our already bursting line-up of music artists and BBC stars. As we celebrate the return of BBC Summer Social to Liverpool for our second year, we are confident that 2019 will be bigger and better than ever.”

Taking place within the grounds of Croxteth Country Park in Liverpool over two days (August 3rd and 4th), BBC Summer Social will showcase a unique line-up of fabulous musical stars, the very best BBC, CBBC and CBeebies talent and the most popular family shows the BBC has to offer.

All around Croxteth Country Park visitors can discover immersive activity zones, theatre shows, interactive and inspiring workshops, a spectacular range of outdoor and indoor activities and live appearances from the most popular children’s authors.

Tickets are on sale now, priced at £23.50pp plus £1.50 booking fee (free for under 2’s) and include all activities, rides and performances at the festival. Further information visit bbc.co.uk/summersocial