Plans announced to relax self-isolation measures from August 16 - The Guide Liverpool
Contact Us Advertise with The Guide Our Video Services Follow us:

Sajid Javid has announced that the rules on self-isolation are to be eased for the fully vaccinate and under-18s.

People in those categories who have come into contact with a coronavirus case will not need to shut themselves away for the 10-day isolation period once the change comes into force on August 16.

The Health Secretary’s announcement follows Boris Johnson’s decision to tear up England’s coronavirus regulations at Step 4 of the road map, expected on July 19.

Mr Javid told MPs that from August 16, anyone who is a close contact of a positive case will no longer have to self-isolate if they have received two doses of a vaccine and have given the second jab a fortnight to take effect.

“As we make this change we will be drawing on the huge capacity we have built for testing and sequencing and advising close contacts who are fully vaccinated to take a PCR test as soon as possible so they can get certainty about their condition,” he said. 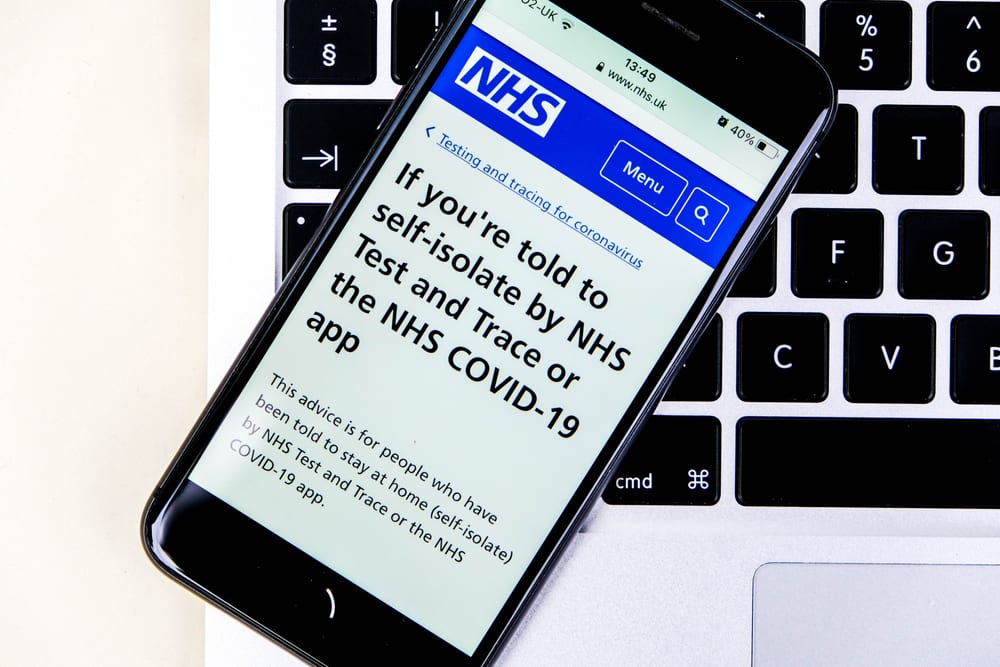 Anyone who tests positive will have to self-isolate, regardless of their vaccination status.

“This new approach means that we can manage the virus in a way that is proportionate to the pandemic while maintaining the freedoms that are so important to us all,” he said.

As under-18s are not routinely jabbed, a similar exemption from self-isolation rules will be extended to them.

“Anyone under the age of 18 who is a close contact of a positive case will no longer have to self-isolate.

“Instead they will be given advice about whether they should get tested, dependent on their age, and will need to self-isolate only if they test positive.”

Education Secretary Gavin Williamson also set out plans to scrap the “bubble” system which has led to classes – or even whole schools – being forced to stay at home if cases are detected.

He told MPs: “We recognise that the system of bubbles and isolation is causing disruption to many children’s education.

“That is why we’ll be ending bubbles and transferring contact tracing to the NHS Test and Trace system for early years settings, schools and colleges.”

The changes will come in at Step 4 of the road map.

And Transport Secretary Grant Shapps will update MPs later this week on how to “remove the need for fully-vaccinated arrivals to isolate when they return from an amber list country”.

Mr Javid said: “Step by step, jab by jab, we are replacing the temporary protection of the restrictions with the long-term protection of the vaccine so we can restore the freedoms which we cherish and the experiences which mean so much for us all.”

The announcements follow Mr Johnson’s gamble on trusting the wall of immunity provided by vaccines, and the judgment of the English public, once legal restrictions in England are lifted.

The Prime Minister acknowledged there may be 50,000 new cases a day by that point, but said that if legal limits on gatherings and laws requiring the wearing of masks were not lifted this summer, they may have to remain in place for another year.

Mr Javid suggested cases could rise to more than 100,000 a day in the summer as restrictions are eased.

Labour called the Government’s plan “reckless” and called for ministers to maintain protections such as mask-wearing.

Mr Javid told MPs: “I understand that some people are cautious about the idea of easing restrictions, but we must balance the risks – the risks of a virus that has diminished but not defeated, against the risks of keeping these restrictions and the health, social and economic hardship that we know they bring.”

Professor Calum Semple, a member of the Scientific Advisory Group for Emergencies (Sage), has said the lifting of coronavirus restrictions is a “calculated risk”.

He told Times Radio: “We do have good data now that does indicate we are gradually breaking the links in the chain between community cases and severe cases in hospital.”

He went on to say: “I should point out, looking at the data last night, 88% of people in hospital, from what I could see, had not been vaccinated or had had the vaccine but hadn’t had the chance to develop immunity, so that’s within 28 days of the vaccine.

“There’s now an incredibly strong signal that the vaccination is working and protecting the vast majority of people.” 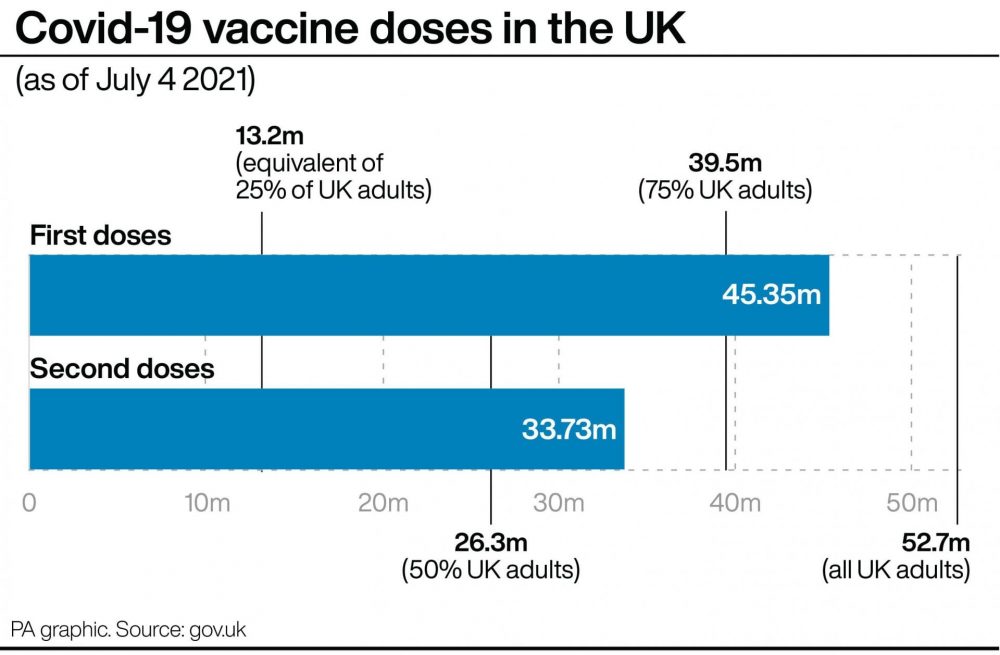 Another government adviser, Professor Neil Ferguson, said he expected the impact of the vaccines would keep deaths far lower than in previous waves.

“What we do know is in the second wave there was a certain ratio between cases and hospitalisations, and that ratio right now is being reduced by more than two-thirds, as we get more second doses into people it will go down even further,” he told BBC Radio 4’s Today.

“Even more positively, the ratio which we saw in the past between case numbers and deaths has been reduced by more like eight to 10-fold.

“So the third wave, even if the number of cases per day gets very high, we’re still likely to see lower numbers of hospitalisations and deaths than we saw back in December and January just gone.”

Find out the latest Covid-19 guidance for Liverpool here.