Policing continues as normal despite lockdown — here's a 24hr snapshot from Merseyside Police - The Guide Liverpool
Contact Us Advertise with The Guide Our Video Services Follow us:

Over the past 24 hours Merseyside Police say they have continued to make arrests, recover cannabis farms, seize weapons and protect the public despite lockdown.

In Aigburth, officers recovered a cannabis farm with approximately 115 plants on Alma Road yesterday (20th April). A warrant was undertaken at the address and a 22 year old man was detained inside as he tried to escape out of the back of the property. The farm was spread across four rooms and a number of bin bags were also located full of cannabis bud.

The man was arrested on suspicion of production of cannabis, possession with intent to supply and abstracting electricity. He was taken to custody for questioning.

The man was this morning (21st April) charged for the offences and appeared at court where he was remanded until 19th May. 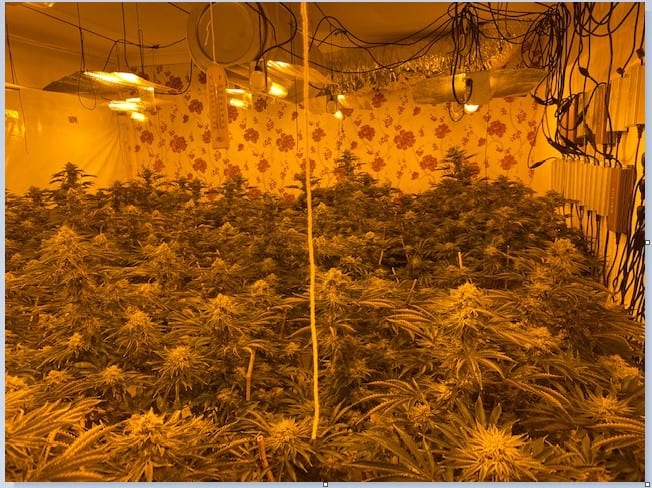 Officers were then called to reports of a serious assault on Hollingbourne Road, Liverpool yesterday (20th April). Following this, they were tasked with locating two people they believed to be responsible.

After a number of enquiries, officers managed to locate two people on Marcham Way believed to be the offenders – a 21 year old man was arrested on suspicion of section 18 wounding and an 18 year old woman was arrested on suspicion of section 47 assault. Along with this, officers recovered an air rifle during a search of a property.

Both the man and woman were taken to custody where they currently remain.

Elsewhere in Netherton, officers carried out a search of a property on Northumberland Way where two 18 year old men were arrested on suspicion of possession with intent to supply drugs, handling stolen goods and theft after nearly two kilos of cannabis, a large amount of cash, three bikes and drugs paraphernalia were recovered.

In Haydock, a 32 year old man was arrested on two no bail warrants for drugs offences. He was later charged and will appear at Liverpool Crown Court on 1st May. 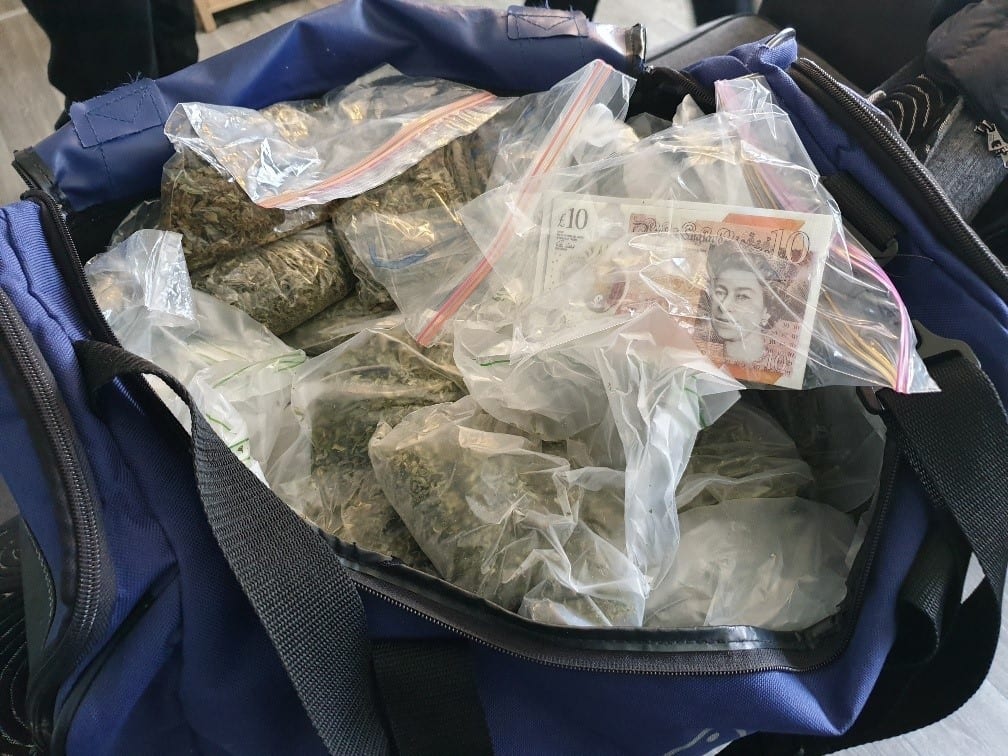 Whilst on the Wirral, officers arrested four people for possession with intent to supply Class A drugs.

The first arrest came after a 28 year old man was spotted acting suspiciously in the communal area of a block of flats in Upton where he was believed to have been involved in a drugs transaction. A search of one of the flats was consequently undertaken where inside, a 36 year old woman and a 37 year old man were located, resulting in the second and third arrests.

The forth arrest came after another woman, aged 42, returned to the address during the search where officers also found around 150 wraps of suspected crack cocaine and heroin and a large amount of cash. All four were taken to custody.

Merseyside Police said “It remains crucial that the public abide by government guidance and by doing so, normality can resume. However, it is also vital that during lockdown, officers continue to carry their our day job to support local businesses, protect communities and arrest dangerous people.

That’s why during these uncertain and challenging times, we want the public to do what they can to keep each other safe, by staying home but remaining vigilant where they can and reporting crime to us so we can continue to investigate.

If you are concerned about someone being involved in criminal activity, please don’t put yourselves in danger, contact us and we will act on this information. We are all adapting to a new ‘normal’, but our capabilities and efforts to bring dangerous people to justice remains our priority.”