Randox Grand National: 10 most memorable moments from Aintree over the years - The Guide Liverpool
Contact Us Advertise with The Guide Our Video Services Follow us:

Randox Grand National: 10 most memorable moments from Aintree over the years

The Randox Grand National is all about heart-thumping, nail-biting memorable moments, and that huge excitement of watching your horse take on the biggest challenge in racing.

Every year has its own special something, whether it’s in the backstory of the winning horse, the jockey who brings it home or the drama of the race itself.

Nothing can quite compare to the thrill of the National, that’s guaranteed to happen, but some events – or non-events – have gone down in the festival’s history.

Here are our 8 most memorable Randox Grand National moments …

First on the list has to be the legendary Rummy, who has a special place in every National fan’s heart even those who weren’t lucky enough to have money on him. Red Rum is still the only horse to have won the race three times – in 1973, 1974 and 1977. Purists thought he might be too old at 12, but he was so loved by punters that he went off as joint 9-1 favourite in 1977. He showed his class after Becher’s, crossing the line for a historic third win 25 lengths ahead of nearest rival Churchtown Boy.

It was hard to imagine more riding on a race than the 2010 National and AP McCoy’s horse Don’t Push It. The jockey had amassed so many big wins in his long, successful career, but the National was the one which always seemed to get away. He’d missed out 14 times before, until finally in 2010 a record crowd of over 70,000 saw him win by five lengths on the 10-1 favourite. “Winning the biggest race in the world is everything,” said an emotional McCoy afterwards.

1967 was the one that punters dream of – a 100-1 shot somehow coming home first. In fact, the racing gods were on Foinavon’s side, because it was thanks to a riderless horse causing mayhem that the Irish no-hoper was able to claim glory. At the 23rd fence, Popham Down veered across the other runners, causing a pile-up of fallers, unseated riders and refusals. Foinavon’s jockey, National first-timer John Buckingham, managed to steer him clear and stay ahead of the remounted chasers to win.

The closest ever finish

With more than four miles to run, it’s rare that the leading horses are super-close by the time they reach the finishing post but 2012’s race was the exception. That was the closest finish in National history. The grey, Neptune Collonges, joint favourite Seabass and Sunnyhillboy were all in contention in the closing stages, but the 33-1 Neptune Collonges, ridden by Daryl Jacob, put on an incredible final surge on the run-in to beat Sunnyhillboy by a nose in a photo finish.

A heartwarming triumph for the big screen

1981’s Grand National victory didn’t just have punters cheering, it brought them to tears too as jockey Bob Champion rode Aldaniti to victory just two years after being diagnosed with cancer. Even the horse had recovered from chronic leg problems so they really were an unbreakable pairing. After winning the race by four lengths, ahead of the favourite Spartan Missile, the story of Aldaniti and his jockey went on to be made into a film, Champions, starring John Hurt.

The pressure must be on if you’re a horse owned by the Royal Family – or a jockey riding one, come to that. Pity then Devon Loch and Dick Francis, his jockey (who went on to become a very famous novelist, so probably got over it!) who were famous for all the wrong reasons after 1956’s Grand National. The Queen Mother’s horse was in front and crowds were already celebrating when he slipped 50 yards from the finishing post, making him the National’s unluckiest loser.

1997’s Grand National made the history books when the race had to be postponed after IRA bomb threats were made. 60,000 spectators, jockeys and owners were evacuated for their own safety, and with hotel rooms all booked local homeowners came to the rescue and offered beds for the night. Police discovered two suspicious devices and carried out controlled explosions at the course. Undeterred, the race went ahead two days later, on the Monday, when 14/1 Lord Gyllene galloped home.

Tiger Roll, “the people’s horse”, became the first since Red Rum to win back-to-back Nationals when he claimed a double victory in 2018 and 2019. The Irish thoroughbred came from humble beginnings and is only small for a racehorse, but he has a huge heart and went on to not only become an Aintree hero but win five times at Cheltenham Festival. Only the cancellation of the 2020 race prevented him from going for a record-breaking straight hattrick of Grand National wins.

?Everyday this week we're getting you Randox #GrandNational ready with @RandoxHealth who have a £500 health check to giveaway PLUS £500 cash.

?RT/ LIKE/ REPLY with one thing you are missing about the Randox Grand National Festival.

Randox Health are launching a competition to win a complete health check at Randox Health Clinic Liverpool PLUS £500 cash!

The Randox Health Check is the world’s most advanced scientific check, assessing 25 areas of the body and delivering 150 results so you’ll receive a comprehensive understanding of your body’s health.  They believe that each person’s health is unique, that’s why their tailored packages are too.

Randox Health are part of the Randox family, sponsors of the world’s greatest steeplechase race, the Randox Grand National.

This year, across the Randox Grand National Weekend (8th-11th April 2021) they are offering 20% off all Health Packages when you use the code ‘GrandNational20’ on checkout. 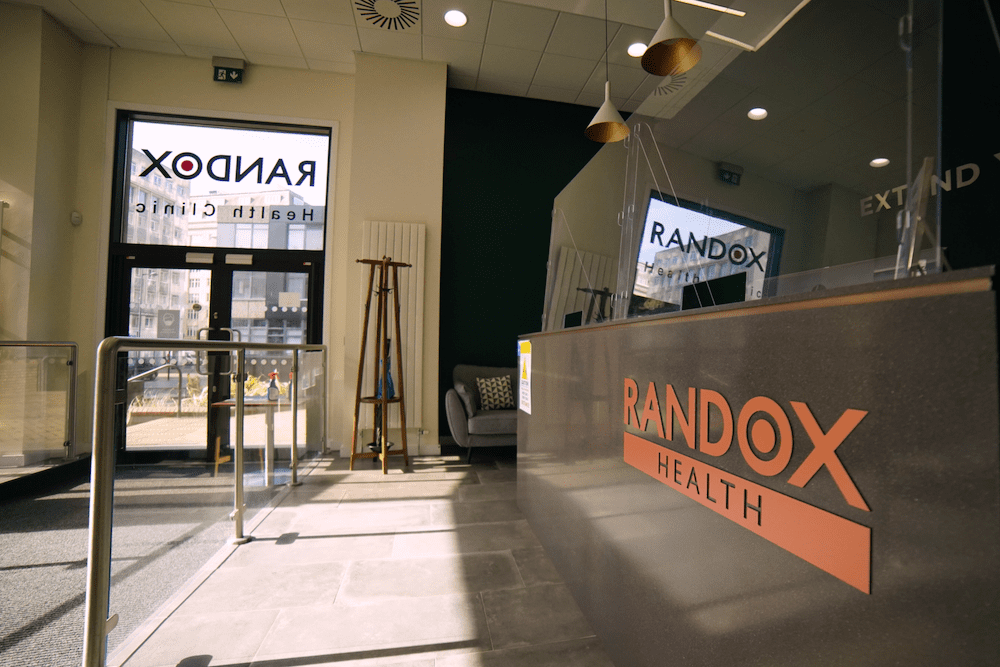 Winners must be aged 18 or over and be able to attend the Liverpool Randox Health Clinic for their Health Check.  For more T&C’s visit the website here.