Renowned Palestinian hip hop crew DAM are coming to Constellations for Liverpool Arab Arts Festival - The Guide Liverpool
Contact Us Advertise with The Guide Our Video Services Follow us: 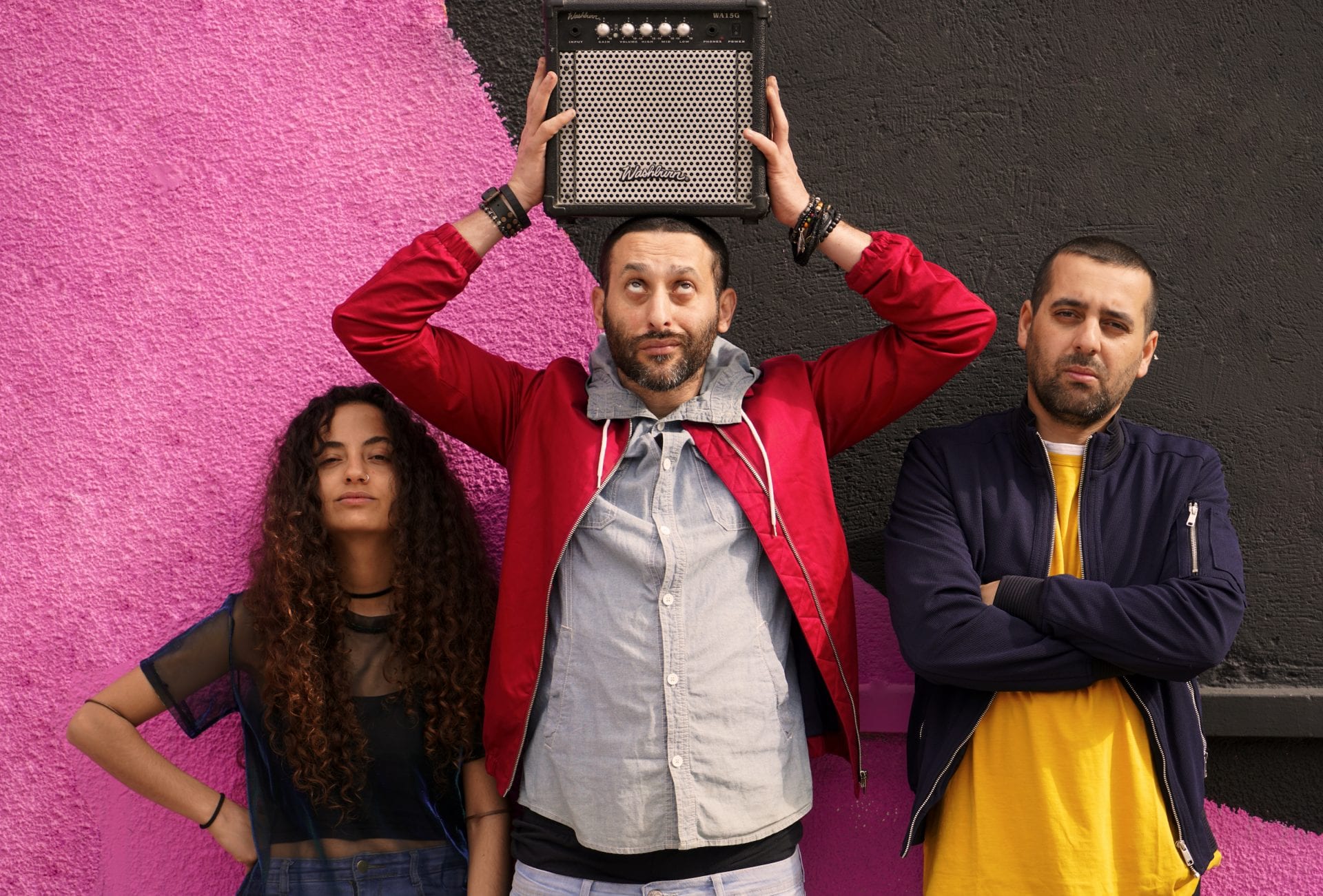 They will be supported by DJ Sotusura, who has become known as one of the most intriguing contributors to the Middle East’s hip hop scene.

Mastering a unique combination of Arabic percussion rhythms, Middle Eastern melodies and the band’s signature brand of hip hop, DAM has grown to become one of the most influential acts of the Middle East’s urban music scene.

Heralded as “the spokesman of a new generation”, DAM was founded by MCs Tamer Nafar, 27, his younger brother Suhell Nafar, 23,and Mahmoud Jreri, 24.

The trio began working together in the late 1990s, becoming the first Palestinian hip hop crew and among the first to rap in Arabic. Struck by the uncanny resemblance of the reality of the streets in Tupac’s videos to their own neighbourhood of Lyd, they were inspired to tell their stories through this potent new medium.

In 2016, with Suhell living in the US, Maisa Daw officially joined DAM with the release of “#Who_You_R”, an incendiary critique of social hypocrisy and norms. They will be joined at Constellations by their live band featuring DJ Bruno Cruz (Electronics) and Nancy Mkaabal (Keys & Synths).

Captivating and cunning, the group has been featured in Rolling Stone, Vibe, Q, Reuters, and The New York Times, and has appeared on MTV, CNN, BBC, and Al Jazeera. Recently signing with UK label Cooking Vinyl (Goldie, Groove Armada, Trio Joubran, 47Soul) they are gearing up to release their new album “Between Hannah and Mannah” and will be playing Liverpool as part of their highly-anticipated England tour.

Cunning, creative and inventive, DJ Sotusura emerged with the nascent development of underground groups such as Ramallah Underground in the early 2000s. His love of collecting records would not only define his signature sound, but his impressive collections of beats and tracks and had him sought out by artists such as DAM, El Far3i, Malikah, Omar Offendum and Narcy.

For the past two years, he has fully emerged himself in the creation of Saleh El Ahlan his debut solo album, which is set to  be released on 31 January 2019. A long journey come to life, Saleh El Ahlan is at its core, a confirmation of DJ Sotusura’s signature sound, mixing samples of classic Arabic tunes with old school hip hop beats.

The Liverpool performance by the boundary-breaking crew has been facilitated by Arts Council England and Liverpool City Council Festival Enhancement Funding (www.liverpoolfestivalcity.com).

To book tickets for DAM at Constellations, visit the website here.

For more information on LAAF 2019 www.arabartsfestival.com