Review: Half Term Panto, The Wizard of Oz at St Helens Theatre Royal - The Guide Liverpool
Contact Us Advertise with The Guide Our Video Services Follow us:

Review: Half Term Panto, The Wizard of Oz at St Helens Theatre Royal 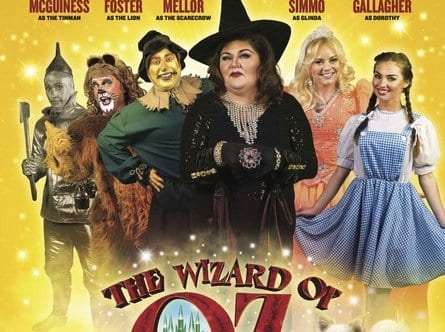 We’re off to see the Wizaaaard, the wonderful Wizard of Oz! Well actually we’ve already been!

St Helens Theatre Royal is showing The Wizard of Oz, the hilarious, hit panto you need to see this half term. Starring former Eastenders actress, Cheryl Fergison, our very own Claire Simmo and a whole host of local actors and performers, we sent our Kate and her girls, Ellie age 11 and Cleo age 5 to check it out……oh yes we did!

If you’ve never been to the Theatre Royal, it’s slap bang in the middle of St Helens and really easy to get to by bus, train and car. We arrived early to stock up with affordable Candy Bar treats and drinks, and because they girls had been driving me mad all day with exictement! We took our seats in the cosy auditorium to wait for the panto to begin. It doesn’t matter where you sit at the Theatre Royal, you’ll be part of the action regardless (think super soakers and falling snow). 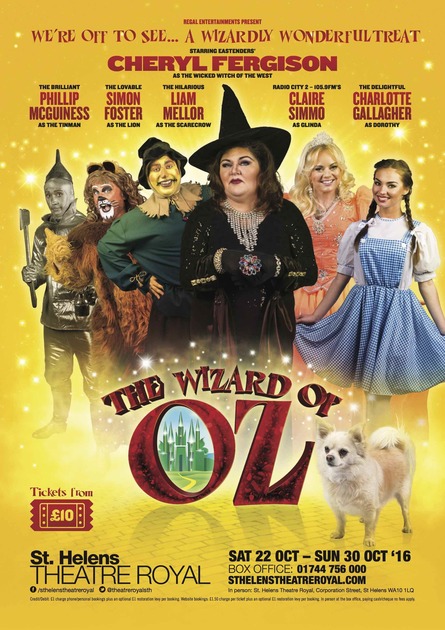 I was looking forward to an evening out that was fun for both of my girls, despite the 6 year age gap and the panto didn’t dissappoint. From high-energy show tunes with brilliant choreography and acrobatics, to the best behaving Toto we’ve ever seen! Ellie picked up some of the more adult-orientated gags (which had me full on laughing) while Cleo was giggling away at the slapstick falling over and fart jokes!

My fave character is the Tin Man and his 70s disco moves, with the menacing Eva the Wicked Witch in close second. The references to Eastenders and the St Helens/Liverpool rivalry are hysterical and we’re all hoarse from singing along with the fabulous Claire Simmo as the Good Witch Glinda who belted out so many show tunes, we lost count.

The added twists in the tale (teddy bears picnic and a very watery musical number that had us all roaring with laughter) helped bridge the age gap, and kept us all clapping along to the final curtain. From toddlers to teenagers (and 30 somethings) we loved it! 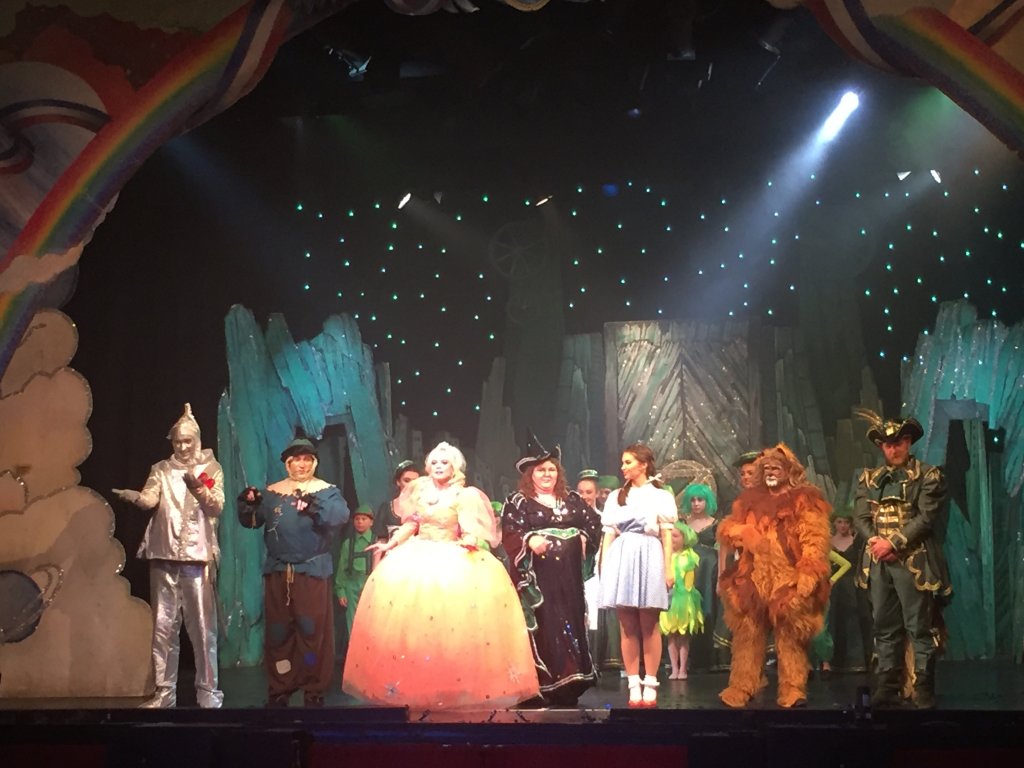 My favourite part of the panto was all the falling over! The Scarecrow was the best character as he kind of tells the story and is so funny at the same time. At one point he slipped over and the other actors were just giggling at him lying on the floor and trying to sing the rest of the song.

The lion has the best costume, it’s just like the one in the film and the actor who played him was totally transformed. I thought the part of the story where the twister comes and takes Dorothy to Oz was a bit scary, just because it’s loud and it felt like the room was spinning, but it was really just on the screen.

I think my friends would really like the panto and laugh at the fart jokes and they’d definitely sing all the songs as well. 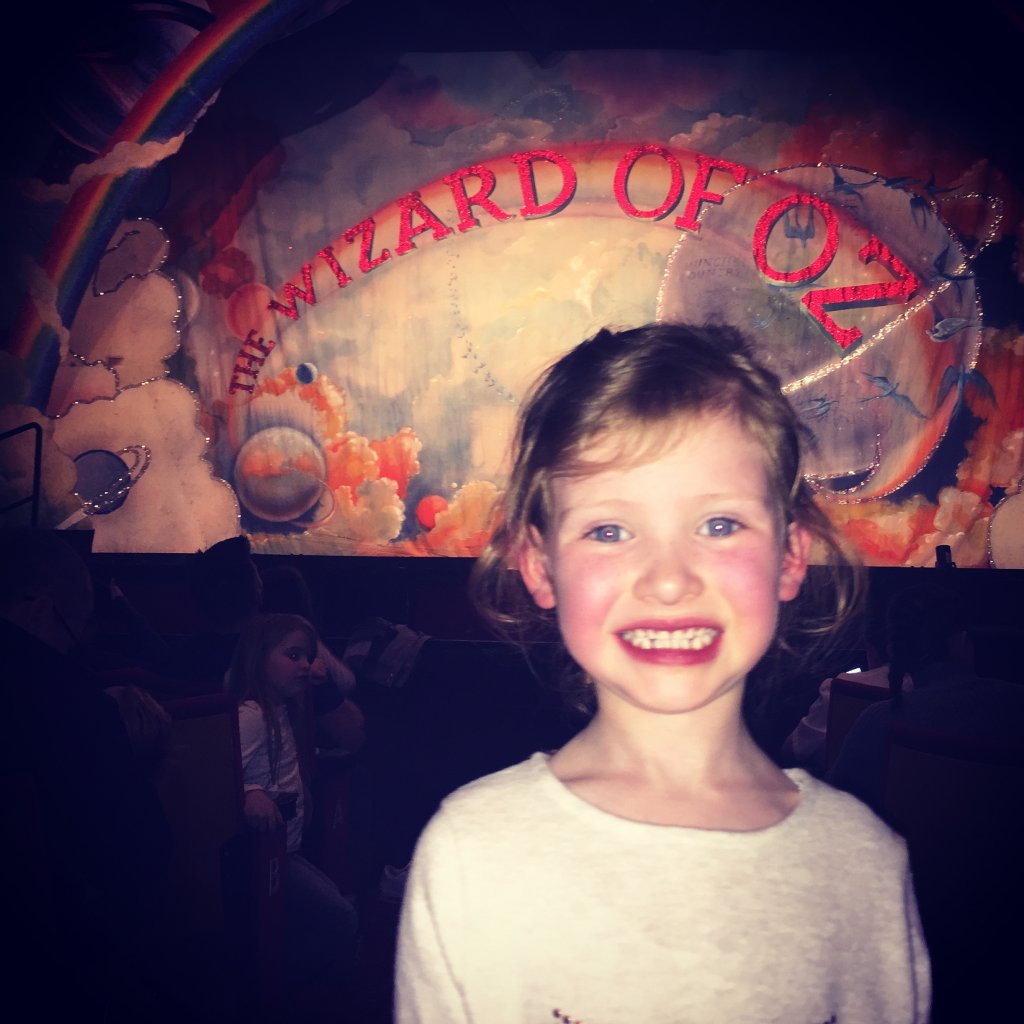 The Lion was my favourite character because it was funny when he tried to scare Dorothy and her friends but really he’s just a scaredy cat. I was scared of the monkey with the wings but my mummy said it’s just a man dressed up pretending. The pink Witch is nice and helps Dorothy go back home to where she came from. I sang all the songs and my hands were hurting because we all clapped really loud. I want to see Dorothy again, it was good.

The Wizard of Oz is at St Helens Theatre Royal until October 30th with tickets available from £10. Click here to get yours and have a hysterical half term treat with your little ones!