Review: Peter Pan at St Helens Theatre Royal - The Guide Liverpool
Contact Us Advertise with The Guide Our Video Services Follow us: 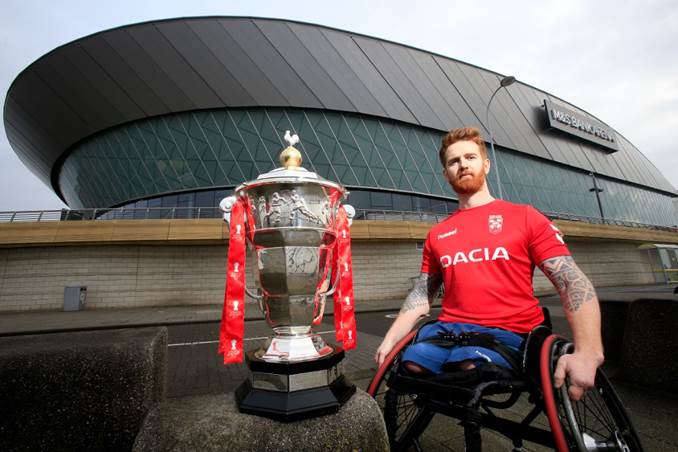 Easter panto at St Helens Theatre Royal, with a poster and cast that looked so impressive it was top of my agenda to go and watch it – and it did not disappoint!

My son who is 3 has been petrified of his last 2 pantomimes (so much so that he had had to be taken home in floods of tears!) braved his 3rd attempt at one. The groundwork was laid and he knew all the characters before we even stepped in the doors. Possibly the best review I could give is summarised in his excited, smiling face bouncing up and down that shouted “Daddy I loved it!” when the curtain came down.

Truth be told, so did I! I have watched a lot of productions in St Helens Theatre Royal and if I’m honest I was expecting the same curtains, the same rehashed costumes, the same effects and set – But I was wrong. Money has been invested in it – full with flame throwers, projected video and more bangs and poofs than the dame’s dressing room. When you consider that their Peter Pan dropped out only a few weeks ago and was replaced by the brilliant Ray Quinn last minute and that the choreographer – Sarah Walker – had to step in for one of the dancers only a few days before the show, it makes this production even more impressive.

Speaking of the cast, it was what I would consider a perfect blend. Liam Mellor who writes the script and plays the part of Smee is made for pantomime. One could only wonder what career he would have other than pantomime. It’s no surprise that we are seeing more of Liam Mellor including at the Liverpool Empire this coming Christmas.

He is joined by Simon Foster who plays Smee’s wife, who is proudly dubbed St Helens resident dame – although it’s surprising that he isn’t in higher demand from theatres across the country. It’s a case of “whatever you can do I can do – if not better” between Simon and Liam throughout, who naturally (and literally!) bounce off each other throughout the show like they have worked together for years.

This isn’t to leave out the rest of the cast, with fantastic singing and dancing from Charlotte Gallagher and Ray Quinn throughout. Wendy played by Laura Gregory adds what I can only describe as “panto-lovability” every time she is on the Theatre Royal Stage – Her dancing, singing, flying and energy is admirable throughout.

However I feel it wouldn’t be the special pantomime it is without Phillip McGuinness and Claire Simmo. Phillip was a shock to me – I was aware of his talent and professionalism before the show but seeing it on stage blew me away. You can tell he has put time and effort into perfecting the role of Captain Hook. His audience interaction, ability to improvise when things went wrong and acting is more than impressive. Claire Simmo played Tinkerbelle effortlessly as we would expect, but it is what she brings to the show as a whole that is impressive. Not only is she the believably fairy who seems like she is always in character both on and off stage, this is displayed in how she conducts herself with true professionalism.

I stayed in my seat for a while after the show finished watching Claire Simmo and Liam Mellor sit with a large queue of excited children getting pictures. Greeting each new child with enthusiasm, asking them if they enjoyed the show, if they were excited for Easter and just making the show more of an experience to remember for the kids. They must have stayed behind doing this for each child for about 40 minutes after the show ended – which isn’t only a testament to them as performers, but is testament to them as people- Which for me, captures the true spirit of a pantomime.

Fantastic set, show, costumes and cast and a lovely experience for kids – 9.5/10 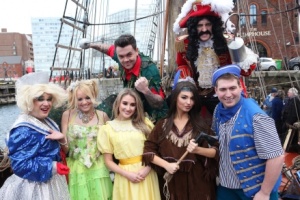