Review: Step back in time with St George’s Hall, The Footman Tour

Think you know our majestic St George’s Hall? The Milton floor, the vaulted ceiling and the stunning Concert Room……but do you know what lurks beneath….and above for that matter?

For the first time ever, St George’s Hall is inviting the public to explore all the nooks and crannies that aren’t normally on display, and it’s not for the faint hearted.

We sent our Kate (In huge wedges) to meet the hilarious (and sometimes a bit menacing) Victorian footmen hosts, to learn all about the real St George’s Hall, before the tour opened to the public on Saturday 20th August, 2016. 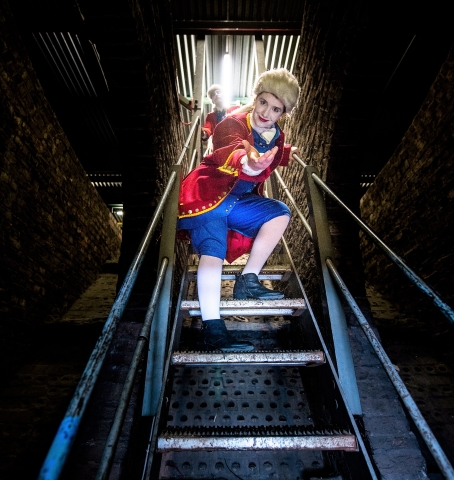 I turned up at St George’s Hall Heritage Centre in a summer dress and wedges as it was 23 degrees outside and I’d wrongly assumed The Footman Tour would be a leisurely wander through the Great Hall and Concert Rooms. So, so wrong!

St George’s Hall manager, Alan Smith explained: “The tour will reveal the passages beneath our feet that carry with them many unsolved mysteries, from hidden treasure to darker tales of the tunnels being a place of torture, worship and even cannibalism!”

10 minutes later I was decked out in a fetching boiler suit and hard hat and following two Victorian Footmen, Smith and Jones, up rickety wooden stair cases and down dark tunnels while they cackled about health and safety being non-existent in their time, eeeek!

The tour took me to beyond the stunning vaulted ceiling of the great hall, climbing to heights I’d ordinarily be a bit nervous about, but the hosts were brilliant at engaging the group with loads of stories about how the Great Hall had been built, used and revamped over the hundreds of years its stood at the heart of the city. 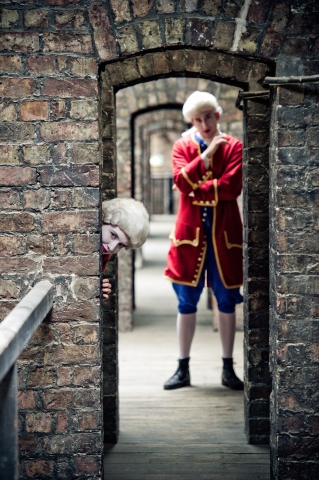 The theatrics of shouting ‘OBJECTION’ into the empty civil court room, and tracing Victorian children’s finger prints in the roof space brickwork, makes this a real hands-on experience. Plus loads of selfies with the powdered wigged footmen for our Instagram page of course!

This is an absolute must for those who love their local history and want to be the first to experience these hidden treasures.

However, this is not your average walking tour, despite the fact I managed to scale St George’s Hall in heels, sensible footwear is advised and you will need a level of fitness as you weave your way through the sometimes steep and narrow passageways.

The Footman Tour at St George’s Hall takes place on Saturdays and Sundays. Tickets are £20 for the tour and £29 for the tour plus afternoon tea at the Heritage Centre Café. More info available from www.stgeorgesliverpool.co.uk