Sir Ringo Starr has criticised world leaders gathered in New York for the United Nations general assembly, saying: “I do wonder about politicians, do they have kids?”

The former Beatle, 81, is releasing an EP called Change The World and referenced its title as he suggested those in power were not doing enough to fight environmental issues.

US President Joe Biden, China’s President Xi Jinping and Prime Minister Boris Johnson are among those attending or speaking at the event.

Speaking during an online press conference, Sir Ringo said: “The expression ‘change the world’, we are changing it for the kids. There are all those people meeting in New York right now. Half the world is on fire, half of it is under water.

“They are still, ‘Well, we won’t do that’. I think we have to do a lot. So, I would like to change the world for the kids.

“I do wonder about politicians, do they have kids? Do their kids have kids? Isn’t that reason enough to let us breathe and let us find water.”

Sir Ringo also expressed surprise at the number of people not wearing masks in London.

The drummer, who is a great-grandfather, recently returned to the UK with his wife Barbara Bach from their home in Los Angeles to visit his extended family.

He said: “Barbara and I were just over in England. We went over there to see our kids and the grandkids and everybody. We had a couple of weeks there, which was great.

“You are still a bit like ‘woah’. Walking up King’s Road we are the only ones with masks on. But that’s how it is. 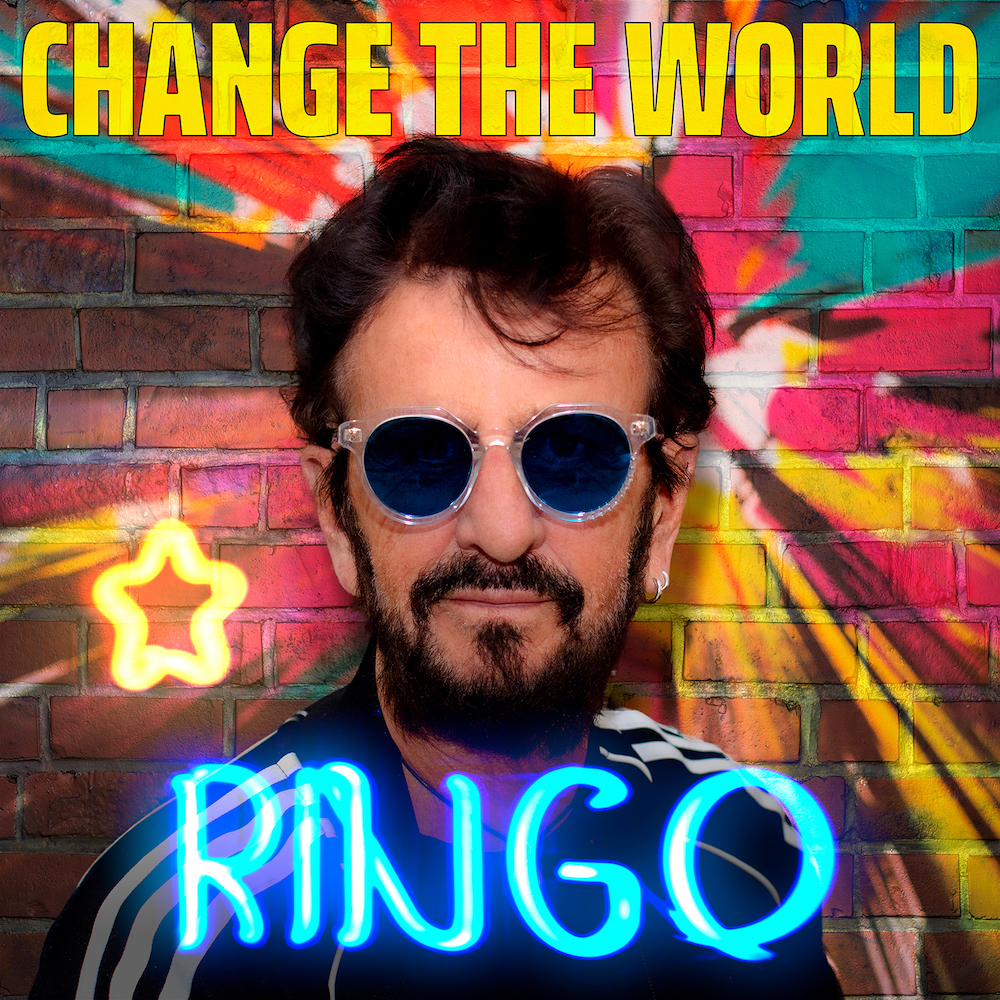 “This year I feel we can move. Because of the vaccination we can actually move a little more than we did last year.”

He also remembered Rolling Stones drummer Charlie Watts, who died in August, as a “great guy” and added: “He had a harder band than I did to keep together.”

Sir Ringo recalled a party at his home in the 1970s attended by Watts and Led Zeppelin drummer John Bonham.

He said: “You have got three drummers just hanging out. Bonham got on the kit. It’s not like on stage where you nail them down so they are steady. As he was playing the bass drum was hopping away from him.

“You had Charlie Watts and Ringo holding the bass drum for him as he played – and you think, ‘Ah man, that would have been a great little video, a TikTok or a photo, would have gone worldwide’.

“But in the 70s I had parties and you will never find any photos because I wouldn’t let you take photos in my house. I always think that would have been a great shot to have.”

Change The World will be released on Friday September 24.