Rock Legends Iron Maiden Are Heading For Liverpool - The Guide Liverpool
Contact Us Advertise with The Guide Our Video Services Follow us: 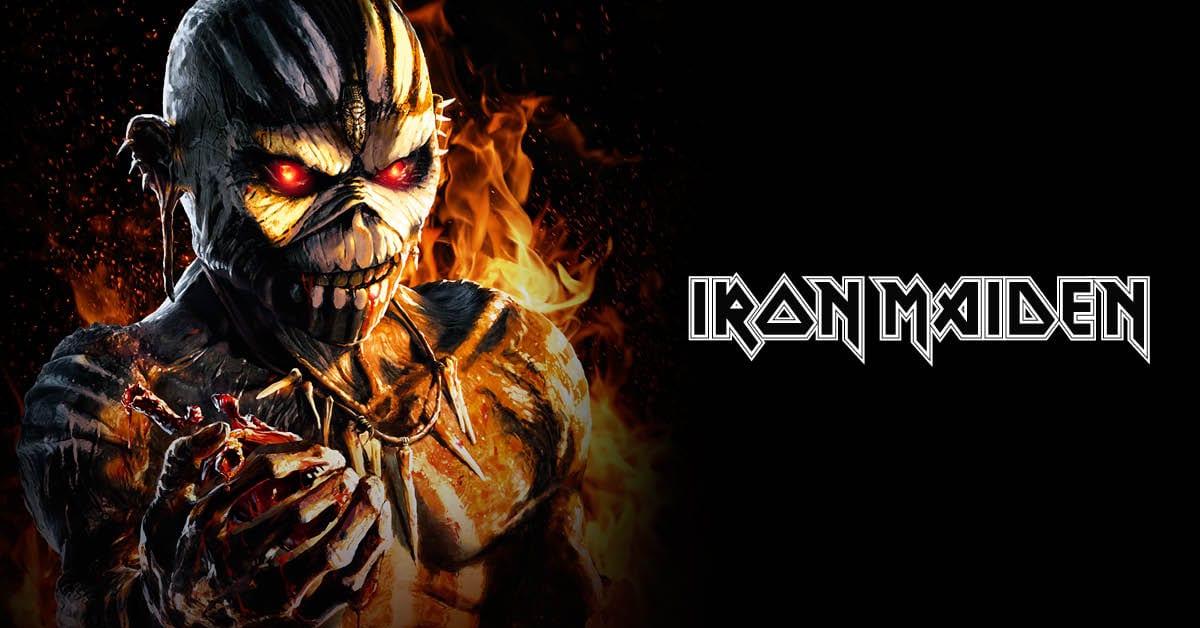 Mosh pits at the ready please one of the world’s loudest and most success rock bands are heading for Liverpool and we can hear them already!

Rock legends IRON MAIDEN continue their hugely successful The Book of Souls World Tour with a date at Echo Arena on 20 May 2017.

“As it’s been so long since our last full UK arena tour, we really wanted to get to our fans in as many cities as possible. We’re really looking forward to it, especially visiting places we haven’t been to for a very long time like Leeds where we haven’t played since 2005 and Liverpool where we haven’t played since 1990. The whole band is really enjoying this tour and although we love playing festivals and stadiums, it is terrific to return to the intimacy and atmosphere of arenas. The songs from The Book Of Souls album and the new Maya-themed Eddies and stage sets have gone down really well and fan reaction has been amazing. And of course we know our fans appreciate us playing a lot of the older songs too, which we will continue to do.”

“Iron Maiden are the kings of metal and one of the greatest live bands of all time. It’s an honour to be touring with them in Europe and in their home country and to play in front of their fans. We can’t wait to see you in 2017!!!” 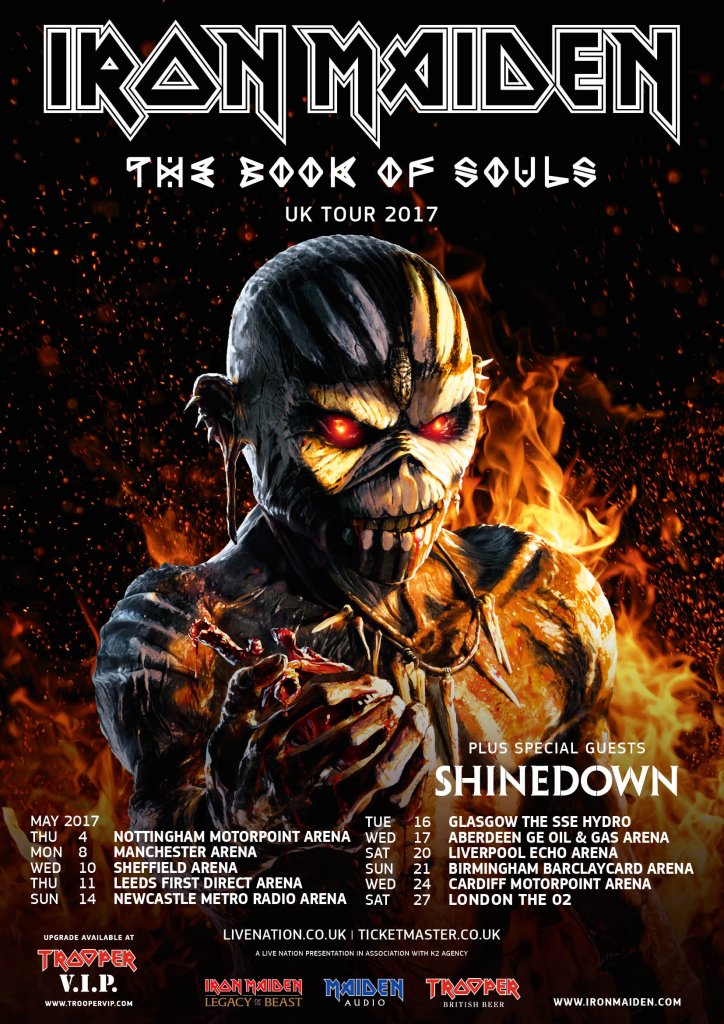 The Book Of Souls World Tour opened in Florida, U.S.A in February 2016 visiting 36 countries using their new 747 jumbo jet Ed Force One piloted by Bruce which flew band, crew and 22 tonnes of equipment over 61,500 miles (99,000 km) across six continents during the 72 date leg playing to around 1.5 million fans. The Book Of Souls is Maiden’s first ever double studio album and their most successful chart-wise to date, debuting at the #1 spot in over 40 countries around the globe.