Run for the 96 returns to Stanley Park this weekend - The Guide Liverpool
Contact Us Advertise with The Guide Our Video Services Follow us:

Run for the 96 returns to Stanley Park this weekend 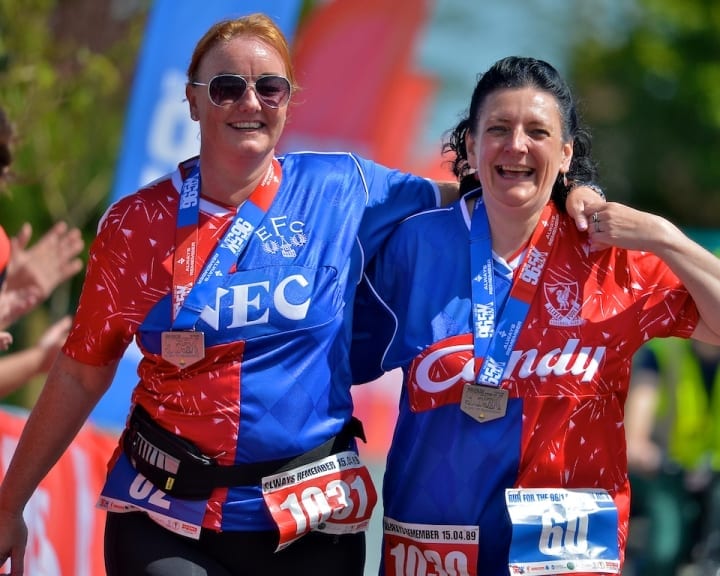 Runners will come together this weekend to Run For The 96 and commemorate the 30th anniversary of Hillsborough.

The fifth annual Run For The 96 5K takes place this Saturday (11 May) in Stanley Park, which is located between Liverpool Football Club’s Anfield Stadium and Everton Football Club’s Goodison Park.

This year marks 30 years since the Hillsborough disaster on 15 April 1989.

Run For The 96 5K was first staged in April 2015 as a community legacy event and a positive way to celebrate the lives of the 96 Liverpool fans who lost their lives at Hillsborough – while remembering the families of The 96 and the survivors, who have tirelessly fought for justice with the utmost dignity.

The Run For The 96 5K starts at 9.30am, with start line stage activity from 9am. This will be followed by a 1 Mile Fun Run at approximately 11am once the 5K participants have completed the course.

The 5K route starts in Stanley Park and takes runners through the park itself, before also taking in Walton Lane, Priory Road, Arkles Lane and Anfield Road, before passing the Eternal Flame on 96 Avenue at Anfield Stadium, then heading back into Stanley Park towards the finish line.

The 1 Mile Fun Run route uses a similar route to the 5K, but remains inside Stanley Park and uses park pathways. Both routes are accessible. 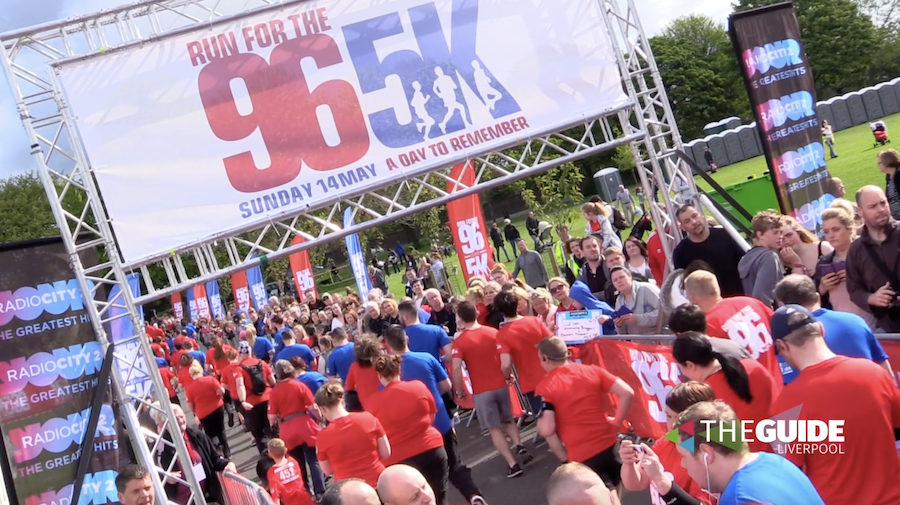 The 5K entry fee includes a bespoke commemorative finishers’ medal and special 30th anniversary purple T-shirt. The 1 Mile participants are invited to wear their own football colours, they will also receive a finishers’ medal.

Reds and Blues will stand by side as football club anthems, Liverpool FC’s You’ll Never Walk Alone and Everton FC’s Z Cars are played, followed by a minute’s applause to remember The 96.

The 5K participants will cross the start line at 9.30am to the sound of The Justice Collective’s cover of The Hollies’ classic He Ain’t Heavy, He’s My Brother – the song which unites Liverpool and Everton and shows the solidarity of the Red and Blue sides of the city. 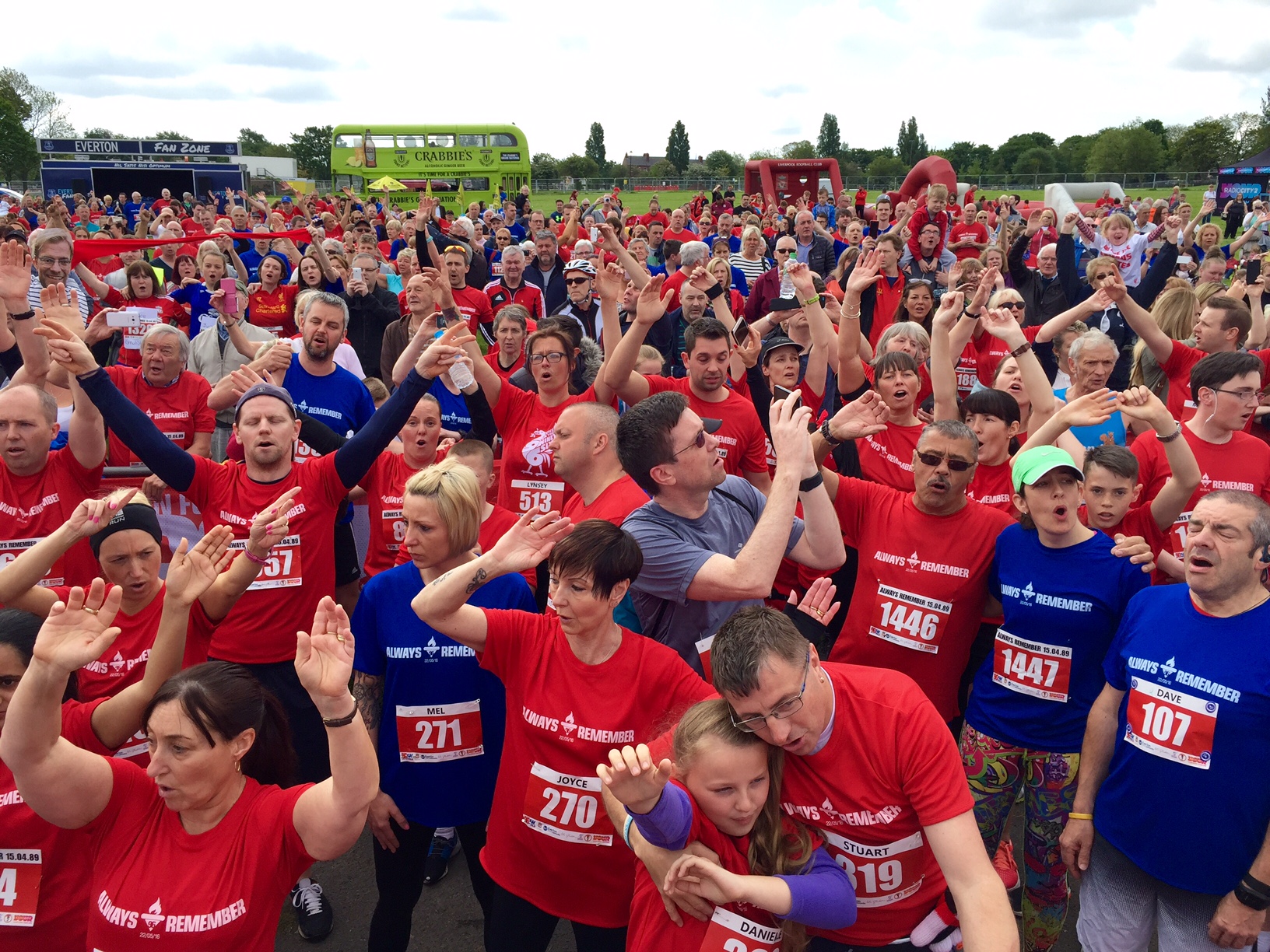 Beneficiaries on-board for 2019 are Jamie Carragher’s 23 Foundation, the LFC Foundation, Everton in the Community, and Stanley Park CIC. Together, the beneficiaries support the vision of creating a positive community legacy event to honour The 96, and are committed to ensure that local communities benefit from the event.

Participants are encouraged to fundraise. Donations can be made at https://uk.virginmoneygiving.com/Team/RunForThe965K2019Team or email [email protected] to be added to the fundraising team page.

The Run For The 96 5K continues to have the support of the Hillsborough Family Support Group (HFSG).

Margaret Aspinall, Chair of the Hillsborough Family Support Group (HFSG), is expected to attend the event for the fifth consecutive year. Margaret lost her 18-year-old son James in the tragedy.

Sue Roberts, Secretary of the HFSG, lost her 24-year-old brother Graham at Hillsborough. Sue will be running the 5K for the fifth time.

Alongside the 5K and 1 Mile fun runs, activities include soccer skills, coaching and open goals sessions from the LFC Foundation and Everton in the Community, with Stanley Park CIC hosting family yoga and fun games.

A regular on match days at Anfield and Goodison, Fans Supporting Food Banks will have a donation point on the race showground.

Runners can also do their bit to help youngsters and adults without access to kit and equipment. KitAid is a charity recycling unwanted kit for the developing world including Malawi, Kenya, The Gambia, Sierra Leone and Cape Town.

KitAid will be present with a collection point for donations of clean, good condition sports T-shirts and football kits. They can also accept full team kits as well as individual items including boots, shin pads, balls, training bibs and rain jackets. Shirts carrying sponsor logos can also be accepted. 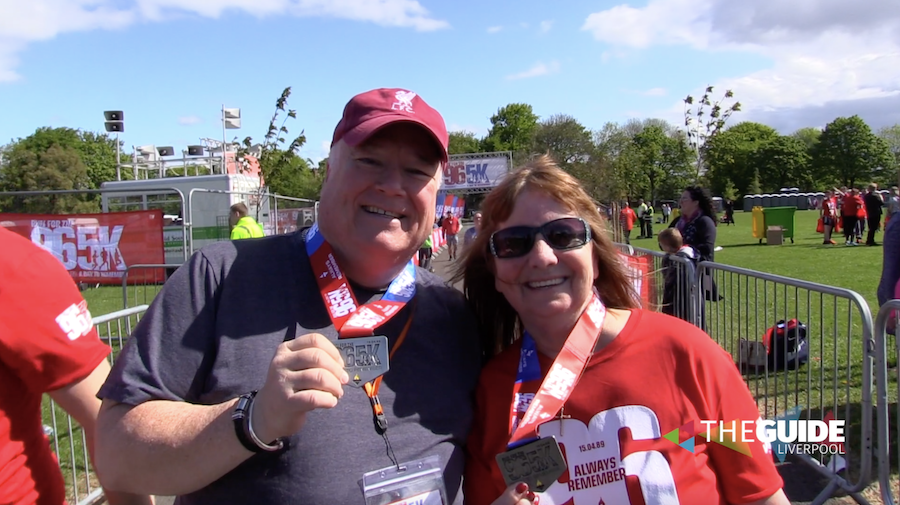 Refreshments will be available to purchase on the day from a number of concession stalls, who are kindly making a donation to the four official event beneficiaries.

“Run For The 96 5K is a very special event. We were asked to create a family friendly community legacy event to celebrate the lives of The 96, while remembering their families and the survivors. This year marks the 30th anniversary of Hillsborough so we want to make the event extra memorable.

“Instead of the 5K runners wearing Liverpool’s Red or Everton’s Blue, everyone will run in the same colour for the first time. Purple was chosen to represent a combination of the city’s footballing colours to show solidarity and empathy. Everyone will run as one this Saturday.”

Online entries close at midday this Thursday (9 May). Limited entries will be available on the day. Full details can be found at www.btrliverpool.com/965k