Saved By The Bell star joins the celeb line up at Comic Con Liverpool 2020 - The Guide Liverpool
Contact Us Advertise with The Guide Our Video Services Follow us:

Tickets are now on sale for the third annual Comic Con Liverpool event at Exhibition Centre and the celeb guest line up is a knock out!

Comic Con Liverpool returns to Exhibition Centre Liverpool from 6th – 8th March 2020. Following the huge success of the 2019 event which saw sell out crowds and celeb guests such as Eric Roberts, Teri Hatcher, Dean Cain and Rocky actor, Burt Young – this year is set to up the ante again.

The 2020 event will feature all the usual Comic Con attractions we’ve come to know and love such as table top gaming, fascinating set builds, photo opportunities, market place and more. New for 2020 is the ‘For The Love Of Fantasy Zone’ where visitors can meet Harry Potter actor Josh Herdman ( Gregory Goyle) and a whole host of cosplay, special effects and witchcraft displays. Start planning your cosplay costumes because 2020 is going to be off the scale!

Watch all the action from Comic Con Liverpool 2019 here.

This years celeb guest list is a big draw for fans of film and TV. If Saved By The Bell was the soundtrack to your teenage weekends, you’re going to love this latest announcement. The one and only Zack Morris, actor Mark-Paul Gosselaar is coming to Liverpool this Spring and he’s joining a whole host of famous faces. 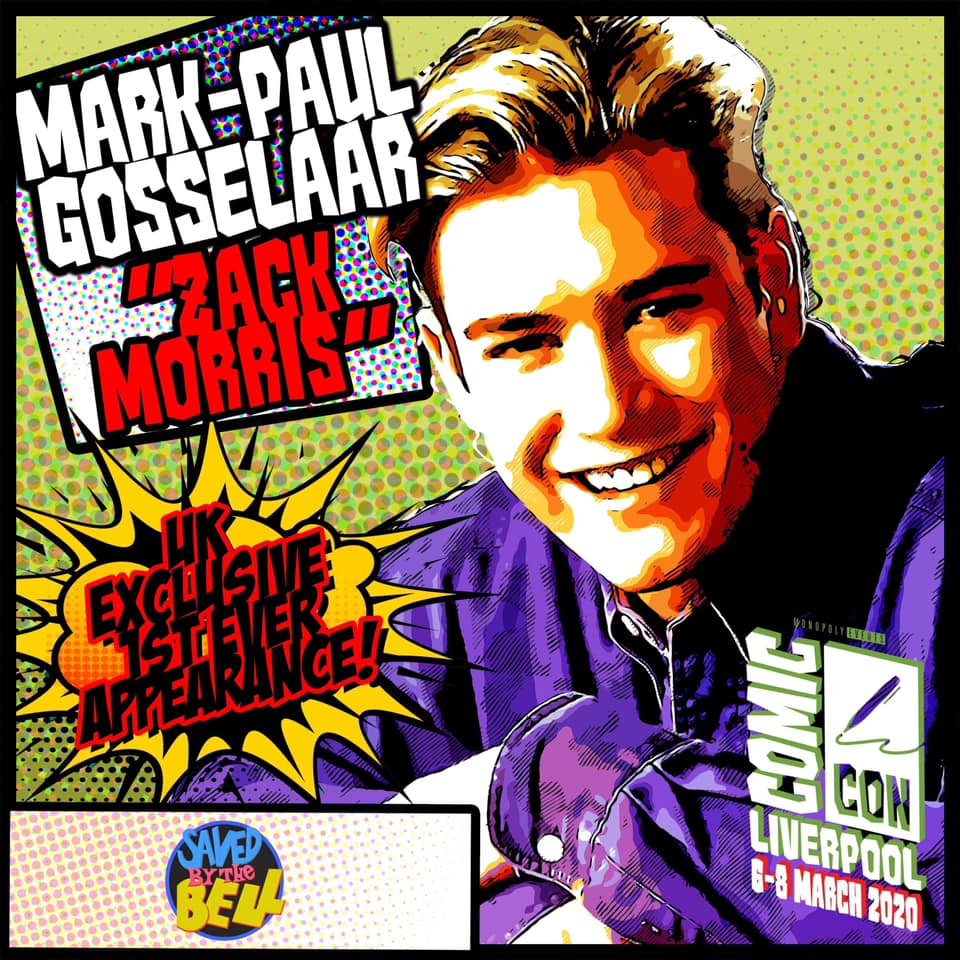 The girls loved him, the lads wanted to be him! Saved By The Bell’s Zack Morris, actor Mark-Paul Gosselaar will be meeting and greeting fans at Comic Con Liverpool next Spring. We can’t wait for all the goss on the cast and life since Bayside. 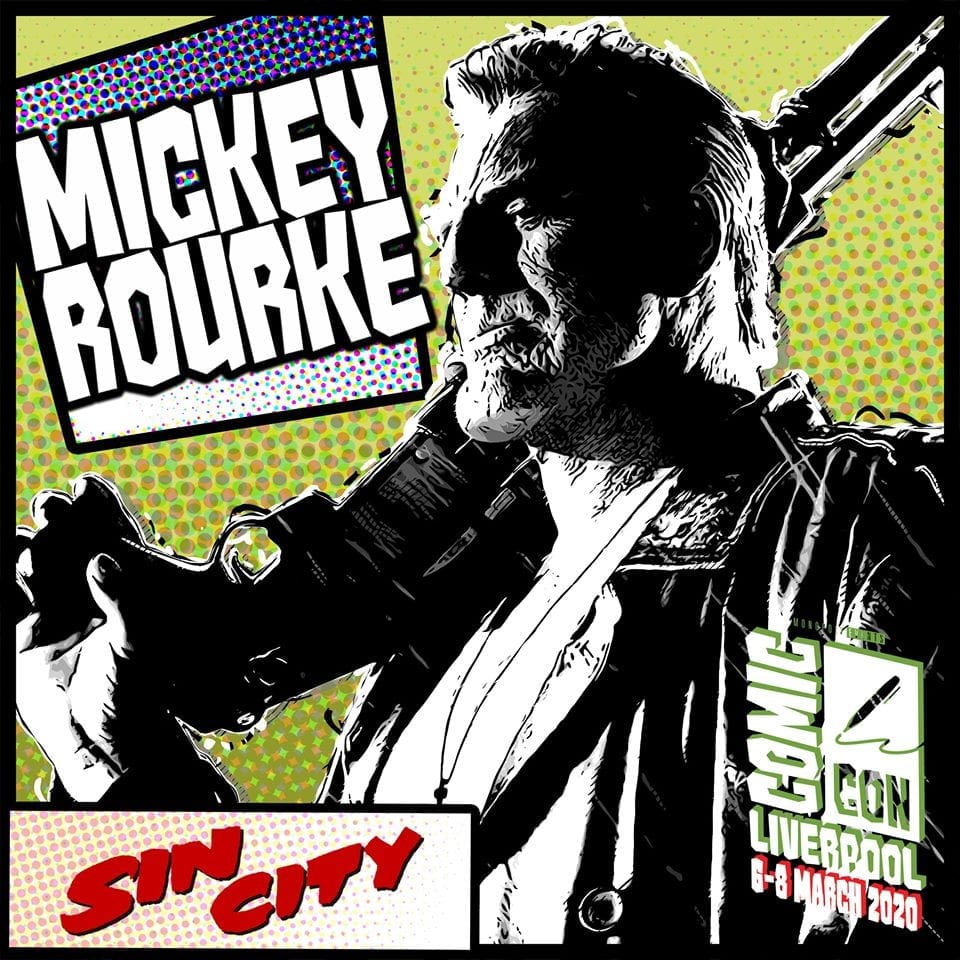 Where to start with Mickey Rourke’s incredible career? From Sin City to Iron Man 2 and a massive wrestling career. This man mountain will meet fans and give an insight into life on screen at Comic Con Liverpool 2020. 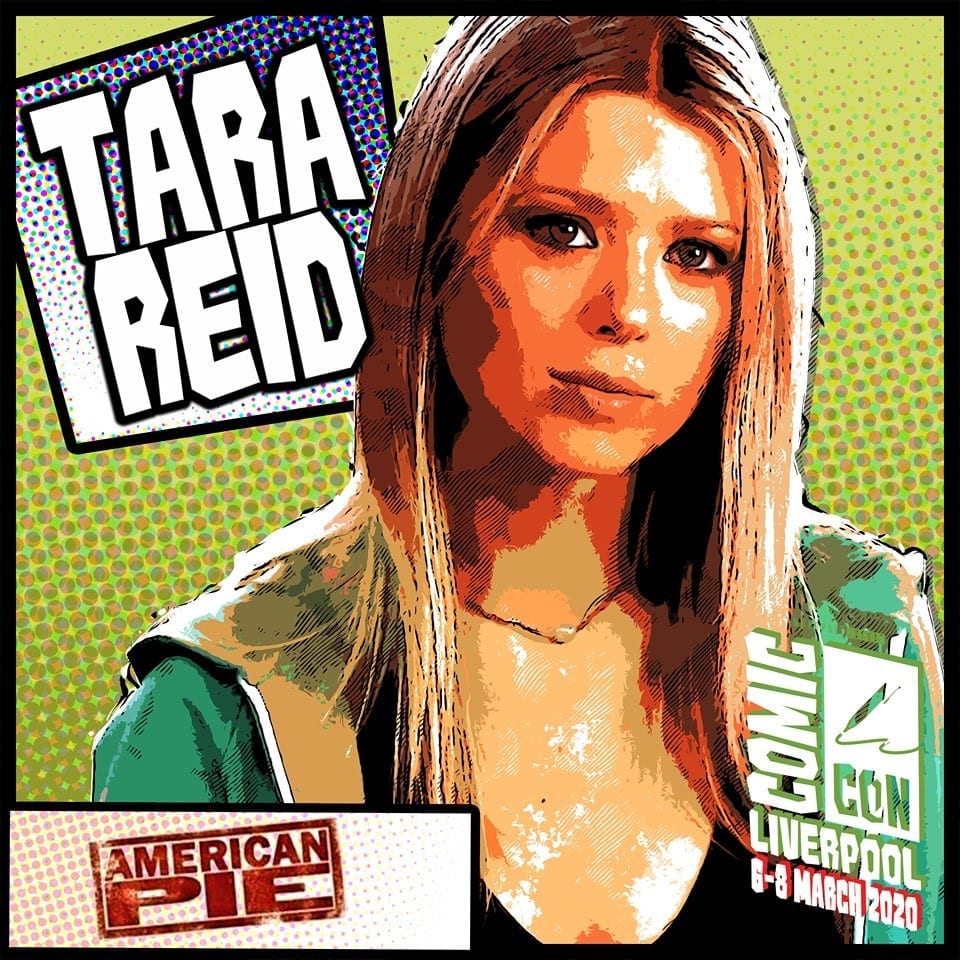 Perhaps best known for her role as Vicky in American Pie, actress Tara Reid is the first of the cast of this cult film to be flying into Liverpool in 2020. Did you know Tara broke into film in The Big Lebowski? We can’t wait to hear all her industry secrets.

Sticking with American Pie, actor Chris Klein joins the 2020 line up. Most recently you’ll have seen Chris on screen as Cicada, the main villain of the fifth season of superhero television series The Flash. The Oz is heading to Merseyside in March. 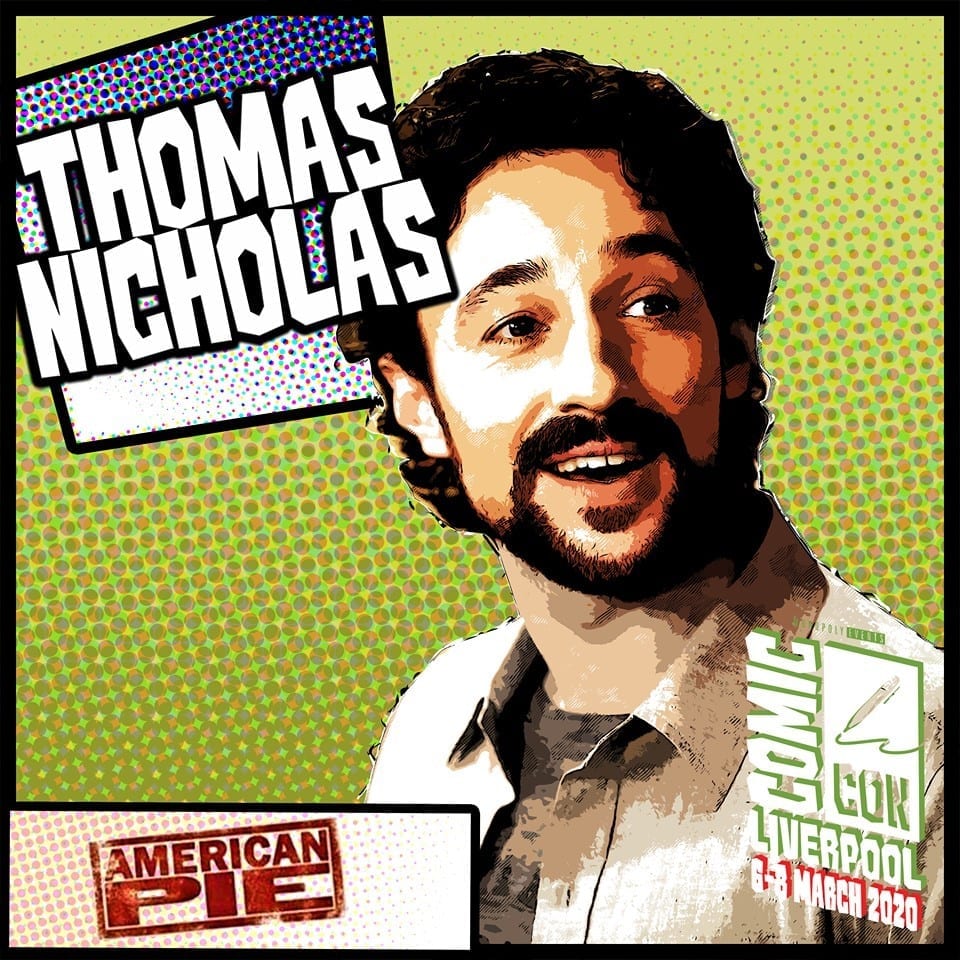 Still hungry? American Pie actor Thomas Nicolas, who played Kevin is joining his on screen girlfriend and mates at Comic Con Liverpool 2020 for a proper old school reunion. A career on screen and in music has kept Thomas busy since his American Pie days. 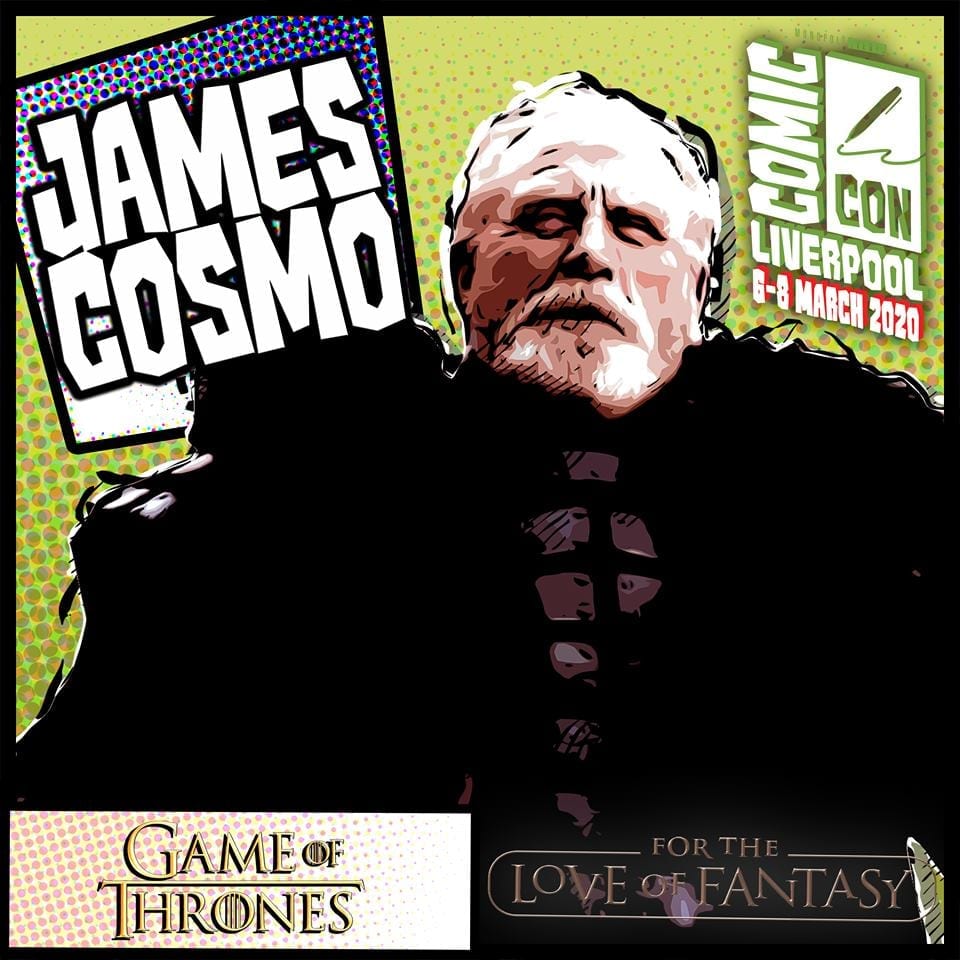 If you’re mad about Game of Thrones, this Comic Con Liverpool guest star will be right up your street. James Cosmo joins the all star line up and with a glittering career packed with roles on screen in the likes of Trainspotting, Highlander, The Chronicles of Narnia and more, we’re looking forward to finding out more about life as an actor. 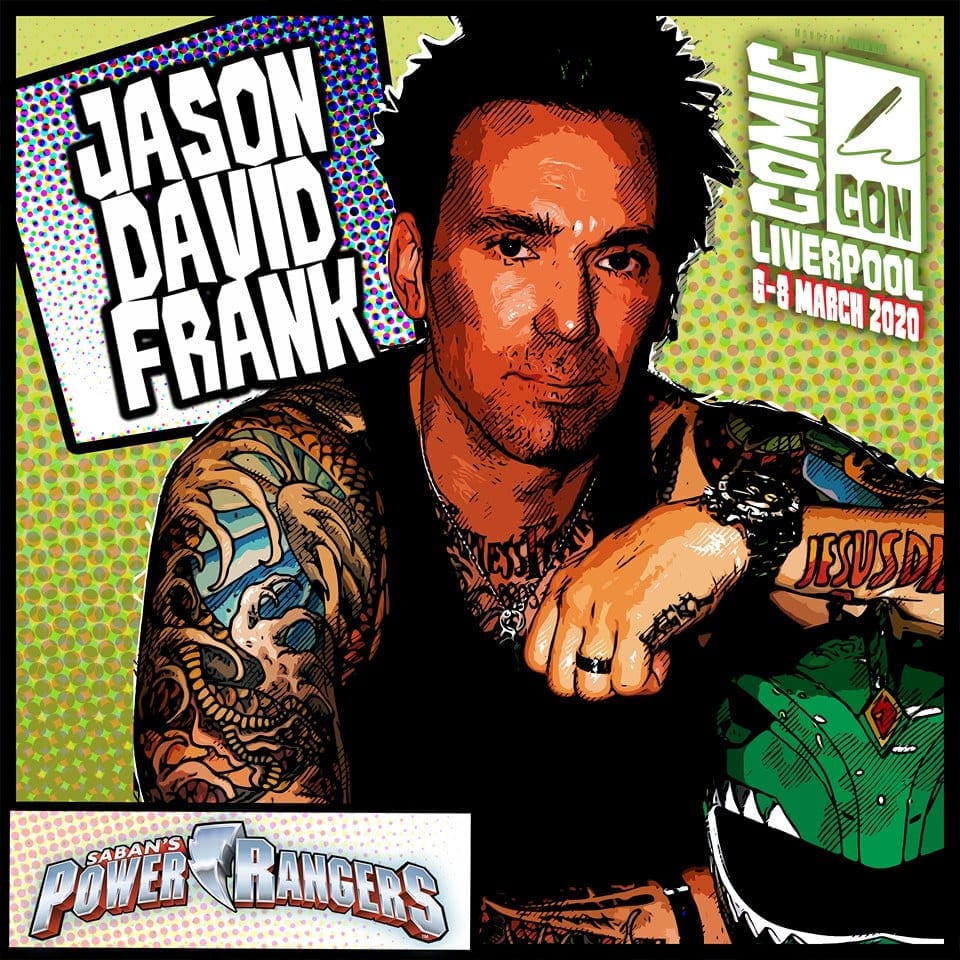 Power Rangers star, Jason David Frank comes to Comic Con Liverpool to meet fans and share his industry knowledge from his experience of playing Tommy – the white ranger and many other variations – since 2003! Will be put the suit on, one more time? 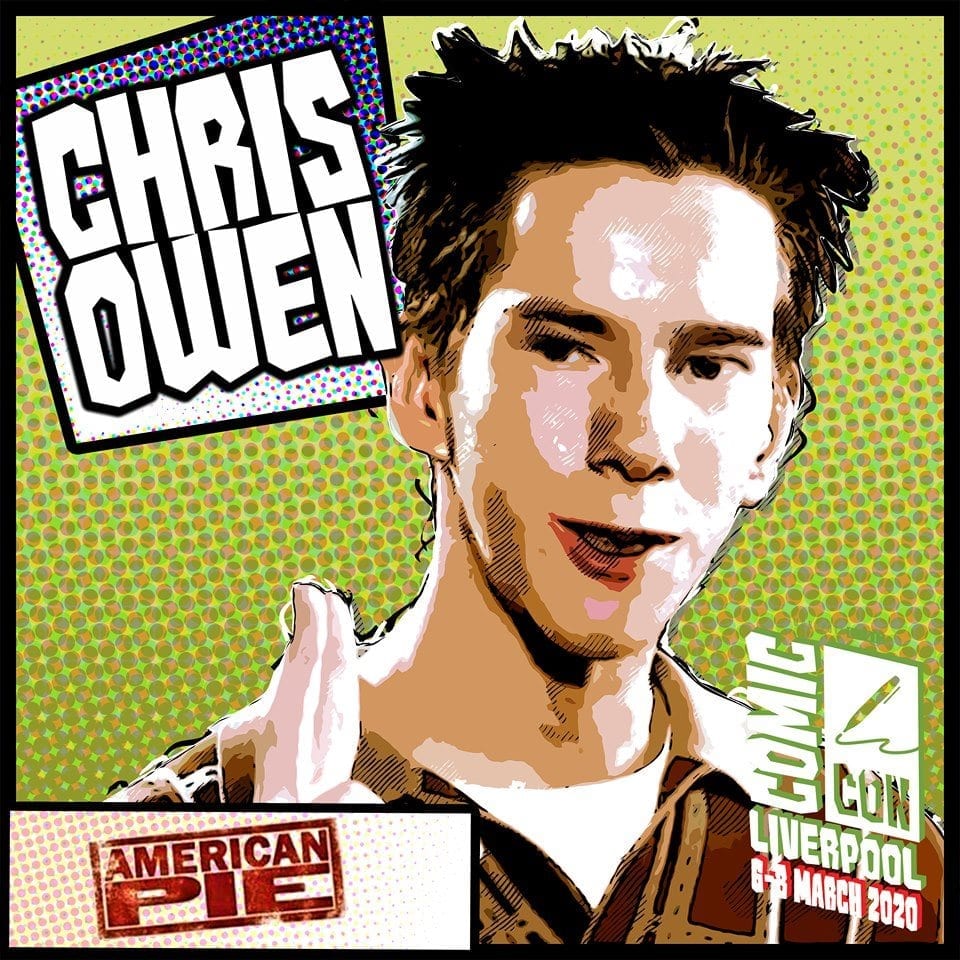 The Sherminators is coming to Liverpool! Actor Chris Owen who played Chuck Sherman in American Pie is back with his co-stars at Comic Con Liverpool in Spring and we cant wait to see how much he’s changed since playing the hilarious role back in the 90’s. Spoiler alert – he’s fit! 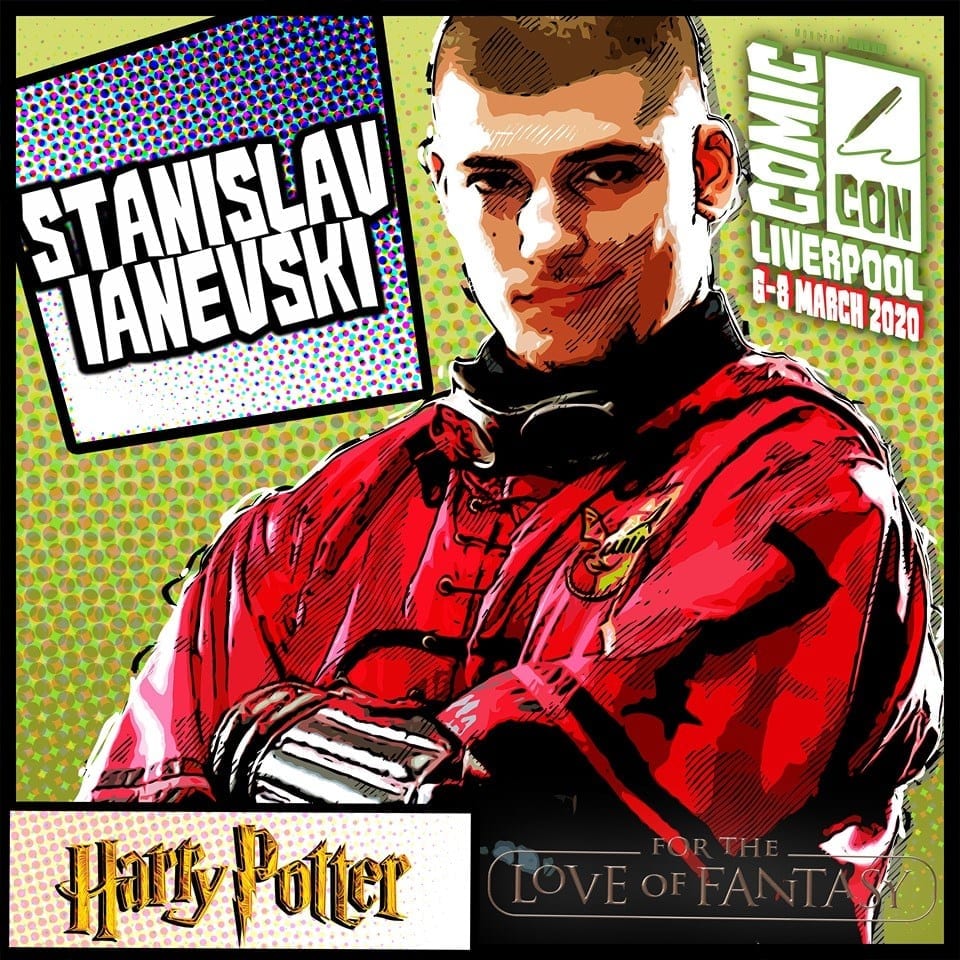 You’ll know Stanislav from playing Victor Krum in Harry Potter and The Goblet or Fire and because he was kick ass at Quidditch! Spotted by a casting director, Stanislav didn’t have his heart set on a career in acting – but owned the role and even won Hermione’s affections! 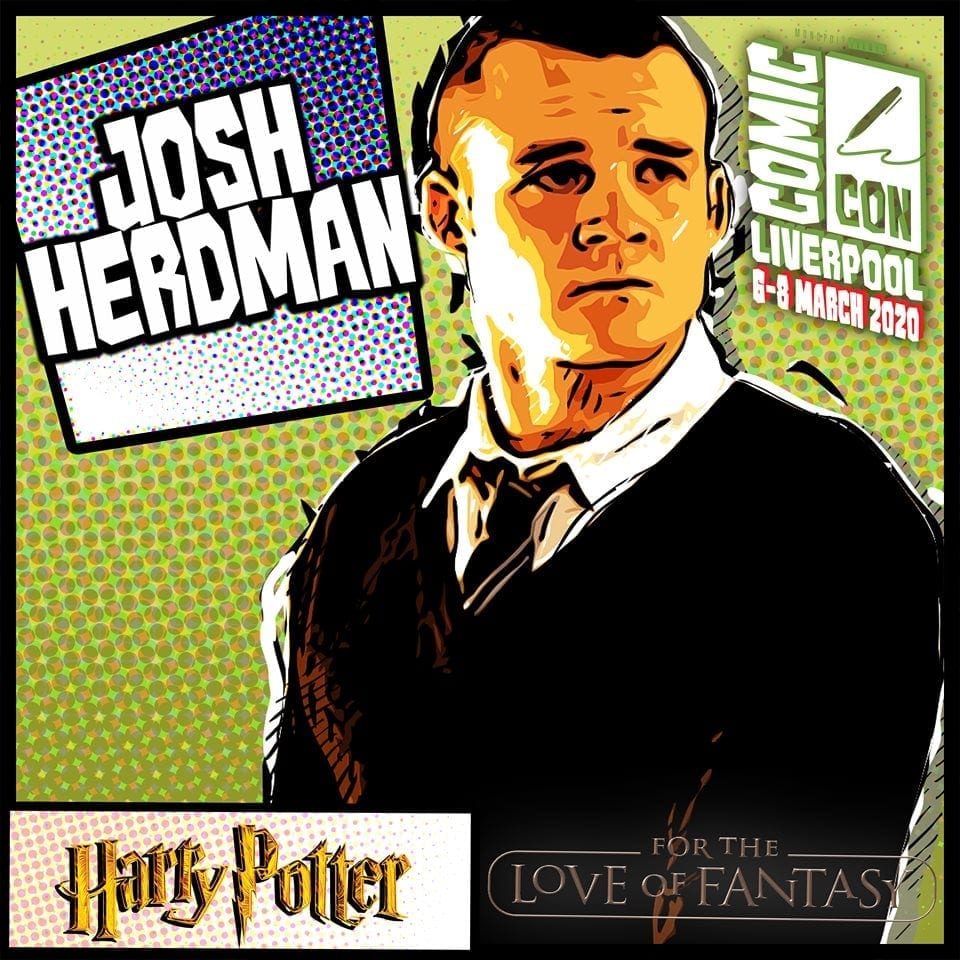 Another one for Harry Potter fans! Actor Josh Herdman joins the Comic Con Liverpool line up and the brand new For The Love Of Fantasy area. Josh played Gregory Goyle – Draco Malfoy’s best mate in the film series at the age of 13!

To find out more about what’s happening at Comic Con Liverpool 2020 and to book your entry, photo and meet and greet tickets, head to www.comiconventionliverpool.co.uk