Sculpture created in tribute to Sir Ken Dodd at Central Library - The Guide Liverpool
Contact Us Advertise with The Guide Our Video Services Follow us: 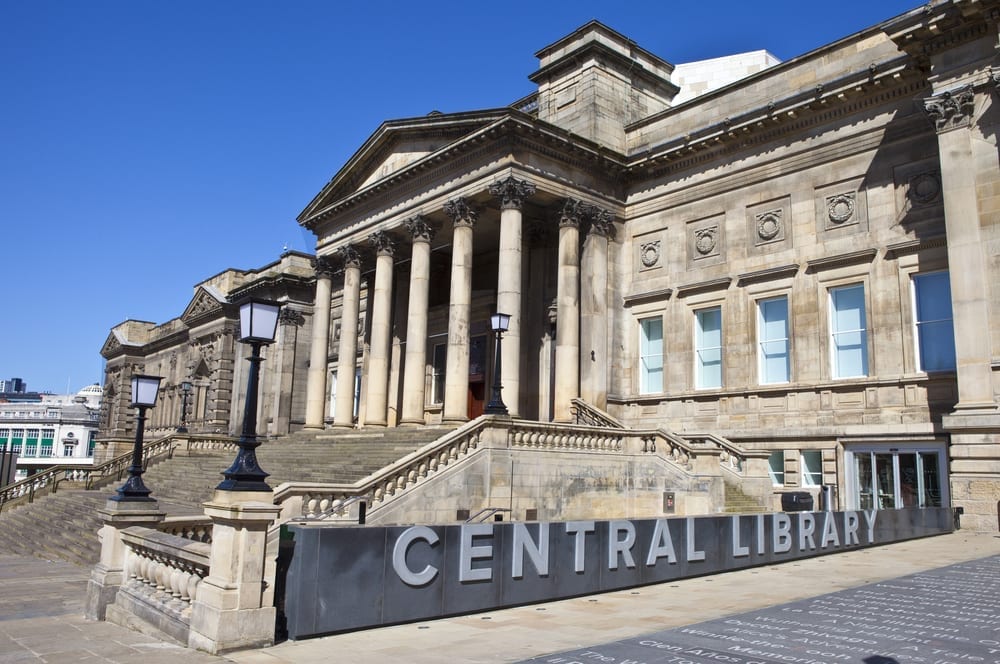 A very special tribute to comedy legend Sir Ken Dodd will be unveiled in his favourite Liverpool location this week.

On Thursday, Lady Dodd will officially unveil a life-size bronze bust of her late husband in Central Library’s Picton Reading Room. For most of his life Doddy was a regular visitor to the library, spending hours reading and also researching the history of comedy.

Lady Dodd was approached by portrait sculptor Jane Robbins who wanted to create an image of Sir Ken which captured a contemplative side to him, showcasing a different image to his comedy, showbiz persona. Impressed with the design, Lady Dodd commissioned Jane to produce the work which is based on a favourite photograph by Stephen Shakeshaft, former picture editor and chief photographer of the Liverpool Daily Post and Echo.

The bust will be on permanent loan to the City of Liverpool.

Talking about the artwork, Lady Dodd said: “I was touched when Jane told me how she wanted to portray Ken, and I couldn’t think of a more fitting venue for it to be on display than the Picton Reading Room.

“He was fond of the library as a whole, but this room held a special place in his heart and it’s where he would want to be remembered.

“Since Ken passed away I have been overwhelmed by the outpouring of kindness from all over the world, and I am delighted that people will be able to head to Central Library and appreciate this permanent tribute to my husband.”

The bust will be mounted onto Portland Stone which is used in many of the historic buildings found in the city. A plaque will contain two quotes inscribed on it:

The greatest comedian of our lifetime – kissed with genius – Michael Billington, The Guardian

He loved books and the tranquillity of this room, a favourite place – Lady Anne

Jane Robbins, said: “It has been a real honour for me to produce this portrait. I came from a showbiz background and we lived and breathed Ken’s humour.

“For years I have wanted to create a sculpture of him, so people can remember him for the well-read and intelligent person he was, and it feels so right that it will be on display somewhere that meant so much to him.

“I feel incredibly passionate about the piece of work and hope that I have done justice to the ‘real Ken’.”

John Keane has very fond memories from the late 1970s and early 1980s when he worked as a young librarian at Liverpool Central Library. He said: “Kenused to pop in regularly to change his books and his LPs as he was really into his music as well as reading.

“He always had a ready quip and would have us all in stitches practising his new jokes on us! Ken was also our guest of honour when we re-opened in May 2013 after our major refurbishment, so the Picton Reading Room feels like the perfect place for Ken to be remembered in this way.”

The sculpture will be available for the public to see from Friday 2 November.

Mayor Anderson said: “Doddy was one of a kind and his contribution, not only to comedy, but to the life in Liverpool was unparalleled.

“It’s hard to believe it’s been seven months since he left us, but it feels like the right time for this new tribute to Sir Ken to take pride of place in a venue which he held dear.

“I’d like to thank Anne for gifting the sculpture to Liverpool – a city which will always have a special place in its heart for her husband.”