Seacombe anchors stand test of time on the Mersey for over 130 years - The Guide Liverpool
Contact Us Advertise with The Guide Our Video Services Follow us:

When the bridges at Seacombe Ferry Terminal were first installed, Queen Victoria was on the throne and Liverpool FC were two years from being formed.

The giant linkspan bridges are now being replaced after withstanding everything the Mersey’s thrown at them for more than 130 years.

As part of the £7m project, original cast iron anchors holding the landing stage in place since 1890 were brought to the surface. The anchors are so well preserved they will continue to be used. 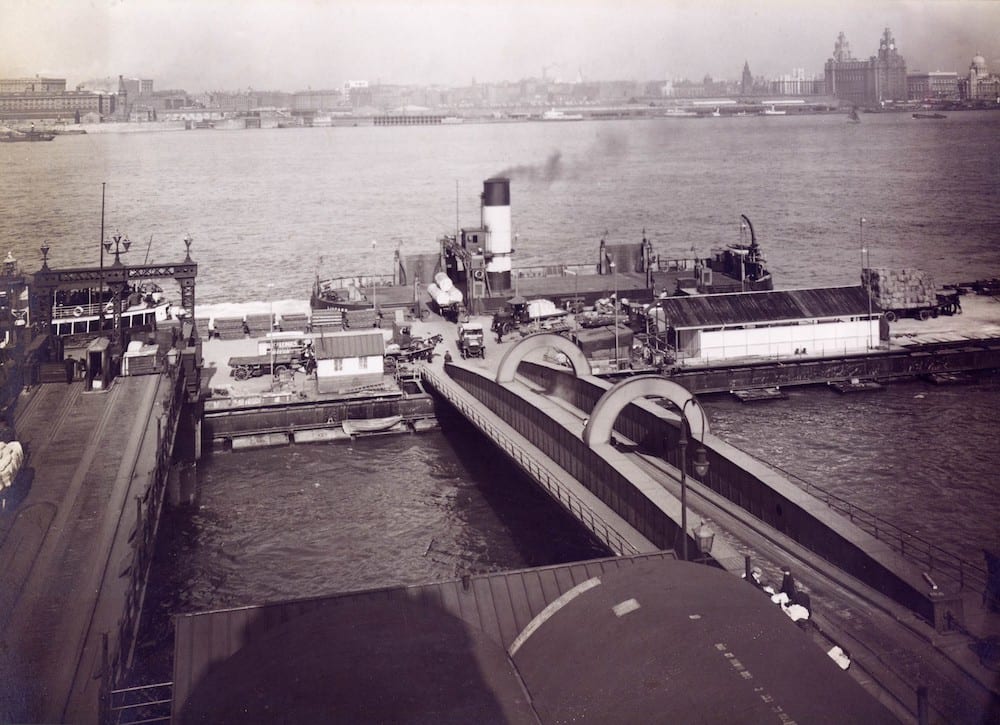 The landing stage will also be revamped as part of the work that started in December.

Catch all the #EURO2020 action this weekend outdoors, on a HUGE LED screen at Baltic Beer Garden. ? Jay from the team has all the info.

“We actually had to get out the anchors that hold down the landing stage while carrying out the surveys.

“What we’ve discovered is that many of them are actually the original ones installed when the linkspan bridges were put in place and they’re in good working order. The only real changes we need to make is replacing some of the chain, but bar that, they’re a piece of history that’s still doing a good job.” 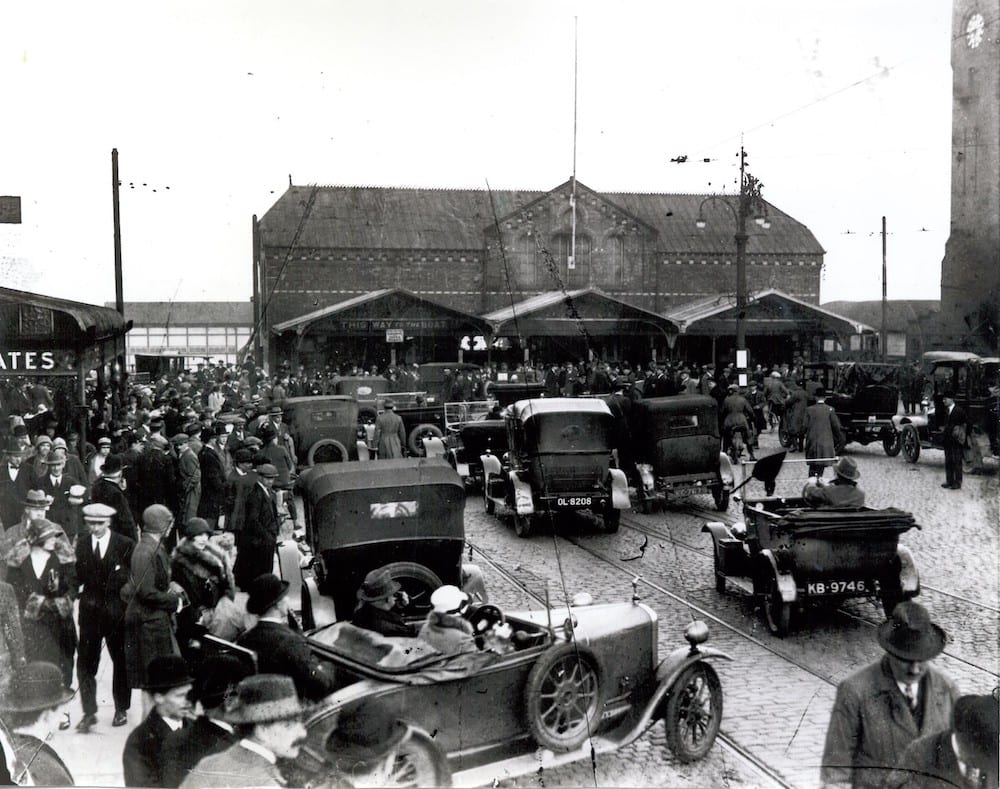 The old linkspan bridges will be removed this summer and new, lighter ones installed.

“The weight of the bridges is around 350 and 290 tonnes each which means they’re outside the lifting capacity of the crane, which means some work has to take place before they can be taken out. For example, on the north linkspan, the roof is being removed and then split into two sections to enable the crane to lift each bit safely. 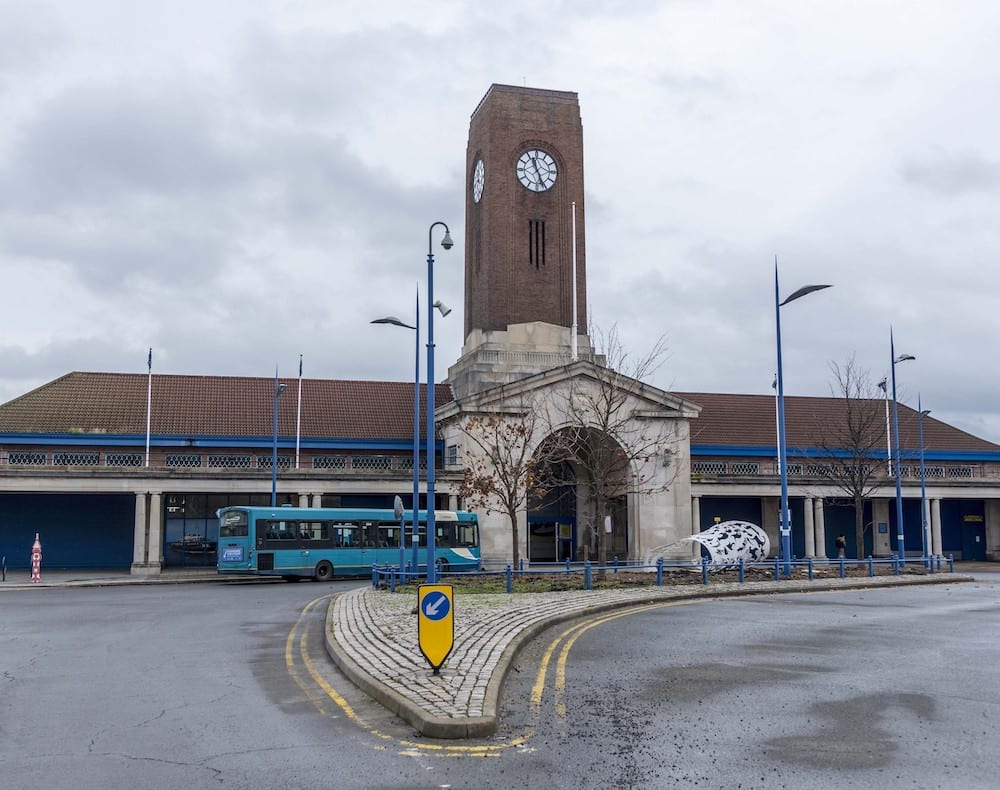 “The new bridges will be considerably lighter thanks to modern techniques and materials. They’ll both be assembled in Garston Dock, lifted onto a barge and then floated down the river and lifted into place using the crane.

“There’s also going to be a refurbishment of the landing stage pontoon and booms. When they were originally installed twenty years ago, the plan was always to get to this initial point and carry out a major revamp to take it through the next twenty years.”

“It’s a real testament to the Victorian engineers that they were able to get such heavy structures in there in the first place, although it’s likely that they assembled most of it on site.”

He said the new bridges would “be quite similar to the one at Pierhead”, but he added “in the design process we’ve taken into account the heritage elements so externally it will give the appearance of the ‘arch’ that it does currently”.

The project team discovered the original Victorian gangways were hydraulically operated and there was a hydraulic locomotive lift that raised trains onto the floating part of the structure. 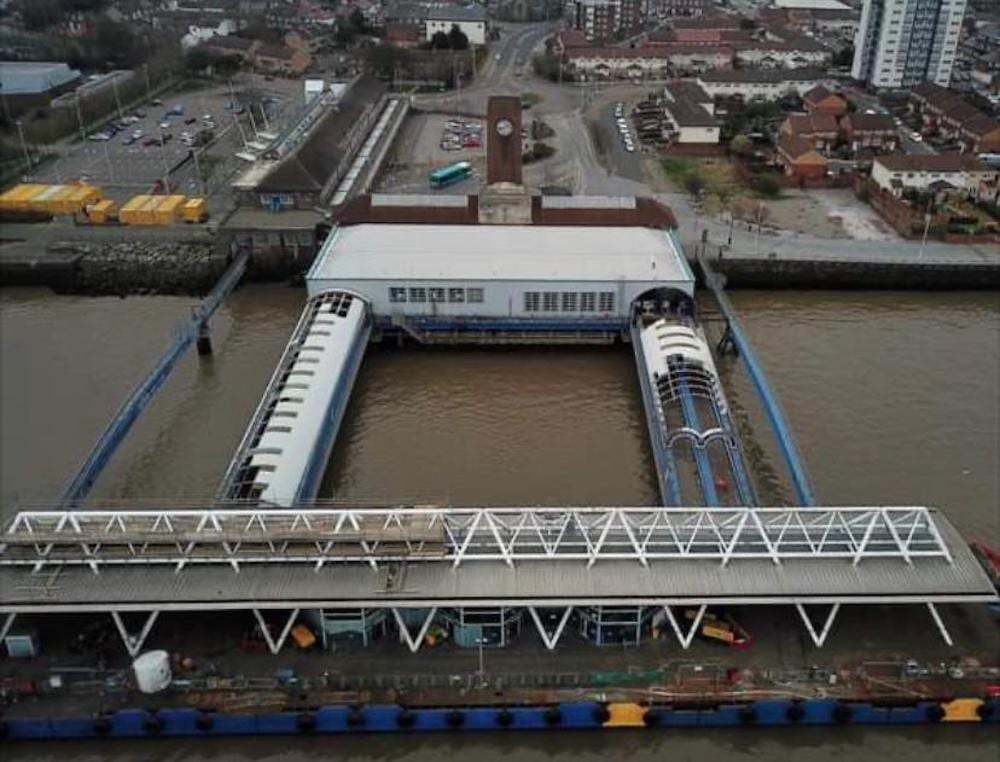 New hydraulic gangways will be installed on the landing stage, replacing the manual ones.

And the original fog bell, which is still operational, will be restored.

“The current gangways aren’t the originals (they were installed in 1970) but the principle is the same as when the linkspan bridges were first installed. We’re looking at whether we can keep one of them maybe as an ‘historical’ piece, but we’ll also need them both for spare parts for the gangways at Woodside.”

Services are currently being re-routed to Woodside while the Seacombe Ferry Terminal work takes place.