She hated the attention it brought her, but local artist Emily Bridges is determined not to see Tourette’s as her enemy - The Guide Liverpool
Contact Us Advertise with The Guide Our Video Services Follow us:

She hated the attention it brought her, but local artist Emily Bridges is determined not to see Tourette’s as her enemy

Emily Bridges was on the bus on her way to college when her head started jolting to one side.

“I was talking to one of my teachers and my eyes, mouth and nose were scrunching repeatedly,” says Emily, 20. “I was so embarrassed, and I couldn’t explain to them what was going on … because I didn’t know myself.

“I recognised it was very unusual, but I tried to rationalise it by labelling it as a nervous twitch, maybe due to stress.”

And she goes on: “I tried to ignore it, convinced it was my fault it was happening, until I started making involuntary sounds.”

It was two years ago the Skelmersdale student started to develop severe tics. And it was The Walton Centre in Fazakerley who, after she was referred by her GP, diagnosed her with Tourette’s Syndrome during her first assessment with the specialist team. 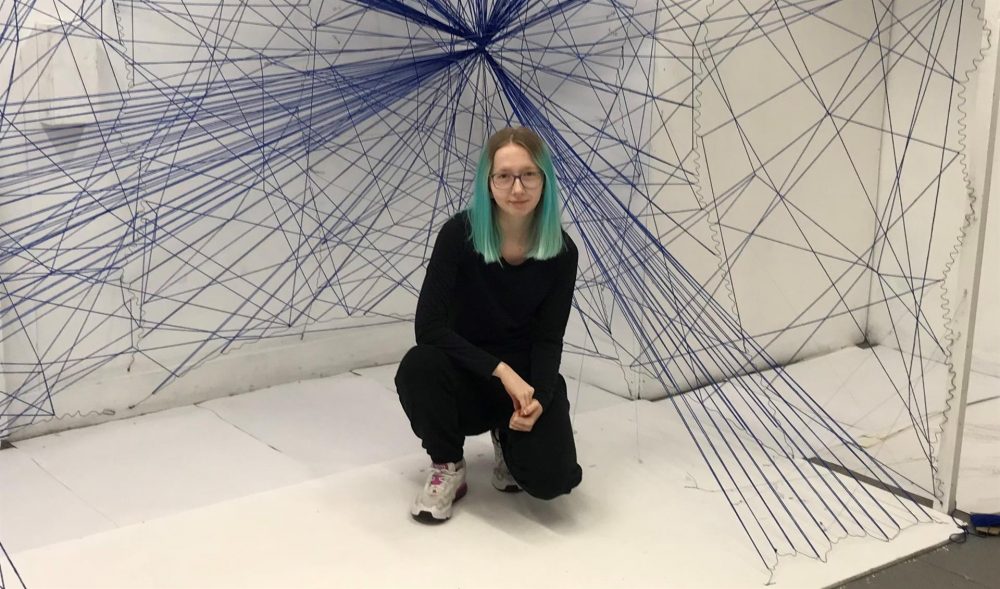 Tourette’s Syndrome is an inherited neurological condition which affects one school child in every hundred and is more common among boys.

Most people have heard of Tourette’s, but often think it’s a condition which makes people swear, or say socially inappropriate things. (Although it is true that ‘coprolalia’ – the clinical term for involuntary swearing – is a symptom, it only affects a minority; 90% of people with TS do not have it).

Emily says: “When I was diagnosed I was glad of the clarity on what was going on and, thinking back to growing up, I could see other tics, more subtle ones like eye-rolling and shoulder shrugging, had been there all along.

“I had heard of Tourette’s, but I didn’t know the extent of the condition until I was diagnosed myself.

“I didn’t realise that tics aren’t all dramatic movements and vocalisations, they can be as subtle as facial twitches and muscle tensing – it can make you unable to move at times!”

She goes on: “To begin with I had a lot of frustration and all I could see was how it limited me.  And it was quite jarring for friends to see me in this very loud and animated state, because I’m normally a calm and I introverted person. But I’m lucky to be surrounded by people so accepting and willing to understand my condition and support me through what’s a life-changing diagnosis.”

Aided by The Walton Centre – a leader in the treatment and care of neurology and neurosurgery – Emily decided to take a therapeutic approach to the management of her condition, learning to understand her tics, what exacerbates them and how she can adapt for them. 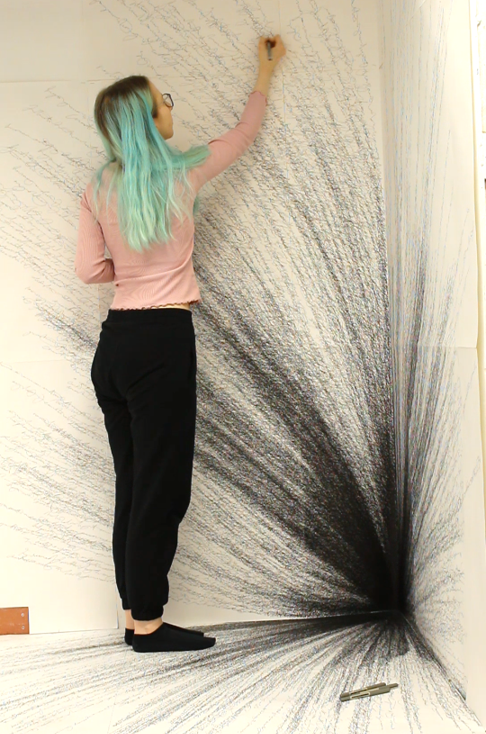 “I was worried I’d have medication thrown at me and be sent on my way, but I was really supported. I’ve learnt how stimulation impacts my tics, positively and negatively. Heightened emotions of excitement or anxiety, or loud noises and busy environments, can make them worse,” she says. “I’ve also realised the impact of simply taking care of myself: eating well, getting enough sleep, practicing meditation, and knowing my limits.

“When I don’t take care of my mind and body, my Tourette’s retaliates.”

Emily made a decision not to see Tourette’s as the enemy, but more a part of her that needs compassion and care.

“I’m finally in a place of acceptance,” she says. “To begin with it was difficult. I was suddenly blurting out words and profanities, my arms were flailing about, and my legs were continuously falling from under me.

“It took a huge mental and physical toll, and I hated the attention it brought me.

“It became the first thing people would notice when they’d meet me, and that hugely impacted on how I perceived myself. I got so used to others knowing me as ‘the one with Tourette’s’ and nothing more, that that’s how I began to see myself. I stopped seeing my other qualities and only saw my condition.”

Thankfully Emily, who has just completed an art foundation course at Winstanley College, says she realises now that she is so much more than Tourette’s.

“I am an artist,” she smiles. “My art practice is heavily focused around installation – producing immersive, large-scale, stimulating settings that connect us with our senses. I want to produce an enriching and visceral experience for people that prompts reflection and awareness of the present moment.

“I continuously explore meditative processes as part of my study of the connection between the mind and body, which is therapeutically rewarding for me and my Tourette’s. Since my diagnosis the relationship between me and my art practice has been really close.”

Emily’s goal is to teach Fine Art at degree level, possibly becoming a lecturer, while continuing to be a practicing artist and taking her art into the community.

She admits: “I have my worries about my Tourette’s being a barrier.”

But she says: “I’m determined to work hard, achieve my goals, and prove that Tourette’s doesn’t have to hold me back.

“I’ll be studying Fine Art at Liverpool John Moore’s University in September which will be an exciting yet daunting experience, but I feel security knowing that The Walton Centre will be supporting me, and that I’m able to benefit from this amazing Tourette’s service.

“I feel now that some of my best work comes from my limitations because it encourages me to take an approach that others wouldn’t think of.

“Living with Tourette’s has its challenges, but I no longer resent it for that. I realised that it’s futile to hate a part of you that you don’t have control over.”