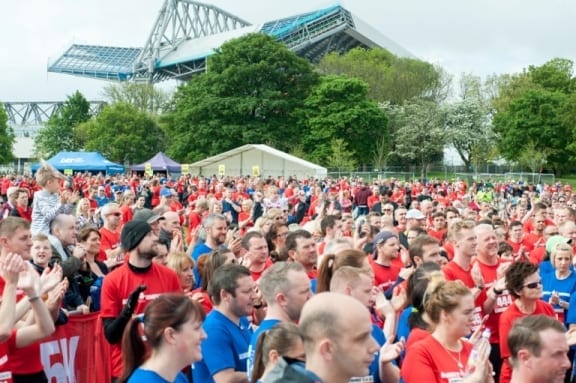 Home › Events › SIGN UP NOW AND RUN TO REMEMBER THE 96

The third annual Run For The 96 5K takes place this Sunday (14 May) at Liverpool’s Stanley Park, with this year’s event offering participants an even stronger community atmosphere for 2017. The overall aim of Run For The 96 is to remember and celebrate the lives of the 96 Liverpool fans, who were unlawfully killed in the Hillsborough tragedy on 15 April 1989.

Run For The 96 5K also remembers the families of The 96 and the survivors, who have tirelessly fought for justice with the utmost dignity. The community legacy fun run takes place in Stanley Park – a fitting location between Liverpool Football Club’s Anfield Stadium and Everton Football Club’s Goodison Park.

The 5K run starts at 9.30am, followed by a new 1 Mile distance at 11.15am, which is being introduced for the first time this year. Participants are invited to fundraise for charity partners the LFC Foundation and Everton in the Community, the official charities of Liverpool and Everton. And a third beneficiary comes on-board for 2017 – Stanley Park Liverpool CIC. 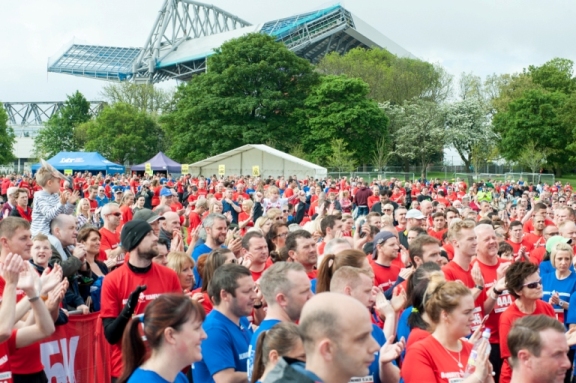 Stanley Park Liverpool CIC is a new enterprise set up 12 months ago to develop links between the park and local community, while encouraging people to further utilise Stanley Park as a community resource.

Run For The 96 has already gone some way in putting the Stanley Park back on the map. Together, all three support the event’s original vision of creating a positive community legacy event. Chair of the Hillsborough Family Support Group (HFSG) Margaret Aspinall has supported and attended Run For The 96 since it was first introduced in 2015. This year Margaret will take part for the very first time. She commented: “Run For The 96 is a fantastic way to bring the community together in a positive, active way to remember The 96. It is a lovely tribute and a very special legacy. Everyone in Liverpool deserves credit in our fight for justice and I am extremely proud of my city. After cheering everyone on for the last couple of years, I am excited to take part this year and experience the wonderful atmosphere first-hand.”

Margaret will be joined by Liverpool actor Michael Starke, fondly known as TV favourite Sinbad in iconic Channel 4 soap Brookside. Together, Margaret and Michael will walk the Stanley Park 5K course. Michael attended Run For The 96 for the first time last year and was keen to get more involved.

Returning to take part for his third successive year is Liverpool FC legend Alan Kennedy. And Everton midfielder Tom Davies is supporting the event. After taking part in the Liverpool Santa Dash in December, the Smith boxing brothers – Liam, Paul and Stephen – are again pulling on their running shoes to take part in the Run For The 96 5K for the first time. The Smith brothers commented: “We’re proud to be supporting and taking part in Run For The 96 in Stanley Park this Sunday (14 May). This important event honours the memory of The 96, as well as raising money for important causes in Liverpool.” 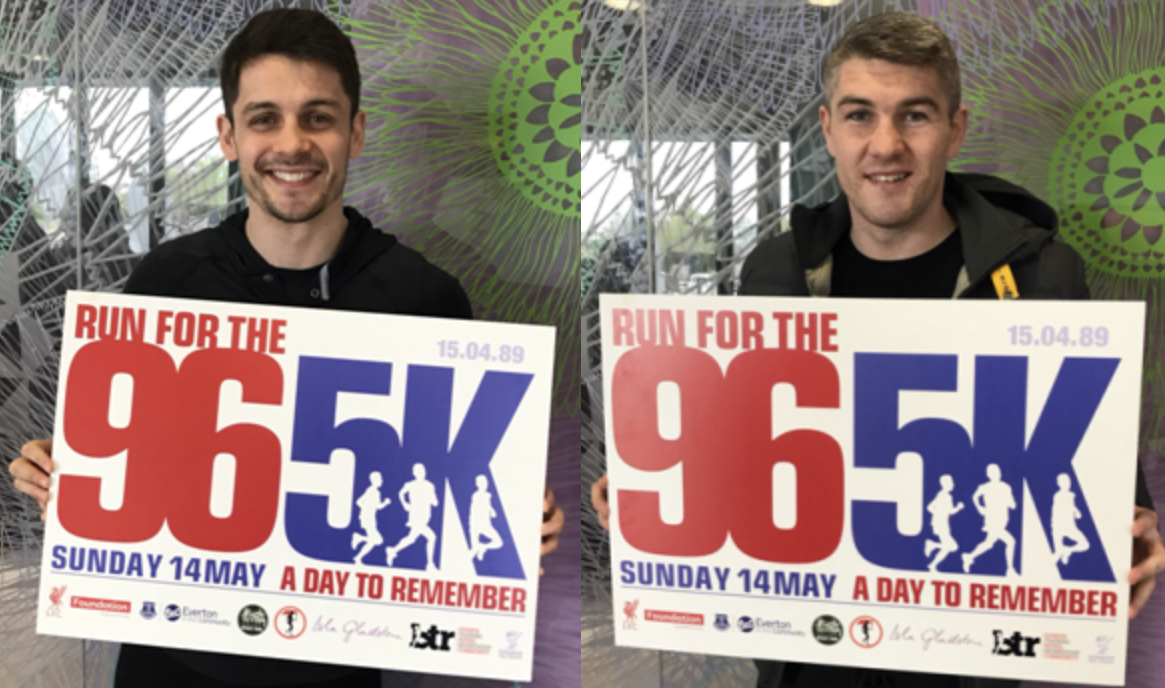 Run For The 96 – The Smith Brothers

Reds and Blues will stand by side as football club anthems, Liverpool’s You’ll Never Walk Alone and Everton’s Z Cars are played, followed by a minute’s applause to remember The 96. When the 5K begins at 9.30am, runners will set off to the sound of The Justice Collective’s cover of The Hollies’ classic He Ain’t Heavy, He’s My Brother – the song which unites Liverpool and Everton and shows the solidarity of the Red and Blue sides of the city. This will be followed by the 1 Mile fun run, which is due to start at 11.15am. 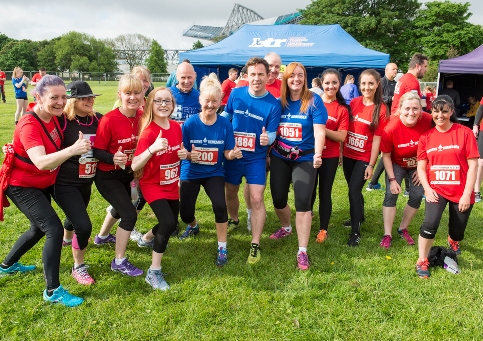 Alongside the two running events, there will be plenty to keep participants and spectators entertained before, during and after the fun runs. A regular on match days at Anfield and Goodison, Supporting Food Banks will have a donation point on the race showground and runners are encouraged to bring along non-perishable food which can be donated to people in need. Runners can also do their bit to help youngsters and adults without access to kit and equipment. KitAid is a charity recycling unwanted kit for the developing world, including Malawi, Kenya, The Gambia, Sierra Leone and Cape Town. KitAid is encouraging participants and spectators to donate clean and good condition T-shirts and football kits. They can also accept full team kits as well as individual items including boots, shin pads, balls, training bibs and rain jackets. Shirts carrying sponsor logos can also be accepted.

Liverpool Homeless Football Club are hosting a cross bar challenge, beat the goalie and a football obstacle course, and there will be kids’ yoga sessions and face painting. Runners and spectators can also enjoy a rest post run in relaxation areas from Crabbies and Radio City 2 and their Street Team. Support on the day also comes from Merseyside Fire & Rescue Service, and volunteer teams will represent Stanley Park Junior parkrun and Kirkby Milers.

Run For The 96 5K is the brainchild of Dom Williams, who organises the annual Hillsborough to Anfield run. He developed the idea of Run For The 96 with race organisers BTR Liverpool to create a new 5K community legacy fun run as a way of engaging the wider community to run to remember The 96. BTR organise and deliver the Run For The 96 event. Funds raised and donations through last year’s event totalled £11,252.78 for the LFC Foundation and Everton in the Community, the charitable arms of the city’s two football clubs to enable them to continue their fantastic work across Merseyside – seeing them each receive £5,626.39. The charity element is key to the event’s commitment to ensuring that local communities benefit from the legacy run. So this year the LFC Foundation, Everton in the Community and Stanley Park Liverpool CIC will also benefit.

People can fundraise or make donations by visiting the official Virgin Giving page at: https://uk.virginmoneygiving.com/RunForThe965k

Online entries will remain open until 5pm on Friday, 12 May – register HERE. Or enter in person at BTR at 82 Market Street, Hoylake, Wirral, CH47 3BD. The BTR office will also be open on Saturday (12 May), between 10am and 2pm for final entries. The entry fee for Run For The 96 5K and 1 Mile pays to stage and deliver all aspects of the event.