Sir Paul McCartney joins celebs to praise health workers during One World broadcast - The Guide Liverpool
Contact Us Advertise with The Guide Our Video Services Follow us:

Celebrities across the planet including Sir Paul McCartney have praised health workers during the star-studded One World broadcast organised by Lady Gaga.

An array of stars including Sir Paul McCartney, Beyonce and The Rolling Stones took part in a broadcast celebrating health workers on the front line of the coronavirus pandemic.

Curated by Lady Gaga, the One World: Together At Home event attracted some of the biggest names in music in a show of gratitude to those around the world fighting the outbreak.

The eight-hour event began on Saturday, including a two-hour TV broadcast in the US presented by late night hosts Jimmy Kimmel, Jimmy Fallon and Stephen Colbert.

It will be adapted and shown on the BBC on Sunday. Viewers were told the project, staged in conjunction with Global Citizen and the World Health Organisation (WHO), had already raised more than 50 million dollars (£40 million).

Gaga opened and closed the broadcast, kicking proceedings off with a cover of Charlie Chaplin’s Smile and was followed by Stevie Wonder, who sang Lean On Me in tribute to the late Bill Withers. 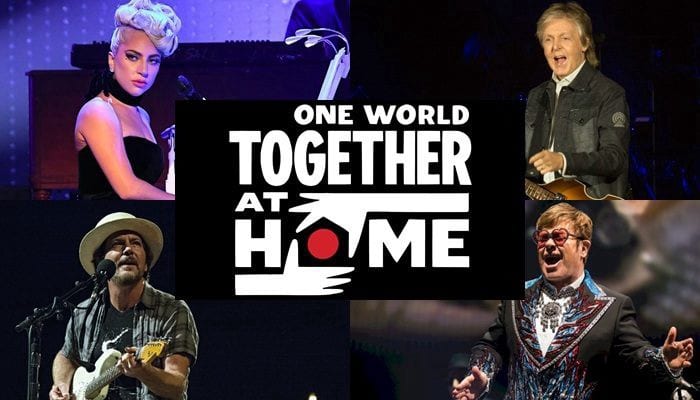 The Rolling Stones were among the featured acts, with Mick Jagger, Keith Richards, Ronnie Wood and Charlie Watts appearing from their respective homes to perform You Can’t Always Get What You Want.

It briefly looked like the group had fallen victim to technical problems, with only Jagger visible while the squares containing his three bandmates remained black.

However, they came into focus one-by-one and completed a striking performance.

Sir Paul McCartney sent a message of gratitude to healthcare workers, saying “we love you, we thank you”, before singing Beatles hit Lady Madonna.

The revered rocker issued a call to governments around the world to strengthen health systems to prevent another crisis. Before performing, he also paid tribute to his mother Mary, a former nurse and midwife.

In one of the night’s most memorable moments, Beyonce broke from the uplifting tone of the other stars on show to highlight the deadly impact coronavirus was having on black Americans. 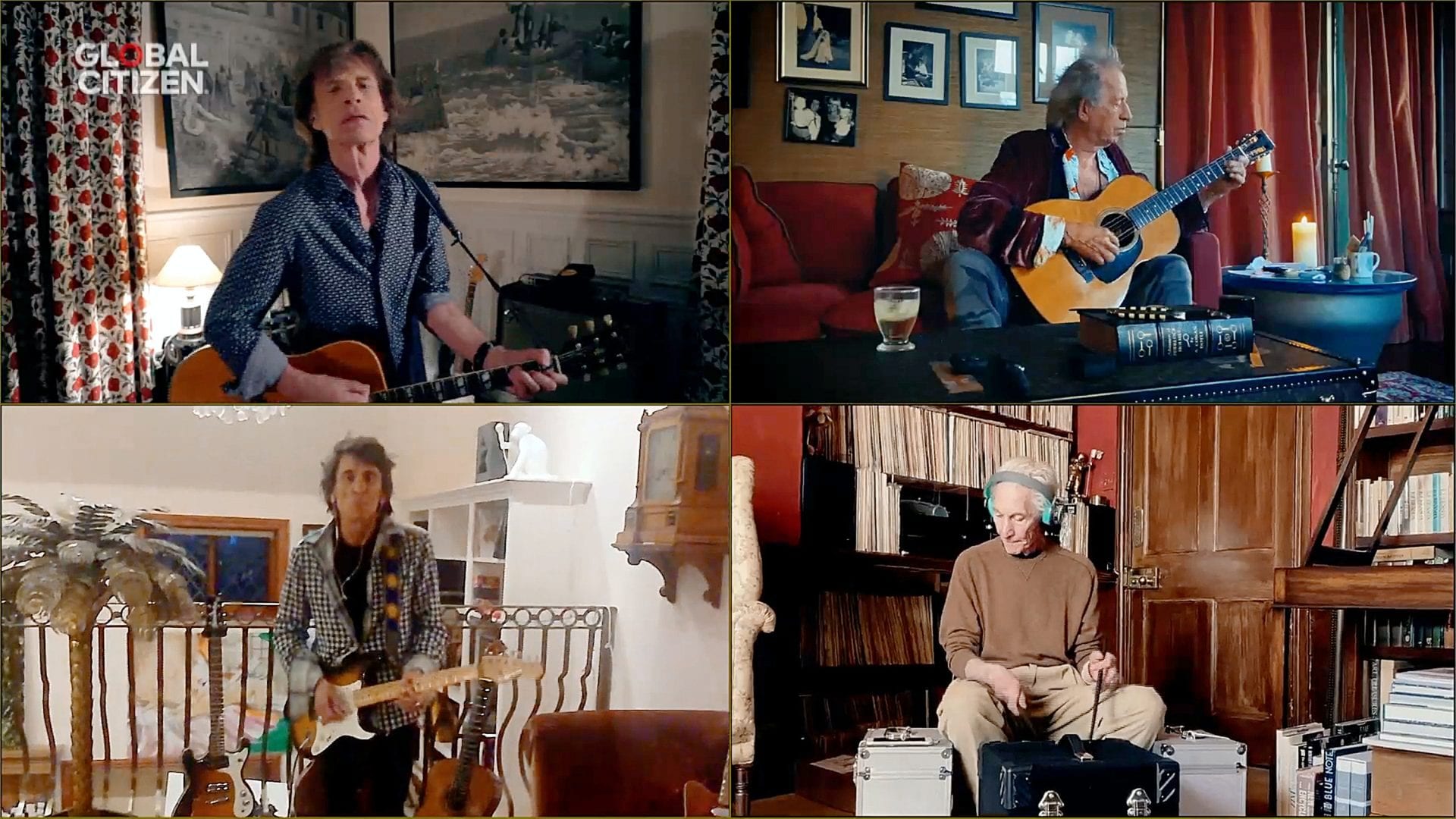 The pop titan, who also paid tribute to health workers and other frontline staff, said: “Black Americans disproportionately belong to these essential parts of the workforce that do not have the luxury of working from home. African-American communities at large have been severely affected in this crisis.

“Those with pre-existing conditions are at an even higher risk. This virus is killing black people at an alarmingly high rate here in America.”

She then cited grim statistics form her hometown of Houston, Texas, that showed 57% of fatal Covid-19 cases are African-American.

Sir Elton John appeared from his back garden in Los Angeles and raised spirits with an energetic performance of I’m Still Standing.

Taylor Swift performed her song Soon You’ll Get Better, a poignant track about her mother’s cancer diagnosis. “You’ll get better soon,” Swift sang. “‘Cause you have to.”

And Jennifer Lopez channelled Barbra Streisand as she sang People from the 1964 musical Funny Girl.

Throughout the broadcast, Kimmel, Fallon and Colbert highlighted individual cases of frontline workers, including doctors and nurses. 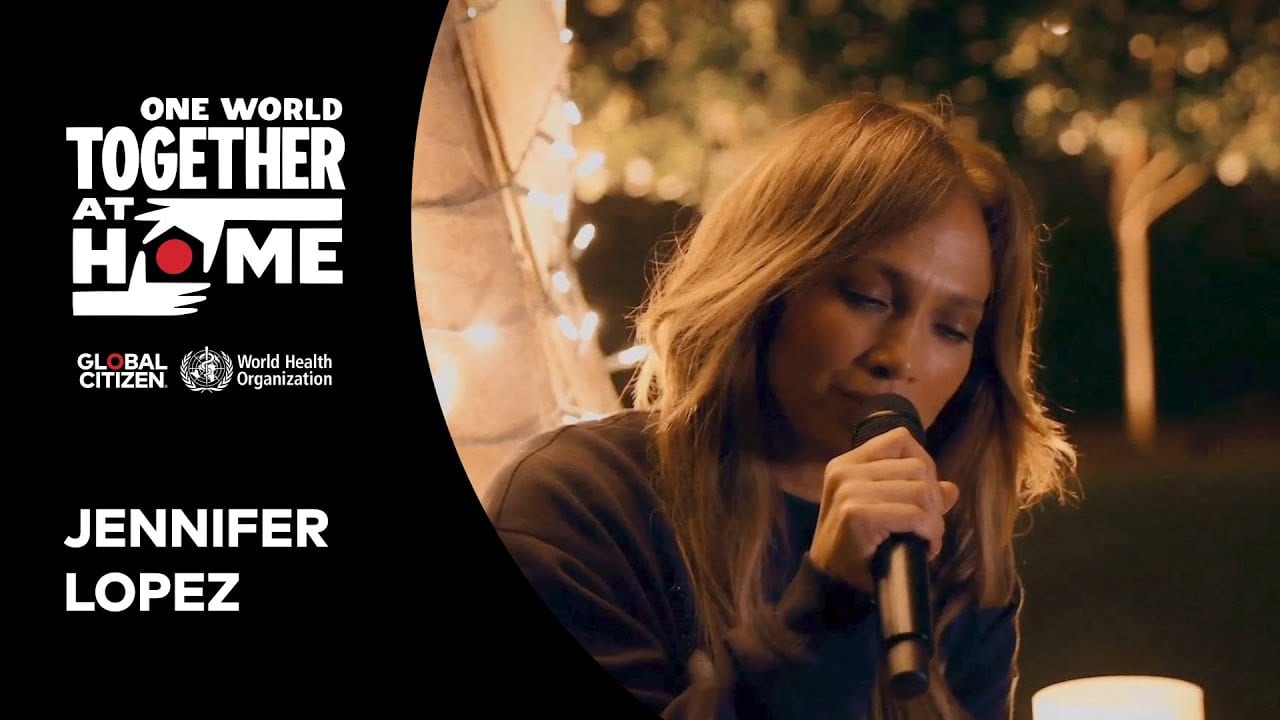 Viewers heard uplifting stories of bravery and sacrifice, including stories of nurses continuing to work while their colleagues fell ill, and scientists provided an update on the response, urging people to stay indoors.

Former First Ladies Laura Bush and Michelle Obama teamed up for a hopeful message amid the bleakness of the crisis.

Taking turns to speak, they praised people around the world for their response to the virus. Obama said: “We will continue to be here for one another and we will get through this crisis. Together.”

The musical performances also continued thick and fast. Pop sensation Billie Eilish was joined by her brother and musical collaborator Finneas for a moving cover of Bobby Hebb’s 1966 song Sunny.

The performance also included a nod to the James Bond theme, a reference to the pair’s No Time To Die song. 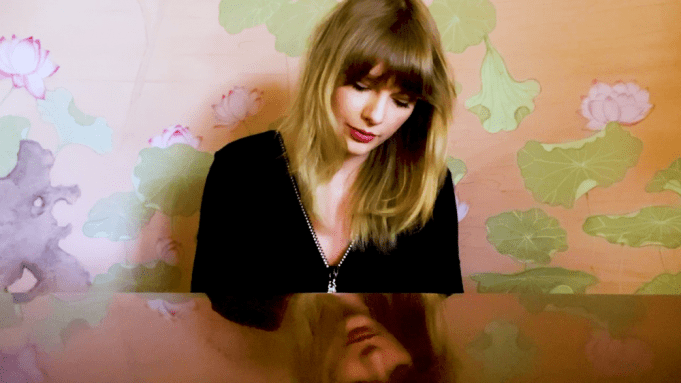 Grammy-winning artist Lizzo sang the uplifting A Change Is Gonna Come and Keith Urban was joined by wife Nicole Kidman as he performed a cover of Whitney Houston’s Higher Love.

And to close out the show, Gaga was joined by Andrea Bocelli, Celine Dion and John Legend for a performance of The Prayer.

The One World: Together At Home concert will be shown on BBC One at 7.15pm.