Sophie Ellis-Bextor and more for Deva Fest 2021 in Chester - The Guide Liverpool
Contact Us Advertise with The Guide Our Video Services Follow us:

Sophie Ellis-Bextor and more for Deva Fest 2021 in Chester

Organisers of the successful Deva Fest in Chester have announced the three-day event will return for Summer 2021 after lockdown has eased– and have revealed an exciting line-up of headline music acts.

Officially launched in 2019 Cheshire’s Family Friendly Music, Food and Lifestyle Extravaganza, Deva Fest proved hugely popular. Like many 2020 events the second-year festival had to be postponed due to the ongoing Covid-19 pandemic, but the organisers promised they would not be beaten, they have stayed true to their word by doubling down and adding even more star names for their 2021 event. 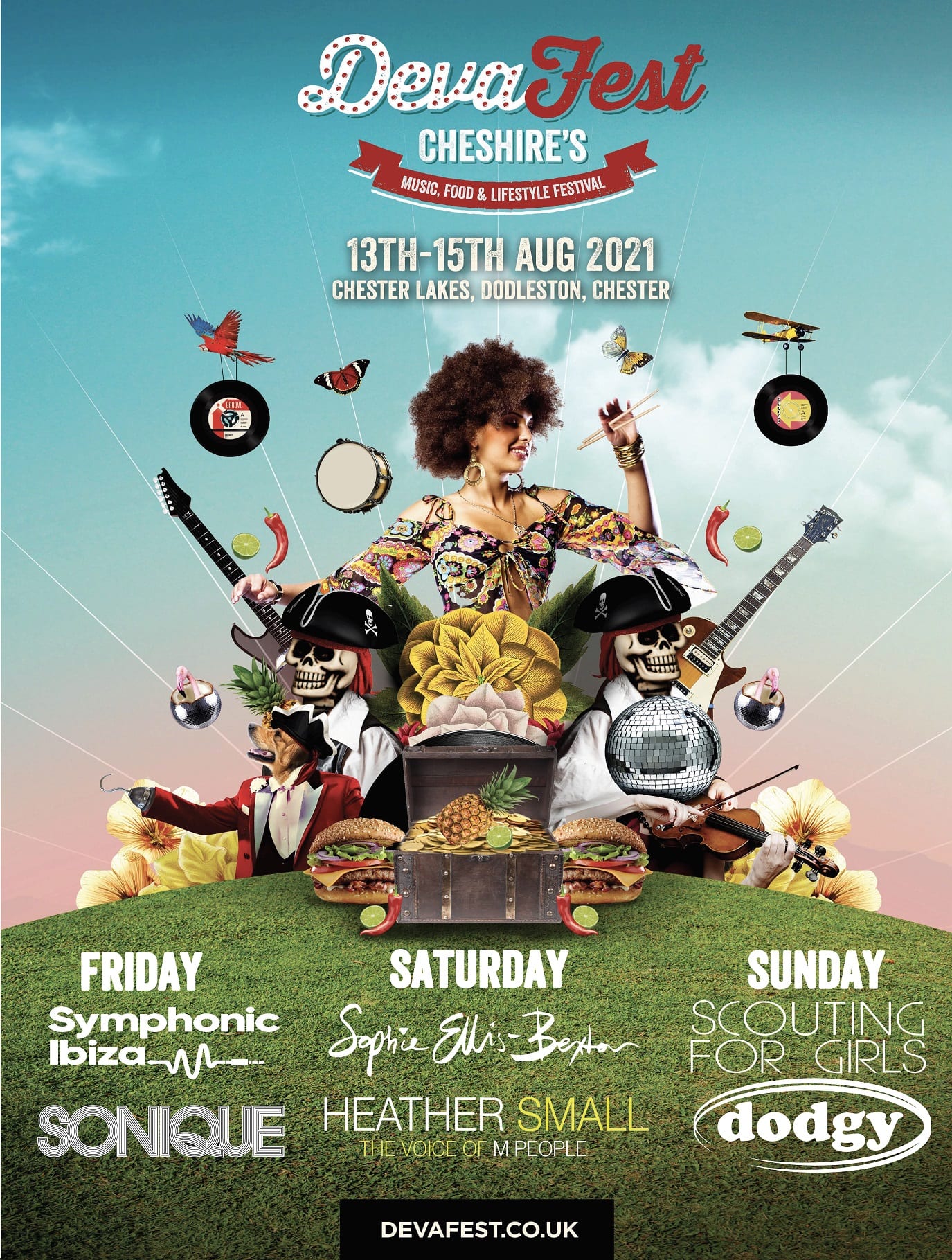 Deva Fest will take place across the weekend of Friday 13 August, Saturday 14 August, and Sunday 15 August 2021, at Chester Lakes in Dodleston, just outside Chester city centre. Tickets are on sale now; they are already selling fast with a limited number of tickets left at the current price levels.

Organisers have already shown their gratitude to Pandemic workers with over £8,000 worth of tickets going out to the NHS and Key Workers.  All tickets are currently being sold with a Covid-19 guarantee with tickets rescheduled or refunded should the event not take place.

The weekend programme will start on the Friday (13 August) with Old School Dance Anthems Day, headlined by Symphonic Ibiza and top hitmaker Sonique.

Returning to headline after their triumphant performance in 2019, Symphonic Ibiza will once again thrill the crowds with dance classics. DJ Andy Joyce will be joined by a full symphony orchestra conducted by Steve Etherington to ensure that Symphonic Ibiza transports fans back to the White Isle. 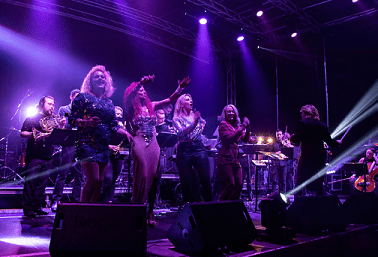 90s dance legend Sonique has now also been added to the line-up. The Brit award winning platinum selling singer, musician and DJ ripped up dance floors with hits like I Put a Spell on You, Sky and It Feels so Good. She brings back all the best memories of the 90s and noughties dance scene with some absolute anthems.

“We are determined to remain focused and optimistic and bring back the festival which made such an impact in 2019, and bigger and better than before. People are still talking about just how good Symphonic Ibiza were last year. When I was stood backstage watching the crowd in our Big Top jumping to tunes from the likes of Fatboy Slim and Swedish House Mafia, I knew we had to bring them back for 2020. Many festivalgoers asked for the Old School Dance Anthems Day to move to opening day so they can enjoy a real party atmosphere – so we’ve listened and given them what they really want. We have now made Deva Fest into three full days and nights for the first time and after the year we have had, it’s going to be one big party.

“We will however continue to follow the Government guidance and act in accordance, and we do have a Covid 19 guarantee in place to give confidence in buying tickets for the event.  We are thankful that many people have already booked, so much so that we have very few tickets left at the current price level, so I would suggest people buy now to grab those last remaining lower priced tickets.”

Saturday (14 August) is Pirate Day. The event will feature a whole host of pirate themed activities and entertainment, and the day will be headlined by Sophie Ellis-Bextor along with Heather Small.

The day will feature parades and street performers, with prizes for festivalgoers in the best Jack (or Jackie) Sparrow outfit. Chester’s Winter Watch Parade team will provide the entertainment.

Double platinum selling Sophie Ellis-Bextor will showcase her smash hits including Murder On The Dancefloor, Take Me Home, as well dance favourite If This Ain’t Love with DJ Groovejet.

Having pulled off one coup by securing Sophie the organisers have pulled off another by adding Heather Small to Saturday’s roster. Heather became one of the voices of the 1990s as lead singer of M-People. Tunes like Moving On Up, One Night In Heaven and Search For The Hero became the soundtrack to the decade. Heather has since had great successes with two solo albums and the title track of her ‘Proud’ album has gone on to become an Olympic anthem. 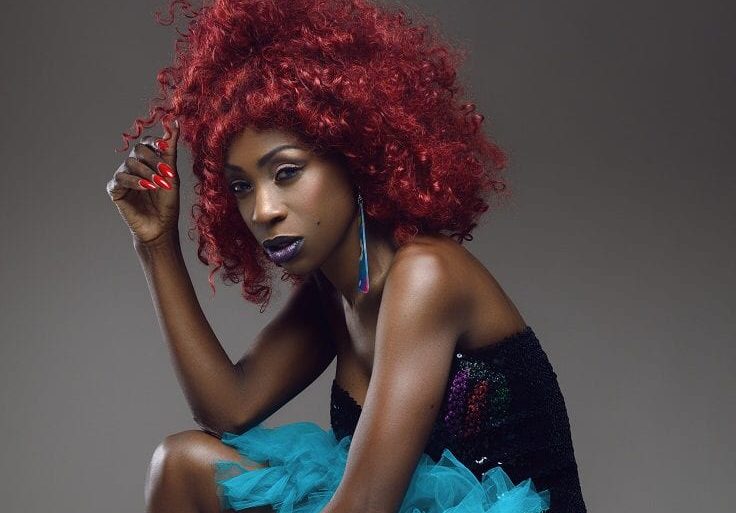 The fun doesn’t stop there, Chester duo Belle Voci also appear along with The Pirate Day Ball with TRIX and The Old Time Sailors.

“We can’t wait for the colour and magic of Pirate Day. The Winter Watch Parade team always come up with something amazing, and then to get Sophie Ellis-Bextor and her band performing is a real coup – it’ll be a fantastic family day.”

Deva Fest will close on the Sunday (15 August) with a headline set from festival band, Scouting For Girls and rock band Dodgy.

Four times Brit award-winning band Scouting For Girls head to Deva Fest fresh from a sell-out UK tour. Their impressive back catalogue includes sing-along anthems She’s So Lovely and This Ain’t A Love Song, as well as new material from their recent Top 40 album, The Trouble With Boys.

Added to the bill for Sunday are Britpop royalty Dodgy with their string of anthemic tunes including Staying Out For The Summer and the massive hit Good Enough – officially one of the most played tracks on British radio in the last 20 years. Gigs and festival appearances have always been a crucial part of the Dodgy experience, and for many they are the perfect festival band.

The music doesn’t stop there with The Dunwells, Zoot Serious & the Bellyful of Bop and Mississippi Riot also performing. 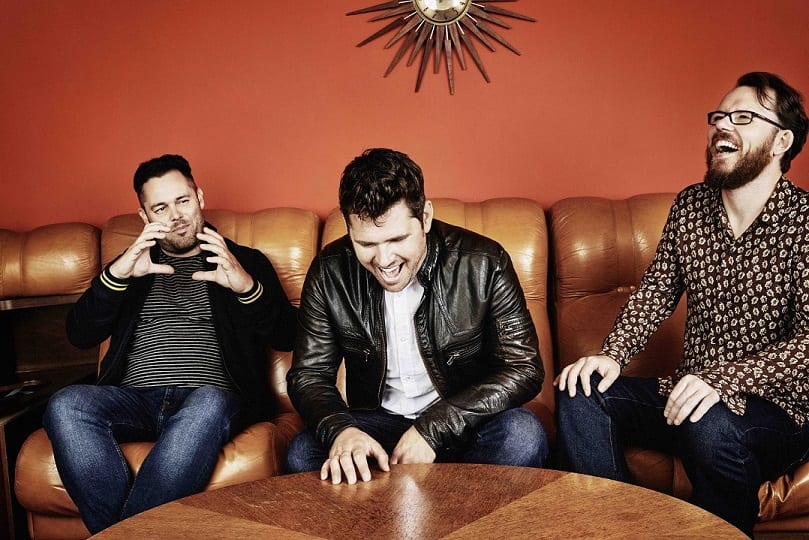 “When we asked festivalgoers in 2019 who they wanted to see play Deva Fest in the future, Scouting for Girls was a band whose name came up time and time again. So we are delighted they have agreed to come along and play this year.”

The Deva Fest attractions will also include a free to use fairground on the festival field. The main stage will once again be in a giant big top ensuring fantastic live performances, whatever the weather.

The free shuttle bus service has been expanded for this year’s event to now include Chester city centre, Chester Railway Station, Hoole, Handbridge, Westminster Park, Ellesmere Port, Wrexham, Gresford and Rossett. A full route is available on the Deva Fest website. Free parking is also available outside the festival gates.

Once again, Deva Fest will offer quality food and drink vendors, who will be hand-picked by Taste Cheshire to ensure locally produced tasty offerings and treats are available.

You can also make a holiday weekend of it with camping, caravan or motorhome weekend tickets also available next to the festival site with toilet and shower facilities, full details are on the website.

For more information and to book tickets visit www.devafest.co.uk