Southport Market announce list of vendors and management for huge feature bar - The Guide Liverpool
Contact Us Advertise with The Guide Our Video Services Follow us:

An incredible feature bar will be the centrepiece of the new Southport Market crown after Sefton Council appointed a locally based leisure group to manage its day to day running.

Following a tender process last year, Mikhail Hotel Leisure Group, famous for the Bold Hotel, Lord Street Hotel and Punch Tarmey’s, have been revealed as the team Sefton Council have chosen to manage the feature bar at the revamped Southport Market.

The new look venue will officially open its doors later this month, following the reveal of 9 incredible stalls and traders who will take up permanent residence in the building alongside the new bar operators.

“Yet again, the great team at Sefton Council have had fabulous vision with their regeneration plans for the market.

“Not only creating jobs for locals but I am certain that this will bring people from far and wide to Southport.

“My team are fabulous at what they do and running great venues is what we are known for, which meant we were the obvious choice to run the bar, the impressive centrepiece to the market. 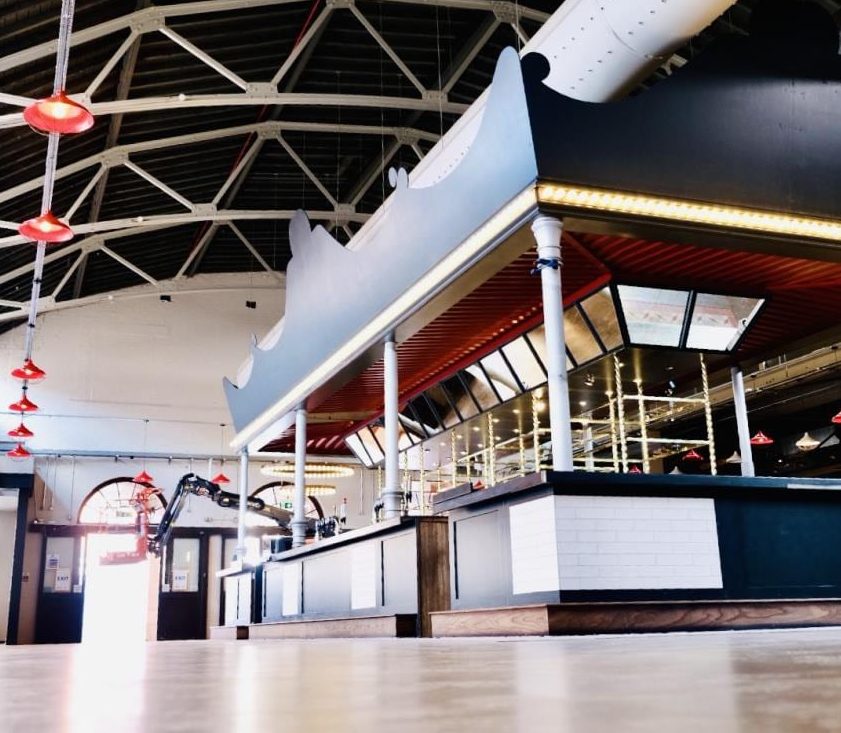 “The market is looking really impressive and we look forward welcoming those customers who are regulars at our other Southport businesses and to welcoming some new faces. ”

Finishing touches are being applied to the iconic market space as it undergoes a major transformation into a leading food, drinks and events space that will boost the local economic and tourism sectors, thanks to the hard work of Sefton Council and funding by both the Liverpool City Region & Southport Town Deal.

Aesthetics work will soon be completed to give the market space a sleek and modern look, while still combining elements of Southport’s proud seaside heritage.

The full list of confirmed traders is as follows:

Alongside the brand new Southport Market space is a monthly Maker’s Market, taking place in the surrounding market quarter are of the town, including a mix of artisan craft and food stalls.

The £1.4m market scheme, which is a key enabler and an early part of Sefton Council’s Covid-19 recovery plan for Southport, will see 10 new locally based food units and a feature bar installed. This will be supported by a flexible events area able to host high-quality markets along with other events.

“It is incredible to see all our hard work nearing completion and I cannot wait to see the Market open for everyone to enjoy.

“We are absolutely delighted to have confirmed the Mikhail Group as our Market bar operators and look forward to working with them at what is an iconic location.

“Southport Market is a venue that is of considerable historic importance to the resort, which is why we have ensured the space is brimming with local touches and influences.

“Our amazing tourism team have been hard at work with The Atkinson to source old images of Southport to be used throughout the market and the excitement is really building for our big launch soon!”