Speedo Mick on why he's going on a five-month UK-wide trek to deliver £250,000 to charities - The Guide Liverpool
Contact Us Advertise with The Guide Our Video Services Follow us:

Speedo Mick on why he’s going on a five-month UK-wide trek to deliver £250,000 to charities

Speedo Mick is getting his famous blue trunks back on this Bank Holiday Monday to set off on a five-month trek, delivering £250,000 worth of donations to charities across the UK.

After his last epic John O’Groats to Lands End walk, this time Mick wants to give out and well as collect charity cash.

And, he says, it’s important that everyone who supported him sees exactly the kind of work their money is going to help.

“As a charity ourselves we will be fundraising at the same time, so I’ll still have my bucket with me, but really this is about giving back,” says Mick. 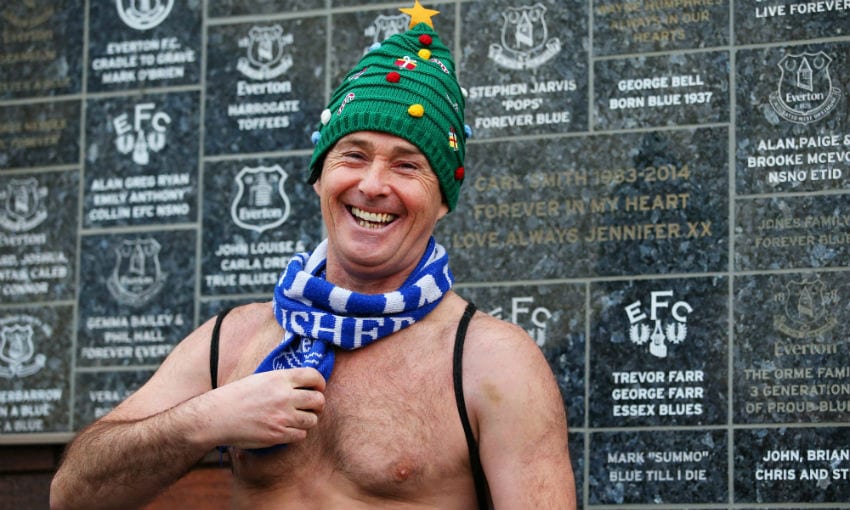 “When somebody puts a pound in the bucket or donates through the fundraising page, I want them to be able to see where the money goes and what it’s actually doing.

“By me getting out and going there, people will get to see these charities and good causes and all the work they do.

“It’s especially important to support them financially now because with the pandemic nobody’s been able to fundraise in the ways they usually would so it’s put a huge strain on their finances.

“Charities right across the country and good causes are picking up the slack from the Government. Loads of people are falling through the Government’s net and charities are the ones who are catching them. There’s going to be such a massive fall-out after Covid, especially with mental health, so we need to make sure those charities and organisations are still there to help because communities would be in disarray without them.”

Mick has been very open about his own mental health struggles, and he admits that he hit a real low after his last trek finished.

That’s another reason why he’s keen to get out walking again, to highlight the issue and encourage people who are struggling to get help.

Get on this you beautiful people, I'll be spreading the love and stomping around Scotland from next Monday, I'm expecting you all to come along and cheer me on again! ??✌️

“I’ve had about four months of going to therapy and talking about stuff because I wasn’t bouncing things off anybody or speaking about how I was feeling to anybody,” he says.

“I really let it take control, I was trying to please everybody and not looking after myself and that’s an easy trap to fall into especially when you’re trying to do good stuff. But you’ve got to learn to give yourself a bit of time as well and that’s what I wasn’t doing.

“My profile and basically who I am is a bubbly confident person so if I can get affected like that and go on the slippery slope of depression, and I’ve got lots of people around me, imagine how it is for people who’ve got nobody around them?

Mick’s latest walk will start on Monday from Stornoway in the Western Isles of Scotland before taking in five capitals – Edinburgh, Belfast, Dublin, Cardiff and London. A total of more than 2,500 miles will take him finally back to Liverpool after five months on the road.

The first charity to receive a cheque will be Catch 23 mental health drop-in centre in Stornoway, although the fund has already made three donations closer to home – Level Water swimming charity providing swimming lessons for children with disabilities, the Slow Down for Bobby road safety campaign, and Inclusive in Liverpool. 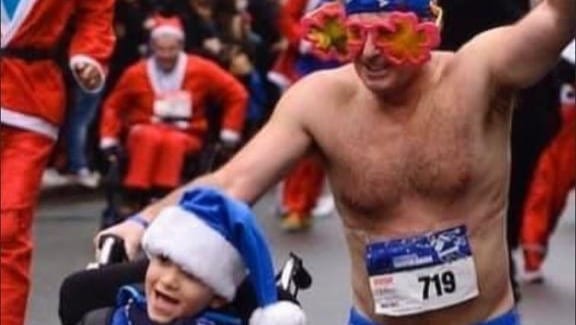 “Some organisations applied and some we’ve found, but the foundation is run by a board who are the ones who allocate the money and get it to the right places so I owe a big thank you to them because they’re really experienced in the field of charity,” says Mick. “£250,000 is just some of the money we raised from the first walk, but we wanted to get that first amount out there now when it’s really needed.

“The Speedo Mick Foundation is all about spreading goodwill and giving back so that’s what we’re doing again.”

As for his famous blue Speedos, Mick says he’s got them all lined up and ready.

“I’ve got some brand new Speedos with new sayings on and a couple of businesses who’ve donated have got their branding on there so basically businesses can get their logo on my bum!

“It’s pretty perky now as well, I’ve done my best in the gym, but you know I don’t care about all this body image thing. You are who you are, you’ve got what you’ve got, so you just get out and do your best with it.”

To donate to Mick’s latest trek, go to the Go Fund page here.