Spurs fan jets off to Madrid – but finds plane is full of Liverpool supporters - The Guide Liverpool
Contact Us Advertise with The Guide Our Video Services Follow us: 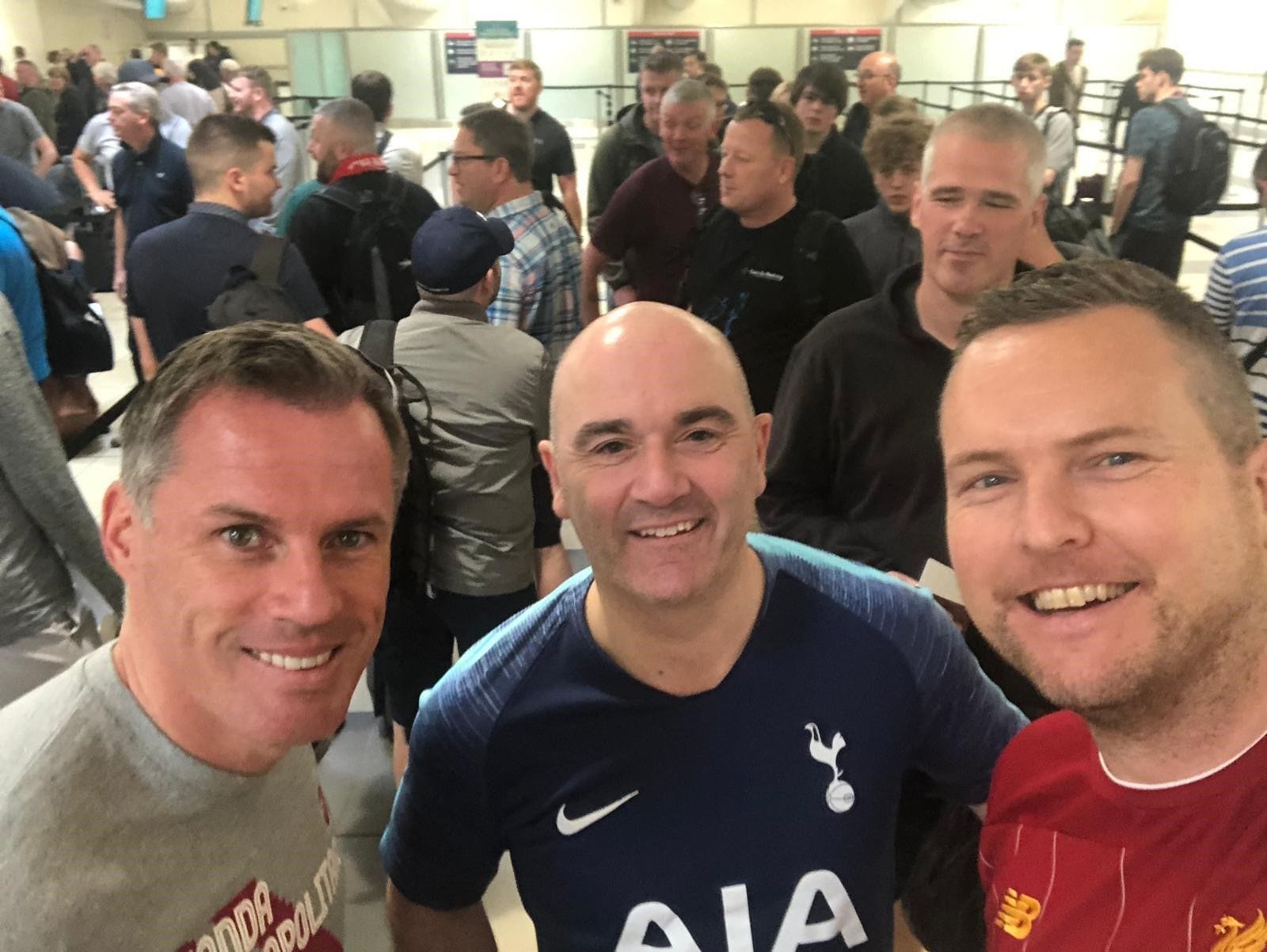 The 45-year-old said his rival fans were good-humoured as they travelled to the Champions League final.

Jason McAuley’s flight to Madrid to watch his team bid for Champions League glory will live long in the memory – but for the wrong reason – after discovering he was the only Tottenham fan on a plane full of Liverpool supporters.

The 45-year-old Irishman expected to see a few more Spurs shirts when he got on the direct flight to the Spanish capital, despite leaving from Liverpool’s John Lennon airport, on Friday morning.

But he said it was a “nightmare” flight after he was mercilessly ribbed by scores of rival fans, including friend of 20 years Antony Lockley.

Mr McAuley said: “I honestly thought there would be a small group of Spurs fans on the flight, I couldn’t believe it was just me – nightmare.

“Liverpool fans know their football … so I think they’re pretty open to a bit of friendly banter and that was pretty much the way it was, so it was all good.

“I was getting battered by them, all flight. It was good-humoured, but it was brutal.”

Mr Lockley, an ardent Liverpool supporter, said he enjoyed the flight – particularly after getting a picture alongside his friend and Anfield legend Jamie Carragher.

He said: “I spotted Jamie in the queue at the airport and I asked if he’d mind having a picture taken – I was in my Liverpool shirt and Jason was in his Spurs shirt – and he couldn’t have been nicer.

MORE: Your guide to the Champions League Final festival in Madrid

Tag us in your pictures either from Liverpool or Madrid today and we will share to the city. Keep it with us on Twitter, Facebook and Instagram for all the build up to tonight’s Champions League Final