Stephen’s Glow Green Walk for The Clatterbridge Cancer Charity and how you can take part too - The Guide Liverpool
Contact Us Advertise with The Guide Our Video Services Follow us:

Next month, on World Cancer Day, hundreds of people are set to make Liverpool City Centre Glow Green for The Clatterbridge Cancer Charity.

Among those taking part in the Glow Green Night Walk, on 4 February will be cancer patient Stephen Clewlow and his wife Emily, who have a very special reason for getting involved.

Last year, after noticing a change in his sight and a routine visit to his local optician, 61 year-old Stephen was diagnosed with a rare type of eye cancer called Uveal Melanoma.

After successfully undergoing surgery, Stephen discovered that the cancer had spread to his liver. He was referred to The Clatterbridge Cancer Centre, one of only four centres in the UK that specialises in treating his type of cancer.

With a baby on the way for Stephen and his wife Emily, who was 38 weeks pregnant when he was diagnosed, life became a whirlwind of hospital appointments. Emily tells us “Steve has been fit and healthy his whole life. I’d never seen him unwell, then suddenly cancer was in our lives. We had no choice but to keep powering on.

“I remember waddling around, trying to keep up with the doctors, but everyone has been fantastic. It’s just very welcoming and there’s a reassurance that the team that they’re doing the best for you”. 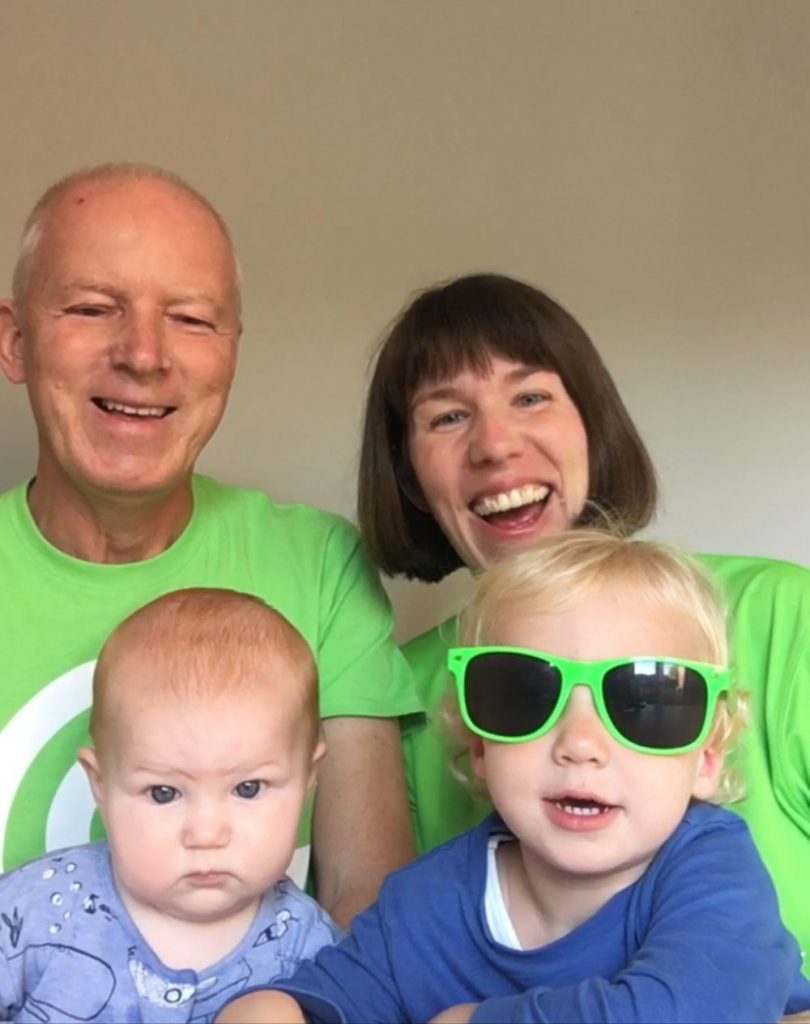 Emily and Stephen with family

Whilst time and results may not have always been favourable for Stephen and Emily, they have found positivity in the warmth and care from the team at The Clatterbridge Cancer Centre. In particular, Dr Anna Olsson-Brown, who has had a huge impact on their lives as a family.

Since his diagnosis, the family have thrown themselves into fundraising, to give back to the hospital that is prolonging Stephen’s life.

Now, they are looking forward to walking through the City with so many others whose lives have been touched by cancer and by the incredible care provided by The Clatterbridge Cancer Centre. 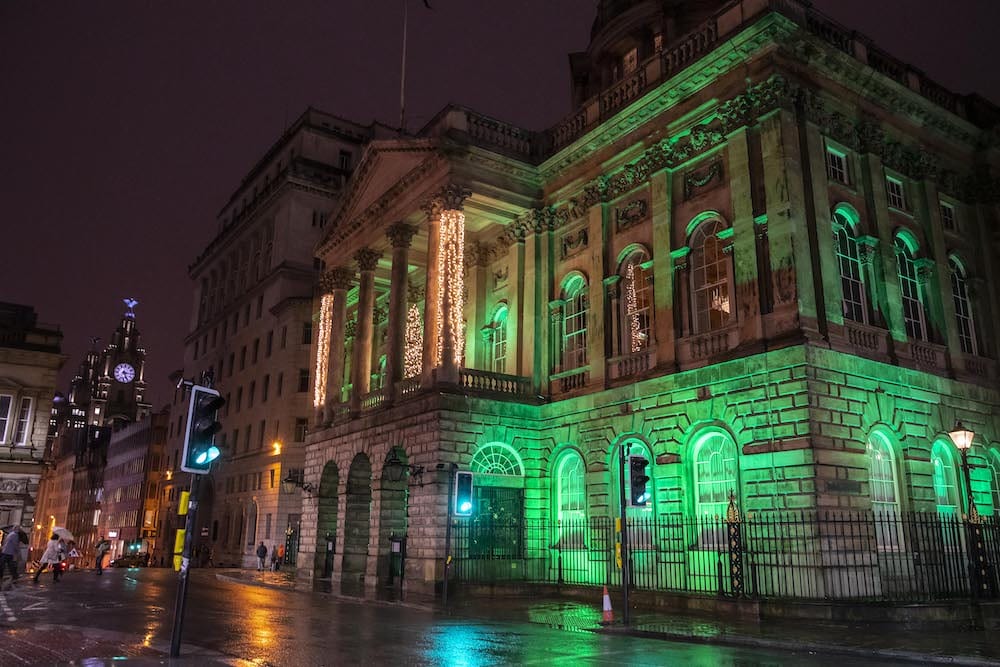 Buildings across the city and beyond into Merseyside and Cheshire, will light up green too, to show their support and light the way for the walkers who will begin the 8k at Exchange Flags before taking in some of Liverpool’s most iconic landmarks.

While the evening will be filled with music and laughter, there is time to reflect too as hundreds of candles will be displayed on the steps of Liverpool Metropolitan Cathedral, along with messages of thanks, hope and love.

MORE - 5 ways you can reduce costs as household bills rise

Speaking about their fundraising, Emily says:

“I was looking for a really positive thing to get people together. People didn’t know what to say, I was conscious that I wanted people to be together for a positive reason, a celebration.

Stephen adds “I am really lucky, I have really good support from friends and family and it does make a big difference. Most people will identify with a tragic scenario, and on the face of it, it does look like a tragic scenario; I’m a Dad with a young family, facing a terminal illness.

“A couple of my friends have even made the decision to reduce their working hours so that they can spend more time with their wives and children because it makes you realise how precious life is. You can keep putting things off, and you never know what life will throw at you.” 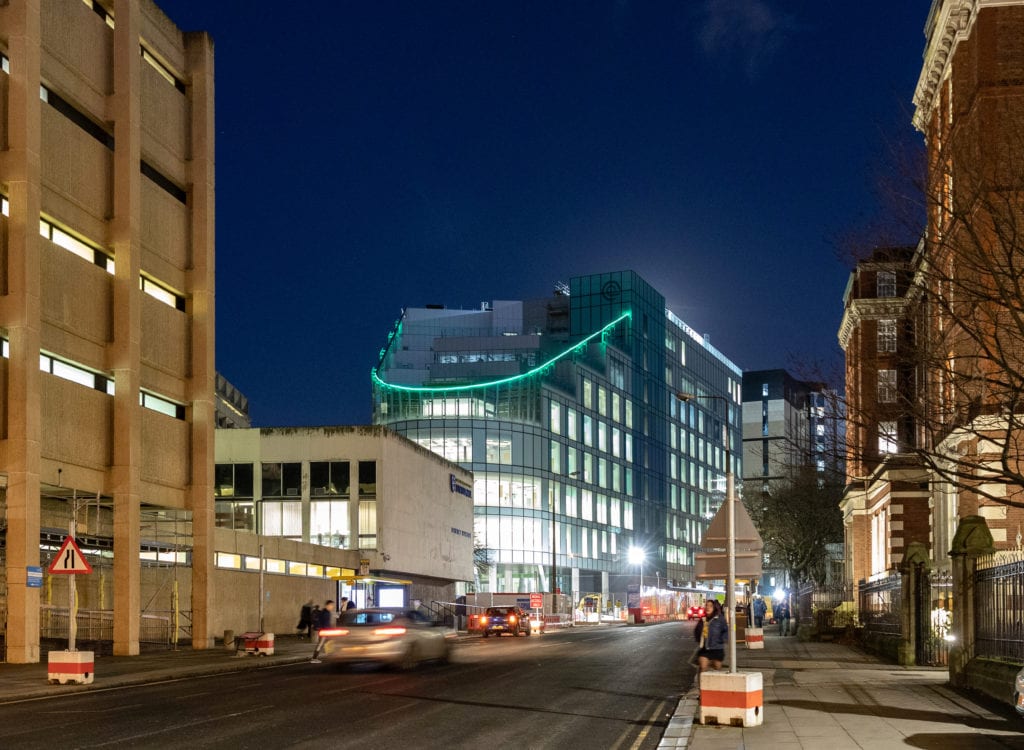 “Stephen and Emily are a real inspiration. They have raised an incredible £5,000 already with their family and friends and we’re delighted to welcome them to the Glow Green Walk.

“It’s going to be a very powerful sight as buildings across the region light up green for Clatterbridge on World Cancer Day, while our supporters create their own wave of colour around the City, walking together against cancer.

The money raised at the event will help to fund life-saving research and the best care at our centres across the region, including research into Immunotherapy that will help people like Stephen, along with emotional support for families who are going through a similar experience.

We also want to thank our generous event sponsors Brabners and Regatta along with the many businesses and people who are helping to make Glow Green possible.”

You can join Stephen, Emily and hundreds of others at Glow Green.

Visit www.clatterbridgecc.org.uk to sign up today and receive your FREE Glow Green tshirt.