Stoptober: Ex-smoker thanks hospital staff who helped him quit - The Guide Liverpool
Contact Us Advertise with The Guide Our Video Services Follow us:

Stoptober: Ex-smoker thanks hospital staff who helped him quit

This Stoptober, an ex-smoker of 40 years is urging those who want to stop smoking to seek the support needed to quit, after receiving support himself from a dedicated team at Liverpool University Hospitals.

66-year-old Allan Berry has not smoked for six months thanks to the support of the CURE team at Liverpool University Hospitals NHS Foundation Trust. The CURE team offer smoking advice, support and treatments to hospital inpatients across the Trust’s wards.

When the retired chef from Whiston was admitted to the Trust’s Royal Liverpool University Hospital in May 2021 for vascular surgery, he was able to utilise smoking cessation support and begin an individualised management plan to quit smoking for good. 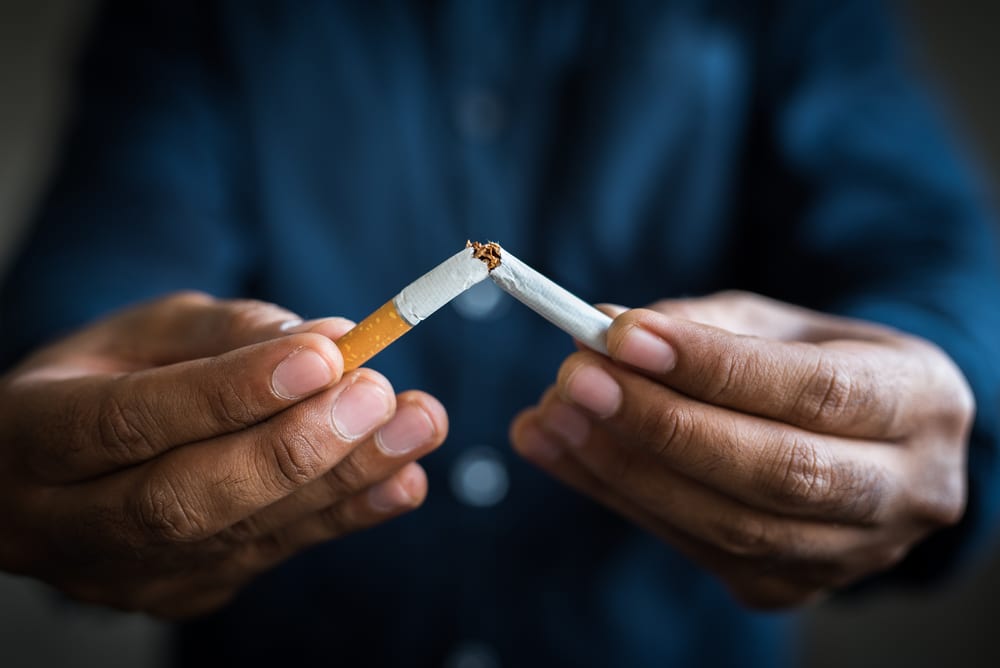 “I actually first tried a cigarette in school, but it made me sick. It wasn’t until I was in my 20s that I took up smoking, and until this year I smoked between 10 and 12 cigarettes a day. When I was going out, the pubs were all filled with clouds of smoke. I’d play darts and snooker with my friends, who all smoked, and my parents did too – no-one batted an eyelid, it was just the normal thing to do.”

It wasn’t until his health started to deteriorate, he tried to kick the habit. Allan has several health conditions caused as a result of smoking, including peripheral arterial disease, where fatty deposits in the arteries restrict blood supply to the leg muscles, and Chronic Obstructive Pulmonary Disease (COPD), which causes breathing difficulties. He has also suffered a heart attack and a stroke.

“Around 10 years ago, I’d managed about three days of no smoking, but in the end my wife Jan had to go and get me a packet of cigarettes as I was going mad. I was not a heavy smoker, but it’s an addiction – and what an addiction it is!”

Allan puts his success of finally being on the road to recovery down to the CURE team he met whilst an inpatient at the Royal. His consultant had said that his arteries were in such a mess, he needed to quit smoking. 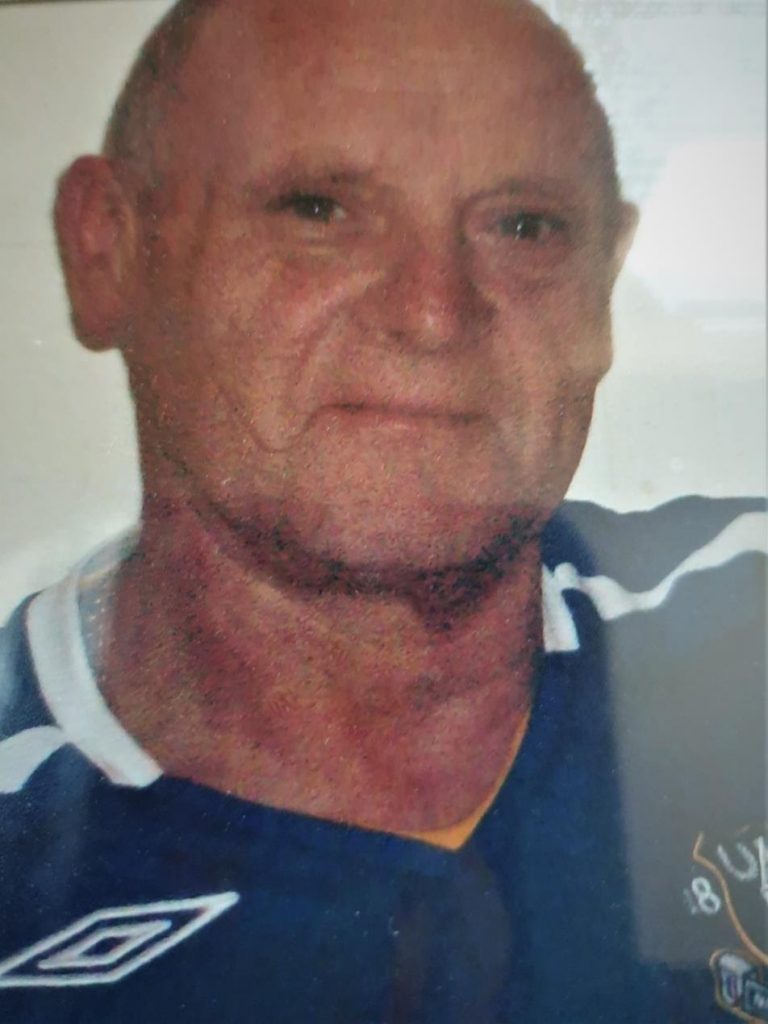 “It was scary to hear. Being on the vascular ward at the Royal was a real wake up call. I saw some patients who were having their legs amputated because of the damage smoking had caused. It was the wakeup call I needed. That’s when I met Ian.”

Ian McNally is a Smoking Cessation Assistant Practitioner in the CURE Team at Liverpool University Hospitals. The team routinely identify smokers on admission, and then support these patients during their stay to begin Nicotine Replacement Therapy (NRT), to help alleviate cravings. Support is then continued post discharge with a supply of cessation products and a transition to a community provider, to continue their plan to stop smoking.

Ian said: “I am really proud of Allan; he has made some fantastic steps to quit smoking. When I first met him on the ward, he knew he was unable to quit smoking on his own but said that if he wasn’t approached by us during his inpatient stay, he may not have asked for support.

“I know that the support we have been able to give Allan has helped positively change his health and life. This makes the job that I do all the more worthwhile. By medicalising nicotine addiction, it helps to reduce stigma and effectively support people to quit for good.” 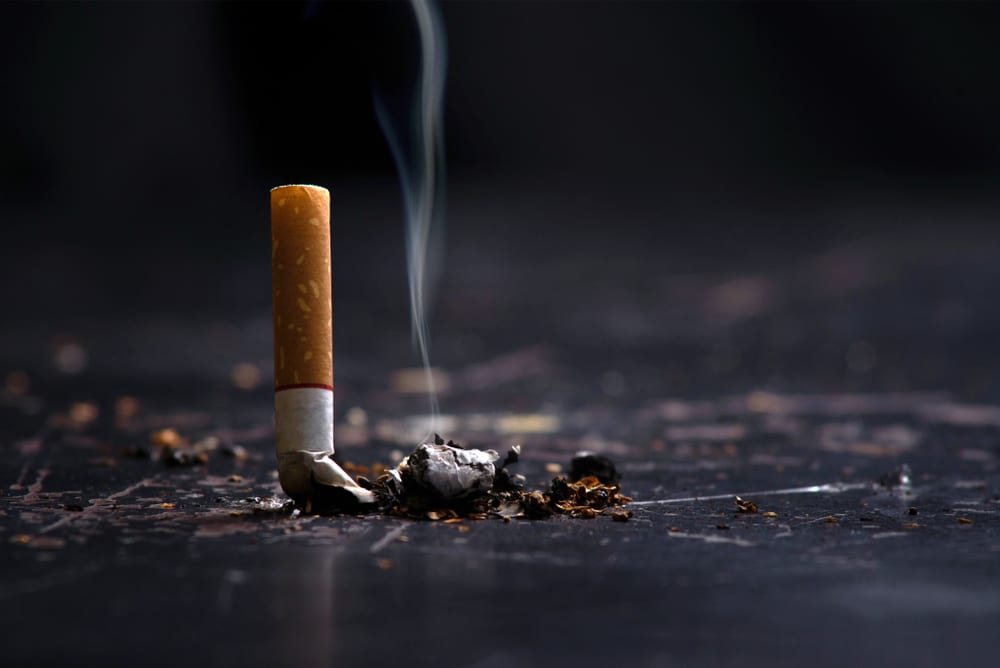 For Allan, the CURE team are an invaluable service to the hospitals: “Meeting Ian, changed my life for the better. He’s very good at his job – worth his weight in gold. I took him as a father figure – even though I am much older than him! I decided I wasn’t going to let him or anyone down, and I wasn’t going to be back in hospital because of smoking. I’m now six months smoke free.

“It’s a massive achievement, and I couldn’t have done it without all the support I’ve had. The little things I notice make a big difference. Like the first thing I notice when I come down the stairs in the morning is, I can’t smell smoke in the house. I also don’t get out of breath anymore. But don’t get me wrong, it’s incredibly difficult. I still don’t know what to do with my hands sometimes, after 40 years of smoking it’s hard. I’m not 100% there yet – but I’m 90% and I am so much better for it.”

Since the CURE team were implemented in 2019, 91% of inpatients referred to the CURE programme go on to engage with their local specialist Stop Smoking Service, with 50.8% successfully going on to quit smoking in the long term. CURE also host regular staff clinics, to support colleagues who want to stop smoking.

Dr Paul Fitzsimmons, Deputy Medical Director of Liverpool University Hospitals, said: “I am thrilled that our CURE team were able to support Allan to stop smoking. Stopping smoking is one of the best things you can do for your health, but as it’s an addiction, it can be incredibly difficult.

“The CURE team are here to help support our patients to reach their goal whilst in our care, and post-discharge with our community partners. The service is an asset to our Trust, and I hope that we can help support many more patients, just like Allan, to stop smoking.”

For more information on support to stop smoking, visit Smokefree Liverpool or call 0800 061 4212