Now let’s face it we have all been stuck on Mathew Street longer than we had anticipated at least once in our life! One turns to two, two turns into three, and next minute you are having a ball in the Rubber Soul, Flares or the Cavern praying the night will never end.

But this morning it was Eddie the seagull who had one too many, and stayed out way past his bedtime. 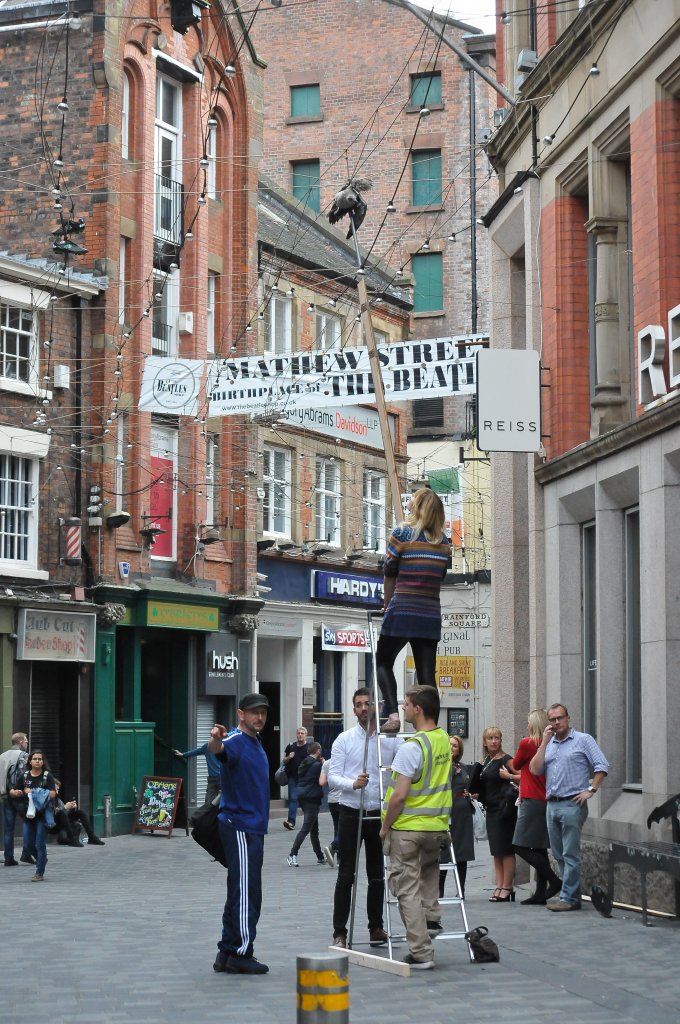 Passers by and the good people who work on Mathew Street rushed to the baby seagull’s aid when he got caught up in the overhead lights just outside Reiss. 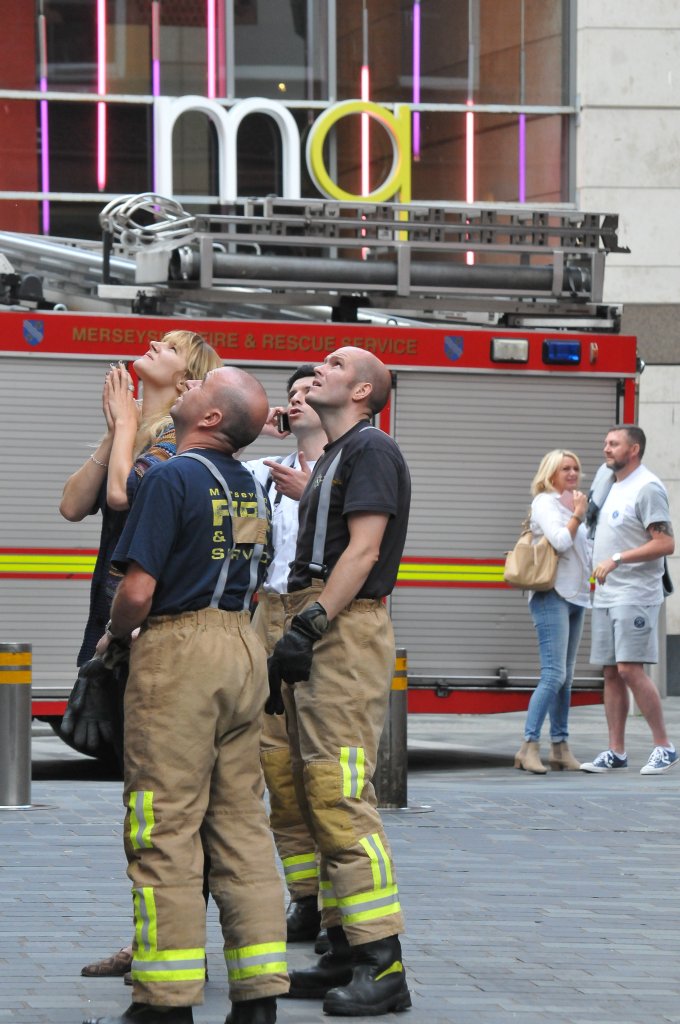 Ladders, wooden sticks and brushes were used to try and free the bird for over an hour until the gang from Merseyside Fire Service turned up to save the day. After a risk assessment, the hydraulic platform was used to give Eddie his freedom back. 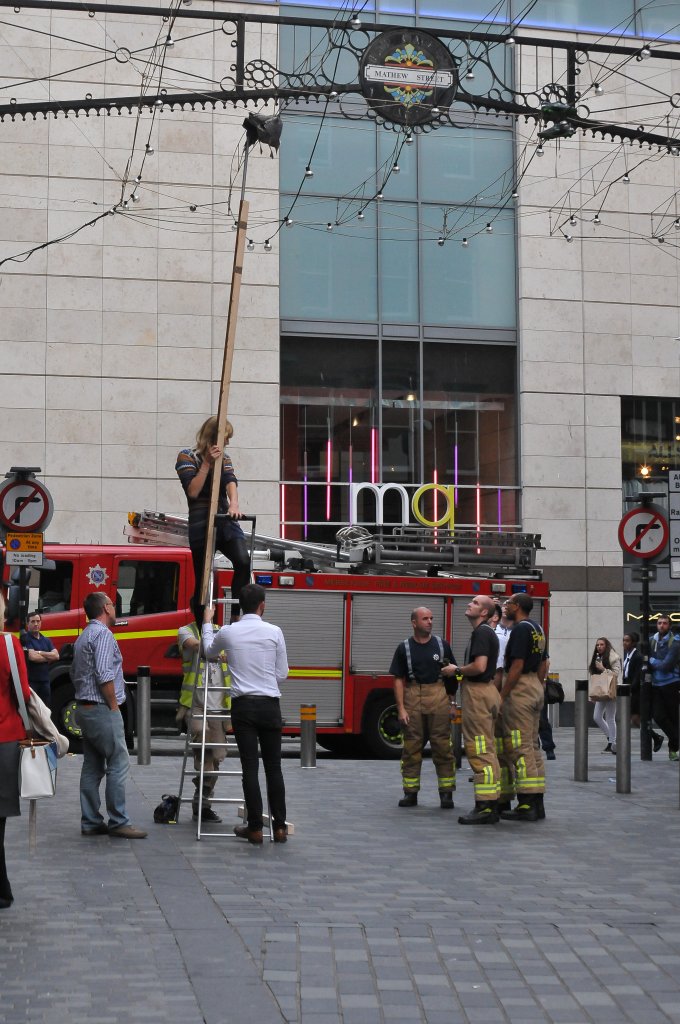 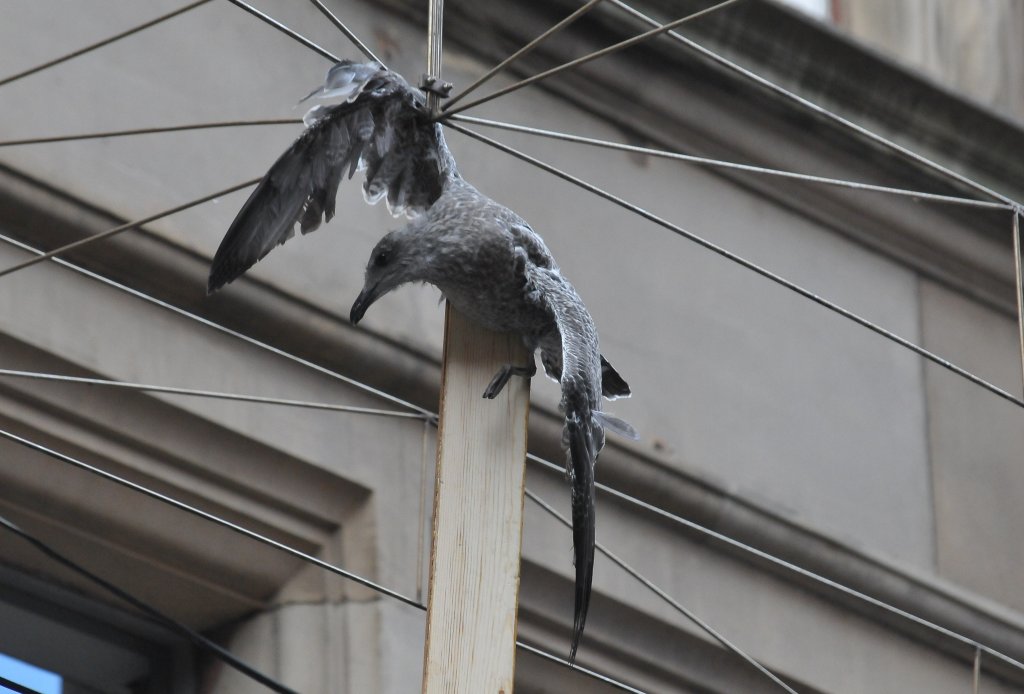 Finally now free as a bird Eddie is undergoing treatment for a broken wing, and has vowed to his Mum that he will never return to Mathew Street after hours again, at least until he is well over 18. 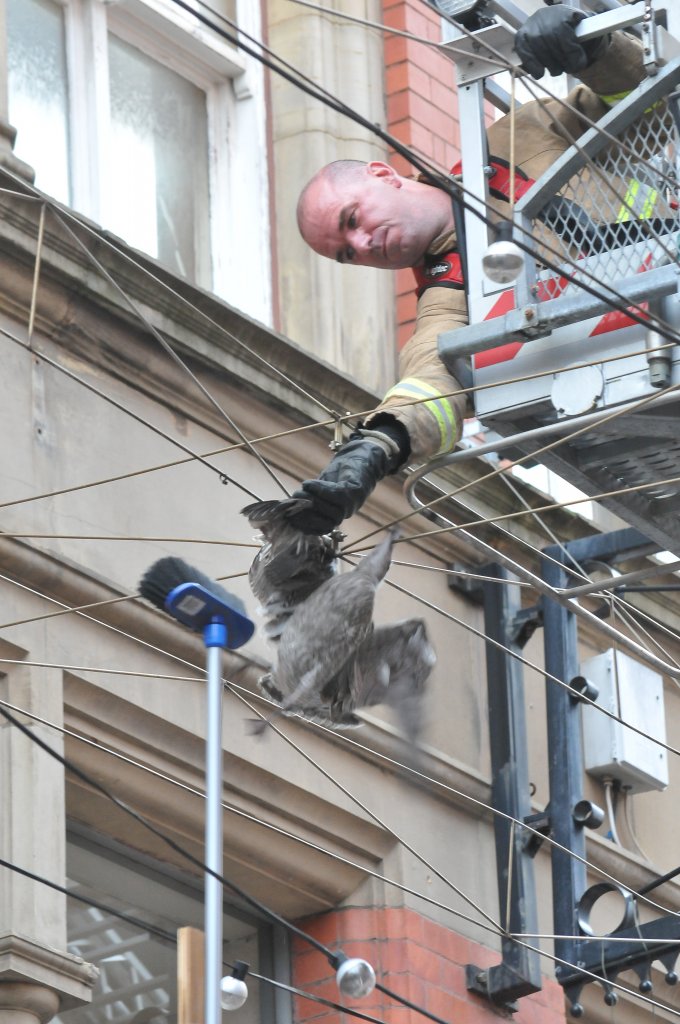 READ MORE: 10 Reasons why Scouse seagulls are harder than the rest

Pictures courtesy of Dave the Pap at Bond Media.