Summer’s spreading sunshine again after ringing the cancer bell at Alder Hey - The Guide Liverpool
Contact Us Advertise with The Guide Our Video Services Follow us:

But now the six-year-old from New Brighton is spreading sunshine and sparking tears of joy again after beating the illness and ringing the end of treatment bell.

Mum Leanne says: “It’s been a long two years and I can’t explain how good it feels to have the old Summer back, smiling, singing and dancing all the time.

“To watch her ring that bell was amazing, and it was a day that wouldn’t have been possible without the amazing staff at Alder Hey. We will be forever grateful.” 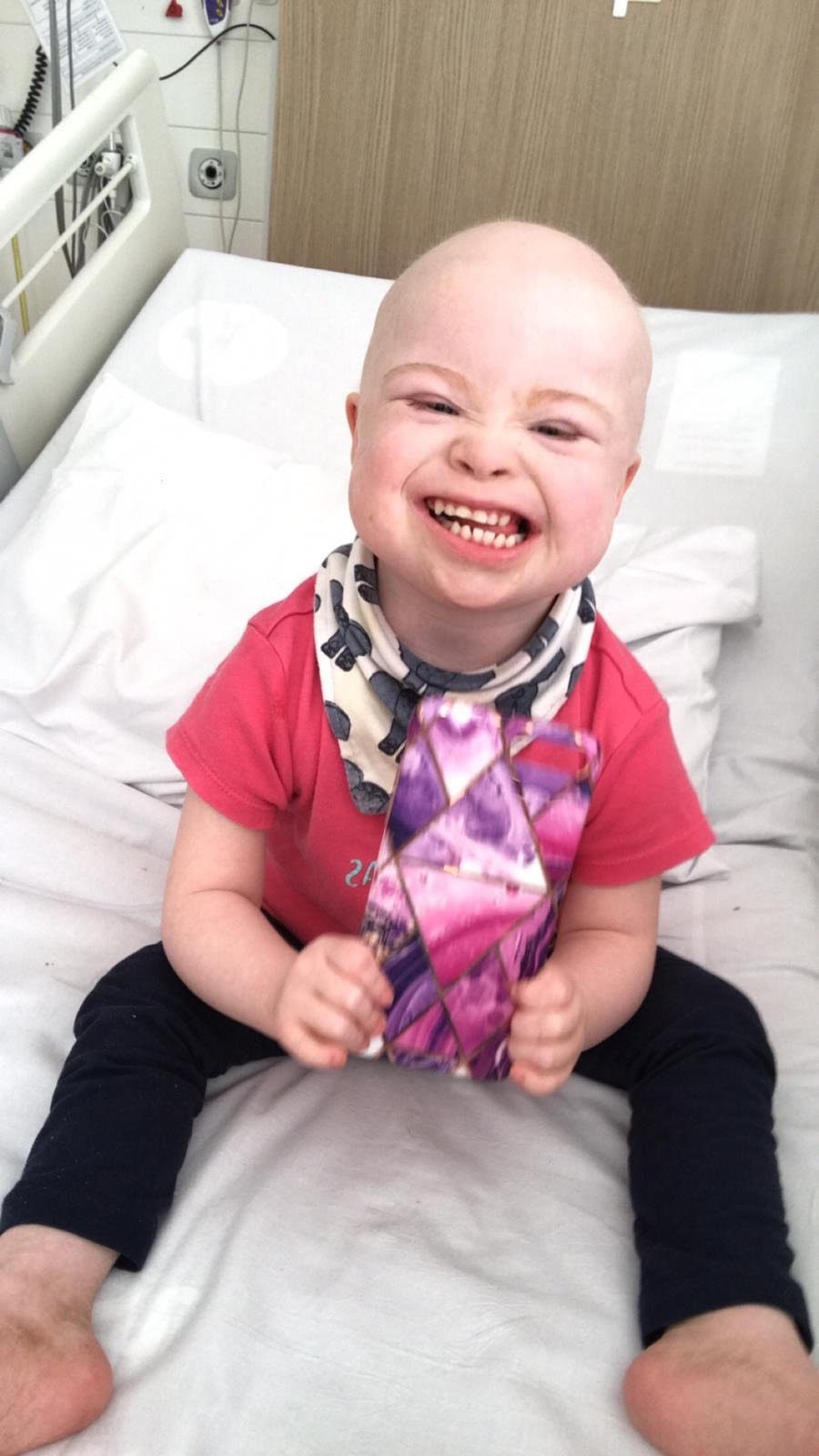 And she adds: “Now we just want to look to the future and watch Summer grow up and have the best life she can have. She is the heart of our family and we wouldn’t be without her.”

Leanne, 43, who has four children from a previous relationship – Anthony, 23; Chelsea, 22; Levi, 18, and Jojo, 15 – was delighted when she became pregnant with Summer, after meeting security guard Barry.

And, even when blood tests revealed there was a high chance that their baby would have Down’s Syndrome, she remained overjoyed.

“I have grown up around Down’s Syndrome. I have an uncle and a baby brother who have Down’s Syndrome, and so the fact that our baby might be born with it didn’t bother me at all,” says Leanne. “She was our little girl whatever, and I think as the pregnancy went on, we’d have been disappointed if she hadn’t been born with it. We’d just got so used to the idea.

“She was – and is – the most amazing baby and little girl you could ever meet. Summer has her own little world and it’s magic.  She doesn’t see the bad in anyone or any situation – everything to her is simple and straightforward. She is always happy and smiling (we could all do with a bit of what Summer’s got!)

“She loves her iPad and singing and dancing. She draws people to her and she’s just a joy to be around.” 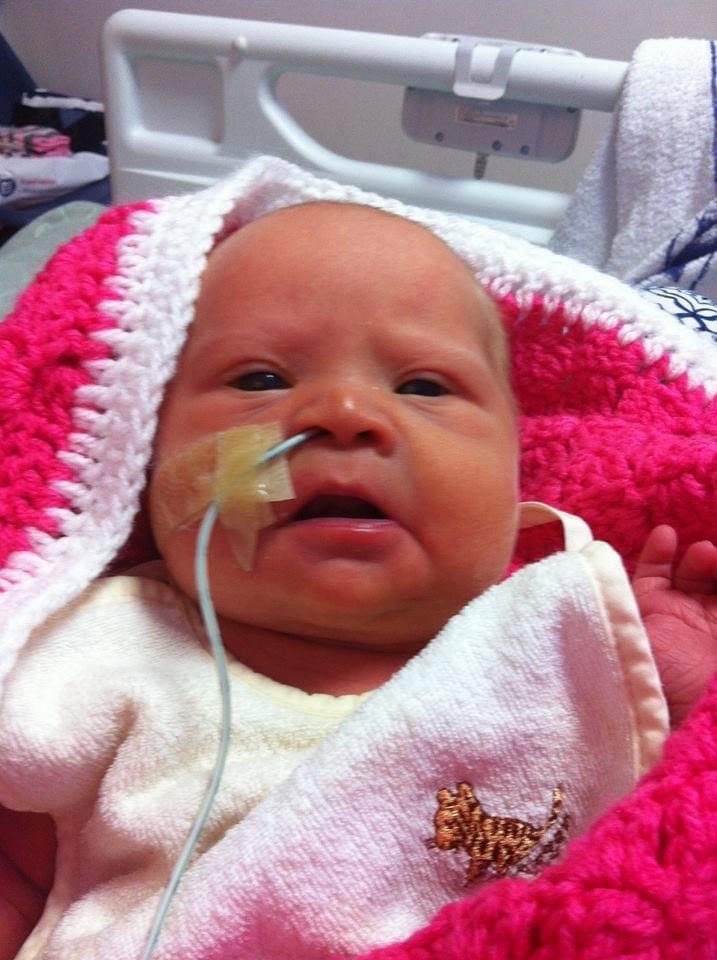 Summer Tennant as a baby

That happiness was shattered in May 2019 when Summer was diagnosed with Acute Lymphoblastic Leukaemia (ALL), one of the most common forms of cancer affecting children and a form of cancer also more common in children with Down’s Syndrome.

“In ALL, an abnormal population of immature white blood cells is present and begins taking over the normal production of blood,” explains consultant Dr Chris Howell. “It is most intensive at the beginning and Summer had a tough time at the beginning.”

Leanne says: “We first realised Summer was ill when she refused to walk.  She had a rash but she always did when she was ill, so we didn’t think anything of that. She can dislocate her knees and hips and so we thought she might have done that.

“We took her to A&E who told us to go back if things hadn’t changed in a couple of days.  It was after that she was diagnosed with ALL. 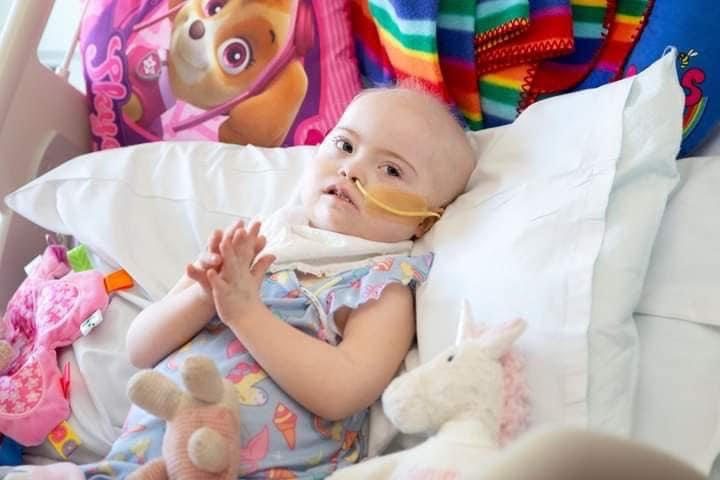 “It was such a shock. When she first went into Alder Hey Summer was so ill, she had mucositis which left her with ulcers in her mouth and unable to eat and she had to rely on being tube fed.

“She started the blocks of chemo that she had to have for two years and we lost our little girl. She didn’t smile, she didn’t interact with anyone. I didn’t think we were ever going to take her home.”

“It was incredible. The treatment and care we got from Alder Hey was unbelievable. Summer was lying in her bed when Georgina, the musician, walked in playing a cello and from that moment, Summer sat up and started clapping and engaging with the staff.

“I think that was the day she started fighting back and, I think without it, Summer would have given up.”

Although Leanne adds: “It was still hard to watch her going through it.”

In fact, in June this year, her family feared the cancer had come back when Summer’s health started to dip. She needed a blood transfusion and a platelet transfusion and, again, she didn’t want to walk.

“But I think she was just tired from all the treatment and the cancer had gone which meant the chemo she was still having was now attacking Summer, so they stopped it a month early,” smiles Leanne.

“She had a bone marrow test which came back to say there was no cancer which was great news.” 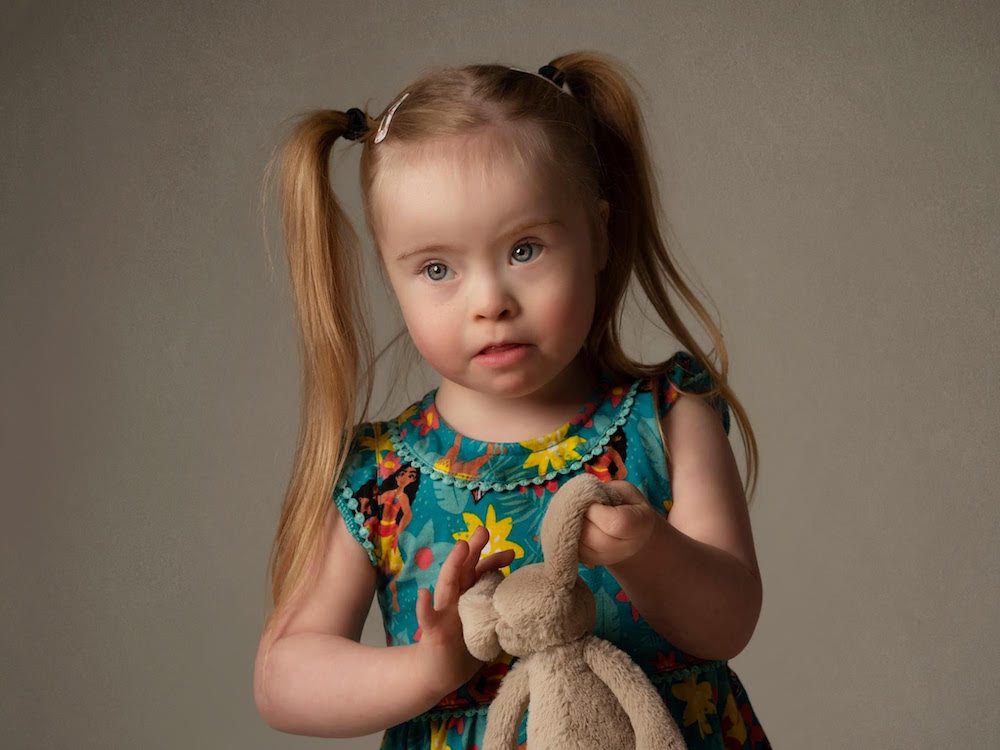 Summer Tennant eight days before being diagnosed with leukaemia

Now Summer, who attends Ellery Park Special School in New Brighton and is an ambassador for the ‘Wouldn’t Change A Thing’ charity, is getting happier and healthier by the day and she’s certainly got her smile back.

“We just hope that continues. I know I would say this because I am her mum, but there is something special about Summer, she draws people to her – and she loves the attention!

“She still has bad days because of what she’s gone through, but the old Summer bounces back. She is a joy to be around, and she puts a smile on my face every morning and on all those who meet her.

“To see her ring the end of cancer treatment bell was an incredible feeling, and we can’t thank Alder Hey enough. We have got our little girl back, our little superstar.”

Keep up to date with Alder Hey and the amazing work carried out there via the website here.