Take your office party to the Liv Sync Battle Grand Final this Christmas - The Guide Liverpool
Contact Us Advertise with The Guide Our Video Services Follow us: 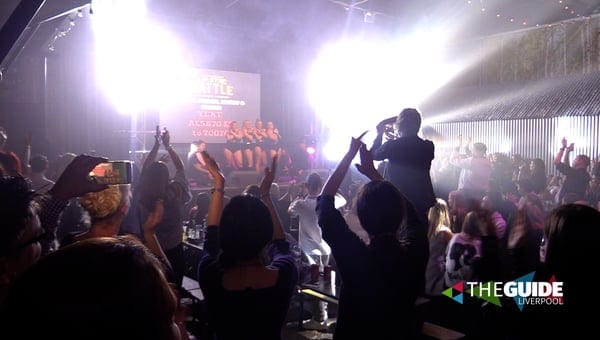 Rihanna, Janet Jackson, Bananarama and The Spice Girls are all heading to CIRCO this December.

On Thursday 20th December it’s all eyes on CIRCO, Seel Street as Liv Sync Battle returns for the 2018 final – Who will be crowned Ultimate Champion?

The perfect Christmas party night out, Liv Sync Battle combines brilliant live entertainment, plenty of Christmas cocktails and drinks and plenty of festive spirit as your votes support local causes too. The only Liverpool lip sync event worth seeing brings the top 10 acts from the previous three rounds and our very own Jay Hynd as your host, to the CIRCO stage to battle for the title in a final 2018 showdown.

Contestants revisiting the stage from June’s round are; channelling Olly Murs – Dean Aldridge, David Evans with his Prince mash up, former elite gymnasts Ami and Kelsey as Beyoncé & Lady Gaga with ‘Telephone’, and Laura Fletcher dons her beard and ball gown once again to bring us The Greatest Showman’s Bearded Lady.

From September we have local runner Jo Moody reprising her Janet Jackson, Ricky Williams from Roy Castle Lung Cancer Foundation shows us how Rihanna did it with ‘Umbrella’, and September’s winners, Leanne, Angela, Vanessa, Louise and Matthew showing us what we really, really want with their Spice Girls megamix!

There will be two ways to vote for your winner on the night; with on-the-night cash voting being donated to the City of Liverpool Gymnastics Club Foundation, and phone voting donated to Wirral Ark, a homeless charity who work at the sharp-end of frontline services by providing crisis and preventative support to some of the most disadvantaged homeless people who are pushed to the margins of our communities.

Tickets for Liv Sync Battle are available online via www.livsyncbattle.com or for group or Christmas night out bookings, or to avoid booking fees, contact [email protected]