Team from Liverpool to take on 3 Peaks challenge to create care kits for the city's homeless - The Guide Liverpool
Contact Us Advertise with The Guide Our Video Services Follow us:

A team of six friends from Liverpool is tackling the Yorkshire 3 Peaks Challenge later this month to raise money for care kits to help the city’s homeless.

Mark and a group of mates have been in training for the charity climb, which will see them take on Pen Y Ghent, Whernside and Ingleborough in the Yorkshire Dales National Park, aiming to complete all three in 12 hours.

They’re aiming to raise enough money to put together at least 100 care kits for people sleeping on the streets in Liverpool, filled with hygiene items such as toothpaste and toothbrushes, soap, hand gel and shampoo.

The packs will also contain some warm weather essentials for the winter months including hats, gloves and scarves. 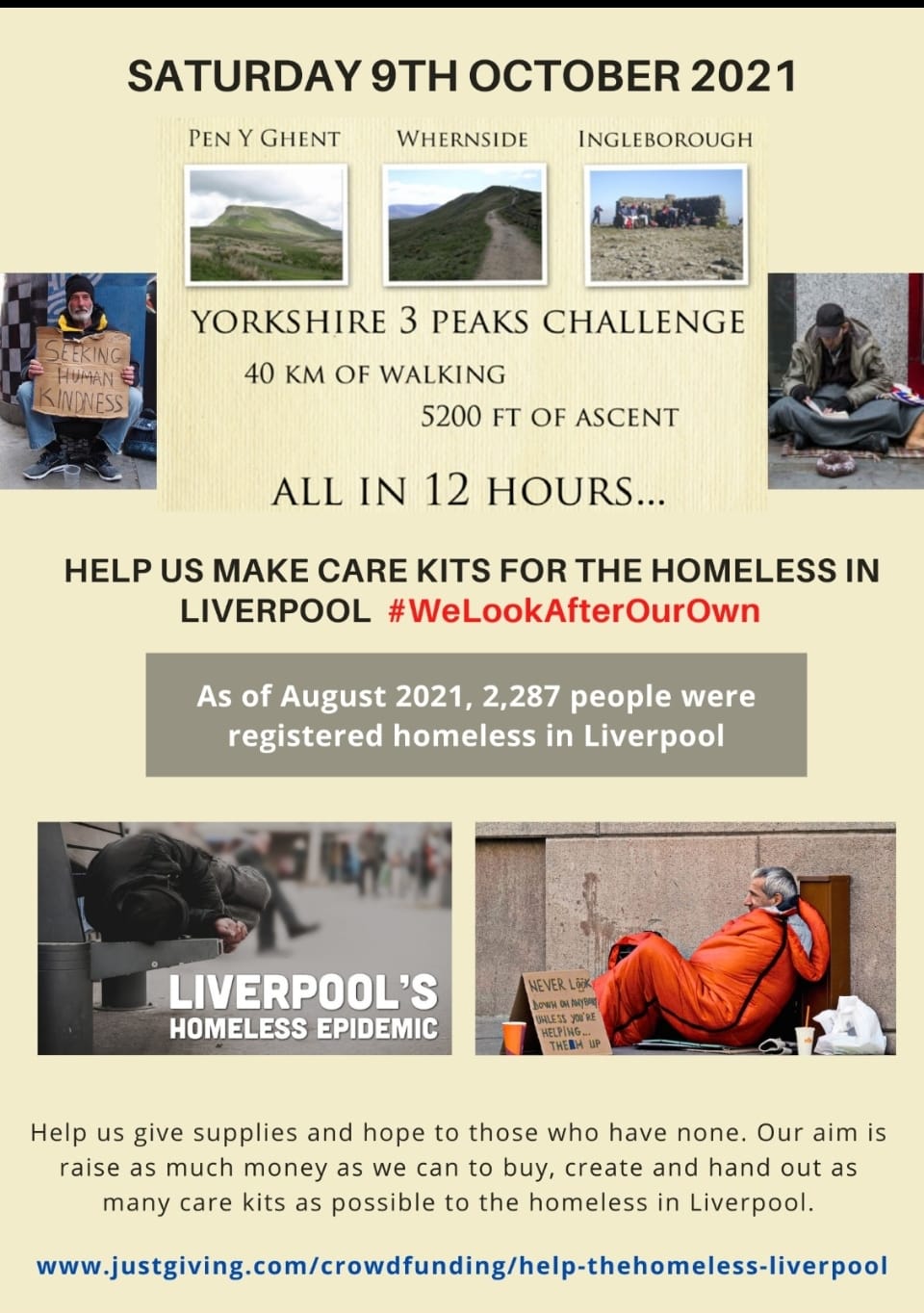 Mark, from Litherland, came up with the idea after sitting and chatting to a woman on Mathew Street who was homeless. He explains: “Me and my girlfriend were with her for about 45 mins, got her some fish and chips and just talked to her about how she came to be there.

“We came away thinking there was something practical we could do to help people in the same situation as her feel a bit cleaner, safer and warmer.”

Having organised a 24-hour cycle challenge for the Plaza cinema in January, Mark decided this should be his latest fundraiser.

The team has set itself a target of £1,000, although he says the more money they can raise, the more essential kits they can get out there.

Mark has completed the 3 Peaks before – this time, on Saturday October 9, will actually be his sixth. 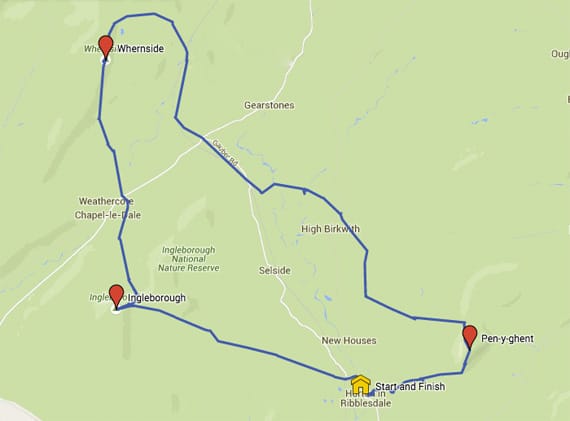 “Everyone I do it with has never done it before so there’s always the excitement to begin with and then halfway round they never want to speak to me again! But by the time we finish it’s brilliant, they have a shower and get a pint down them and then they say ‘when are we doing this again?  That was the best thing I’ve ever done.’

“It is tough but to know the pain you’re putting yourself through is to help others who are going through their own pain daily, that’s what drives people on to do it.”

The six have been training at home and in the gym for the challenge which Mark says will total around 27 miles, including the trek to and from the bunkhouse where they’ll be staying.

“We did a pre-walk last week up Pendle Hill too, just to get our legs going,” he adds. “One of the best training exercises you can do for something like the Yorkshire 3 Peaks is going on long walks but also up and down stairs because that uses all the muscles you’re going to use, so you get the endurance from the walks and get the muscles ready on the stairs.”

They’ll be setting off from Liverpool on Friday night and staying over at the 3 Peaks bunkhouse ready for a 5am start on Saturday. If it all goes to plan, they’ll be back at their base before 5pm, ready for that pint or two.

Then, says Mark, it’ll be all about getting the kits packed up and out to where they’re most needed.

“Our idea is that the six of us go and hand them out ourselves over a period of a few days.

“We don’t just want to say ‘we’ve done this event and put this together for you’ hand it over and go, we want to actually sit with, talk to them and give them some time as well.

“We don’t work for an agency or a charity, we’re six people showing that help can just come from the people who walk past you in the street – people who acknowledge you – and we’re some of those people.

“We’re Scousers and we look after our own, Liverpool’s always been known for that, so we just want to do whatever we can.”

To support the 3 Peaks Challenge and donate towards the homeless care kits, click here.

MORE - Richie the Ranger’s 6 Autumn walks you should experience