Team Matalan take on the London Marathon for children’s charity - The Guide Liverpool
Contact Us Advertise with The Guide Our Video Services Follow us:

Team Matalan take on the London Marathon for children’s charity 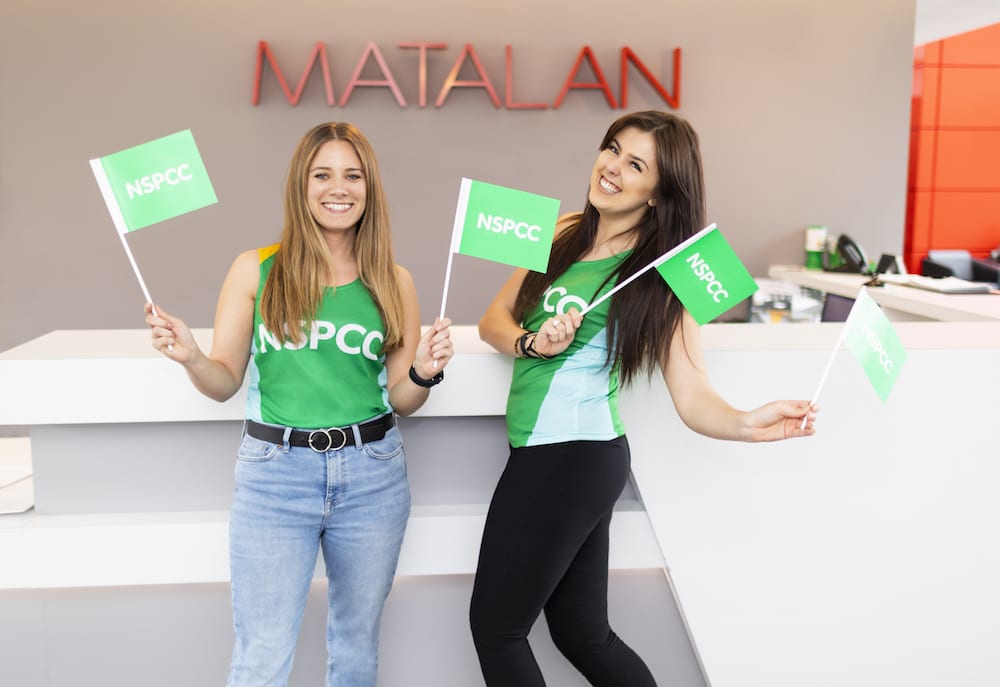 Thirteen team members from Matalan’s headquarters in Knowsley will be taking on the Virgin Money London Marathon next week for children’s charity the NSPCC.

The group, who all live in and around Merseyside, will join more than 40,000 runners taking on the arduous course on April 28. Two of those running, Kendal Keane and Chloe Wade, will be running their first marathon.

Kendal, from Liverpool, says: “I’ve wanted to run a marathon for quite a while, and the London Marathon is the biggest and most iconic one, so when I found out we had places to run for the NSPCC I made sure I put my name down straight away.

“We’re quite a big team from Matalan Head Office, there are 13 of us in total, and we help each other keep going. When we run on the day there are going to be lots of Matalan friends and family along the route to support us, so I think the day itself should be a bit easier than when I’m training in the cold and the dark on my own.”

MORE: Check out these 22 running events all happening in Liverpool during 2019

And the team aspect seems to be spurring everyone on with their training ahead of the big day.

Chloe, from Wirral, says: “It’s really good to have such a big team running at the same time – we all help motivate each other. A lot of the others have the Strada running app, and they keep track of how each other are doing.

“My friend Jo Lawler and I do the same, we always egg each other on and usually ask how the practice runs are going, but it’s good to have someone sympathetic when you come in with aching legs the next day too!”

Of course plenty of supporters will be heading to London to cheer on the whole team on the day.

Chloe says: “My family and friends have all been so supportive and I know I’m dead lucky. My mum and dad will be there on the day, and a lot of friends who live in London said they’re going to try to find me afterwards.

Get the latest health and fitness news for Liverpool here.

“My dad is actually a runner himself, but he’s been injured since last year so he’ll definitely be running vicariously through me on the day!”

And Kendal even has a strategy for her supporters heading down to London for the main event.

She said: “I have lots of girly mates coming along to support me on the day, as well as my mum, dad, sister, nephew and aunties. I’ve told them all to spread out though so I have them cheering for me all the way around the route, keeping me going when I need the extra boost!”

With the team running in support of the NSPCC this is the latest of fundraising efforts made by Matalan for children’s charity, which they have supported for 15 years, raising more than £10 million in that time and providing funding for a specially built therapy centre and Childline base in Liverpool.

NSPCC corporate fundraising manager Jo Burton says: “Matalan have been such strong supporters of the NSPCC and Childline for so many years, and we’re still taken aback by how enthusiastic their team members are to support us in whatever way they can.

“With the help of Matalan and their team, both in Knowsley and across the country, we have managed to reach far more children than we would have been able to otherwise. Their continued support for our Hargreaves Centre in Liverpool has an enormous benefit to any children across Merseyside in desperate need of care, support and recovery.”

Are you running the London Marathon? Or doing something amazing for charity? Let us know on Twitter and Facebook.