The city gears up to celebrate as the Merseyside Independent Business Awards return - The Guide Liverpool
Contact Us Advertise with The Guide Our Video Services Follow us: 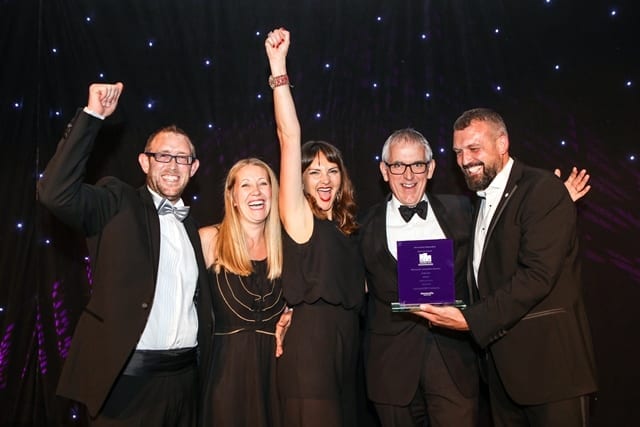 The MIB’s return to celebrate Liverpool’s vibrant independent business community and we are buzzing at The Guide Liverpool as we have been shortlisted for TWO awards.

Founded in 2013 by Morecrofts Solicitors, The Merseyside Independent Business Awards is a true celebration of courage, determination and entrepreneurial spirit. The awards, created to mark 200 years of independent business by Morecrofts themselves, is a non-profit making event which recognises business owners and those who support them.

Returning to The Rum Warehouse, Titanic Hotel on Thursday 18th October 2018, the Merseyside Independent Business Awards consists of 13 awards, including Restaurant of the Year, Best Start Up and The Community Impact Award. 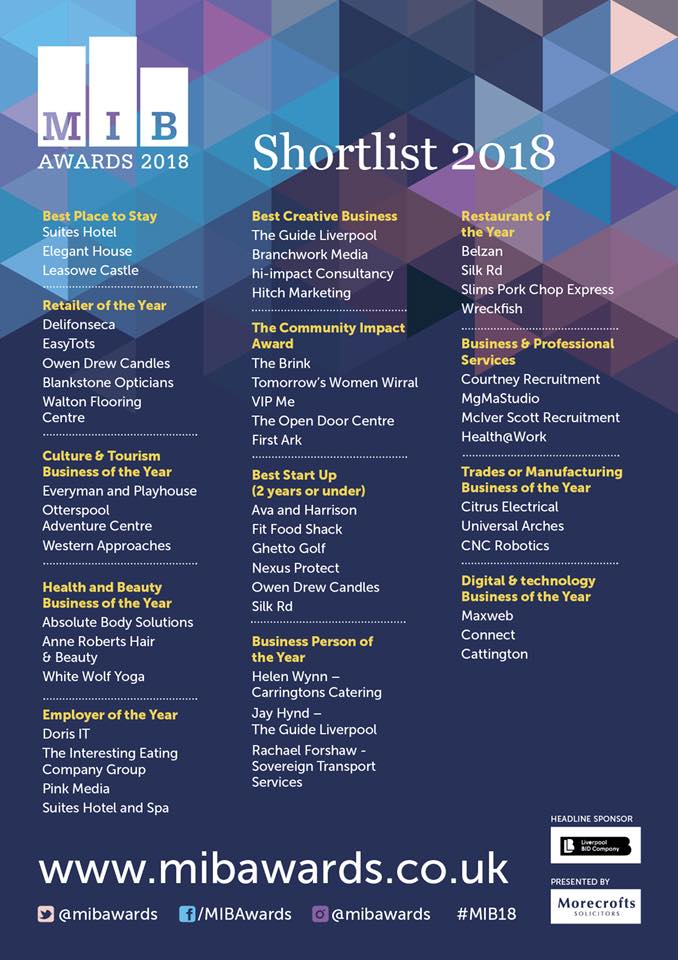 Each year, there are categories for all sectors, and of the winners of each category, and overall Independent Business of the Year is chosen. This business is offered free services from several companies to help them grow, worth up to £10,000. We’re so excited to confirm that The Guide Liverpool has bagged not one, but two nominations.

We’ve been shortlisted for Best Creative Business and our Founder and Director, Jay Hynd has been nominated as Business Person of the Year, and it goes without saying that we’re all incredibly proud (and a bit shell shocked) to have been recognised in this year’s line up. 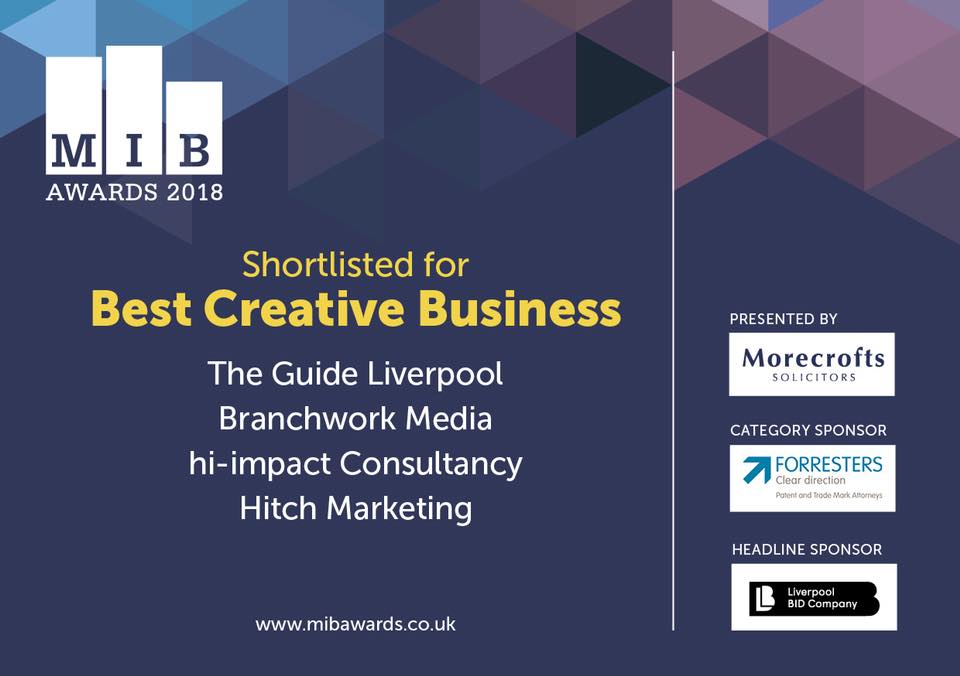 Judging of the awards is carried out by respected and experienced members of the local business community in two sets of panels, who are then revealed on the night of the ceremony. Former winners of The Merseyside Independent Business Awards include Maray, Walton Flooring Centre, Inciner8 and The Richmond Hotel.

Known for our tenacity, grit and unrivalled work ethic, Scousers are known for hard graft and determination, so it’s no surprise that the city is brimming with successful independent businesses. Thanks in part to the village-like ‘feel’ of Liverpool, we muck in and help each other out and so the region attracts more entrepreneurs looking to kick start their own empires. 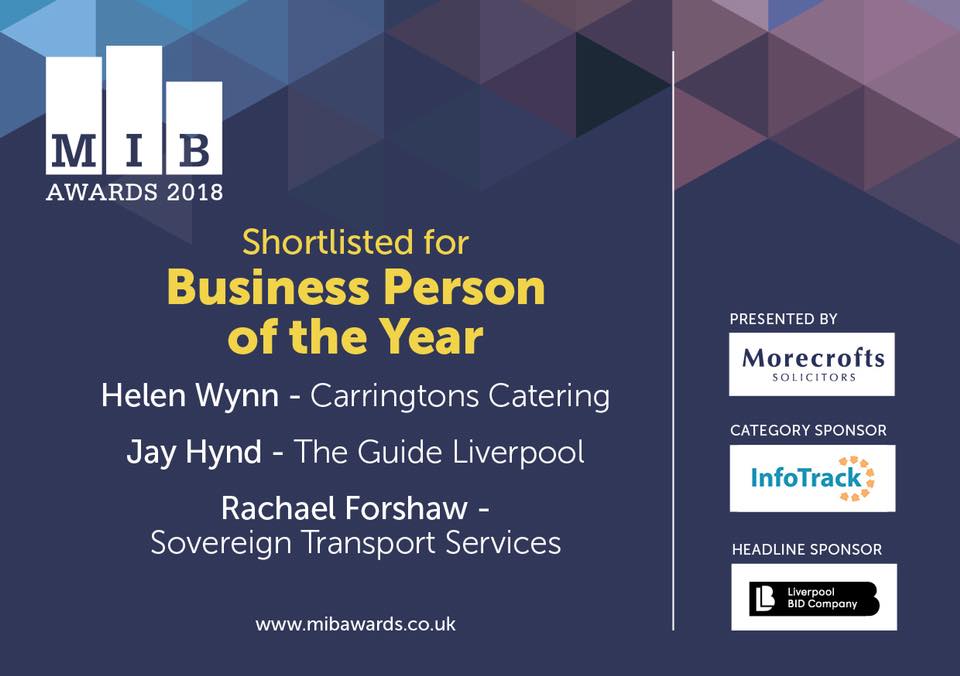 Nominees in this year’s Merseyside Independent Business Awards Retailer of the Year category includes Delifonseca, they’re up against stiff competition. Wirral based Owen Drew Candles, a business launched a little over a year ago, which has taken the home interior world by storm, collecting celeb fans by the bucket load, it’s no surprise he too has picked up a nomination in the same category.

When it comes to culture, our city ranks amongst the best in the world. Still in a kind of spellbound dream since the Liverpool Giants final visit just over a week ago, we’re so pleased to see Everyman & Playhouse, Otterspool Adventure Centre and Western Approaches shortlisted for Culture & Tourism Business of the Year. There’s something for everyone here and The Merseyside Independent Business Awards reflect that.

Alongside honouring local independent businesses at the annual awards bash, The MIB Awards also champions women in business, national business festivals and offers on-going advice and support on how to write award-winning submissions, all year round.

As we prepare to take our seats at the awards ceremony alongside businesses such as Ghetto Golf, The Florist The Brink, Wreckfish and Carringtons, it’s safe to say we’re bursting with pride. Having enjoyed 3 years shouting loud and proud about the best city in the world, we’re delighted to have made the shortlist and more determined than ever to become the go-to platform for news, what’s on, events and more for the Liverpool City Region.

We wish all the nominees a huge congratulations and we look forward to raising a glass to Independent Business on Merseyside with you on the night.