The Friends of Sefton Park's new anti-litter campaign is saying "Don't be a tosser" to litter droppers - The Guide Liverpool
Contact Us Advertise with The Guide Our Video Services Follow us:

The Friends of Sefton Park has launched a new anti-litter poster campaign with a cheeky message to anyone leaving the park in a mess … ‘Don’t be a Tosser!’

Andrea Ku, chair of the volunteer group, has created a series of designs which she hopes will remind people to take their rubbish home with them after they’ve enjoyed a day out.

She says dumping of rubbish has become a growing problem since lockdown restrictions started to be lifted, with piles of discarded cans, bottles and food packaging being left on the grass or abandoned next to full litter bins.

“The ease of lockdown has meant lots of people have been able to come out into the park socialising and having a good time, which is obviously great, but it’s also creating so much mess – even more than after a festival,” she says. 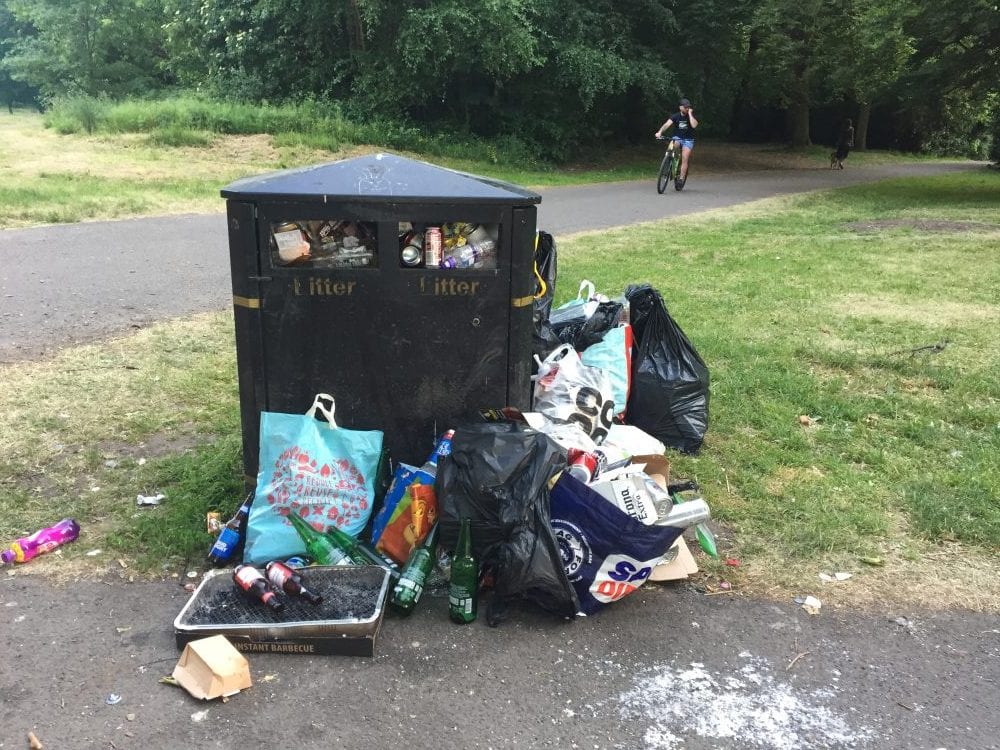 “When we had that bout of gorgeous weather a couple weeks ago and the restrictions were eased but pubs and restaurants were still closed, the amount of people coming into the park and not using the bins at all was so evident and a lot more than normal.

“The council’s litter team told us they had double the amount of rubbish that they had this time last year.”

Andrea says it was after one particularly awful weekend that she decided to make the posters.

“It was so demoralising as a volunteer because so many people were just upping and leaving without even trying to take their rubbish with them. They obviously had no intention of using a bin, they just thought, I’ll leave it there, someone else will clear it up. 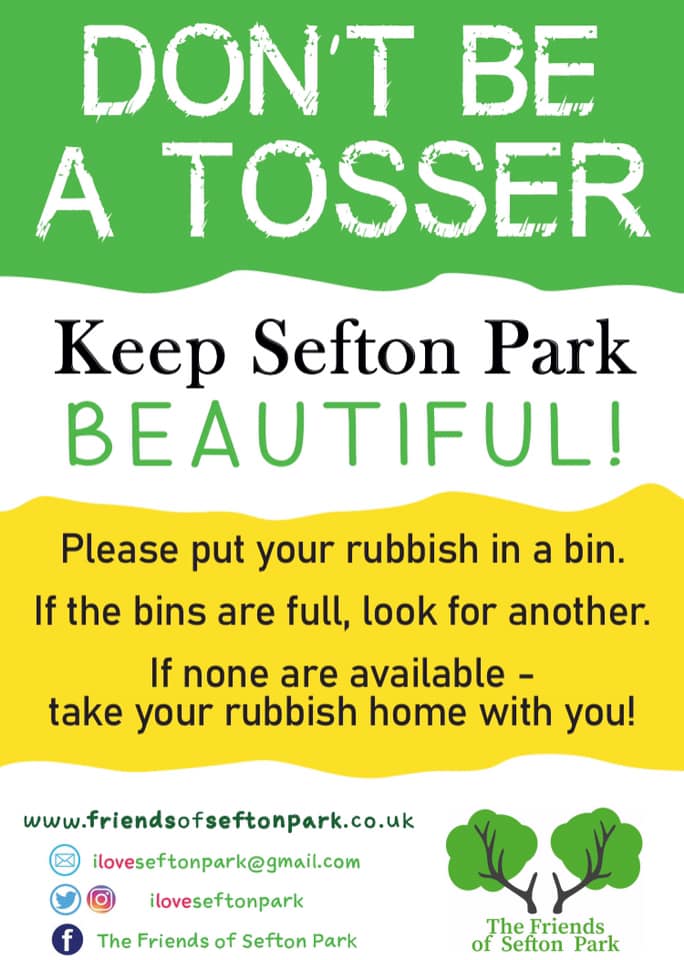 “Then we had people who took it to the bins and, if they found them already full to overflowing, they created their own Jenga game on the top of the bin by stacking up a coffee cup on top of a burger box on top of a beer can …

“The council has put in these big purple Euro bins on wheels in key places around Sefton Park and those aren’t even half full. We can’t understand why – Is it because people don’t want to touch the lid to put rubbish in, or they don’t realise they have to lift the little cut-out lid in the middle?

“Whatever the reason, they just leave it instead which isn’t fair on the park, the wildlife, the people who do use it properly and the volunteers who come and clean up.”

Having seen posters created by other cities, Andrea opted for a more tongue-in-cheek approach.

“I saw how other places had done it, but I thought they were quite authoritarian so I wanted to make ours a bit punchier, nice to look at and with more of a sense of humour,” she explains.

“I saw the ‘Don’t be a Tosser’ slogan online and I thought it was brilliant. I did consider it because I didn’t want it to be offensive but in the end it just seemed to fit so well.

“I made three different designs, so it’s like a treasure hunt to try and spot them all, and I think it really gets across a simple message that a lot of people agree with.” 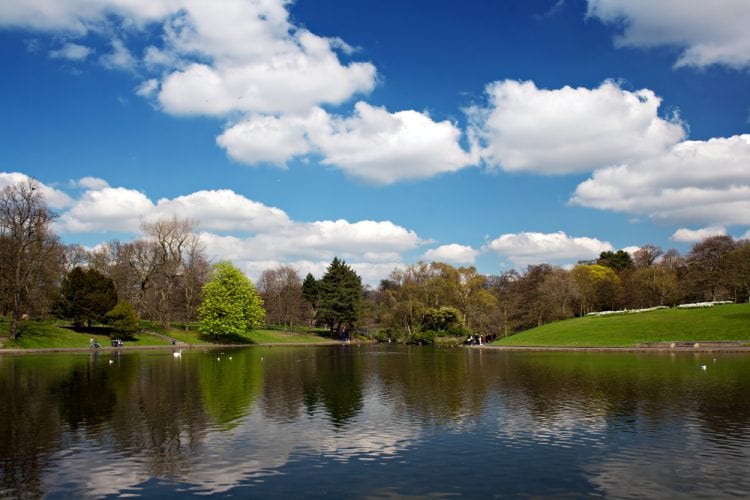 Andrea says she’s adapted the posters to be used in South Park in Bootle, and also Springfield Park near Alder Hey Hospital, and she’s had enquiries from other park volunteers across the country so her ‘Don’t be a Tosser’ campaign is now going nationwide.

The Friends of Sefton Park is continuing its regular litter picking efforts too, harnessing what Andrea describes as ‘people power’ to keep the park looking beautiful.

“Before lockdown we used to meet every Sunday from 11am to 12.30pm, we had about 40 people coming to each session and it was growing,” she says.

“Since then we haven’t had group meetings but I’ve been doing kit handovers to volunteers, giving them hoops, gloves and bin bags and stickers for the bins.

“Now with social distancing in future that’s how we’ll probably carry on doing our litter picks – as and when they’re needed and then meet up once a month and do a mass little pick together at a safe distance.”

Find out more about The Friends of Sefton Park here.