The Highway Code is changing - Here's what all road users need to know - The Guide Liverpool
Contact Us Advertise with The Guide Our Video Services Follow us:

A major revamp of the highway code includes the introduction of a hierarchy of road uses and new rules at junctions.

One in three drivers are unaware major changes to road rules aimed at protecting cyclists and pedestrians come into force next week, a new survey suggests.

Some 33% of motorists polled for the AA said they did not know the Highway Code is being revamped, including 4% who have “no intention” of looking at the details.

More than 13,700 drivers were questioned between January 8 and 18 for the survey, which was shared with the PA news agency.

The AA accused the Government of being “far too silent” on the changes, but the Department for Transport (DfT) insisted it will ensure “all road users are aware”.

The Highway Code contains advice and rules for people on Britain’s roads.

It is due to became updated on January 29 pending parliamentary approval to introduce a risk-based hierarchy of road users.

Other key amendments include clearer guidance for drivers to leave a distance of at least 1.5 metres when overtaking cyclists, and instructing drivers turning into a road to give way to pedestrians waiting to cross.

There will also be a recommendation for car users to reduce the risk of opening a door into the path of a cyclist by using the hand on the opposite side to the door, as that will often lead to them looking over their shoulder.

This is known as the Dutch Reach technique. 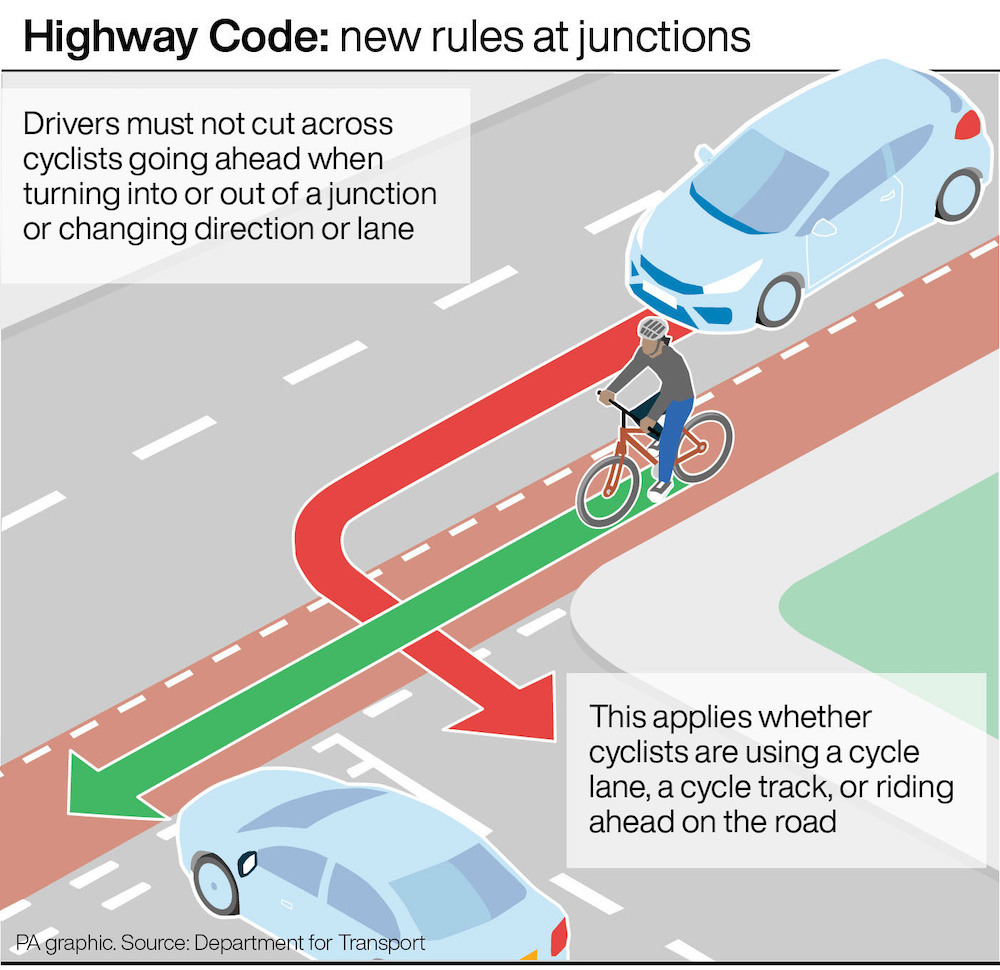 AA head of roads policy Jack Cousens said: “With a week to go, too many drivers are unaware of the new rules of the road.

“While the Government formally announced these changes last summer, they have been far too silent in promoting them.

“Shockingly, one in 25 drivers say they have no intention of looking at the new rules.

“These changes affect everyone, so we encourage people to read the updated code now so we can make our roads safer.” 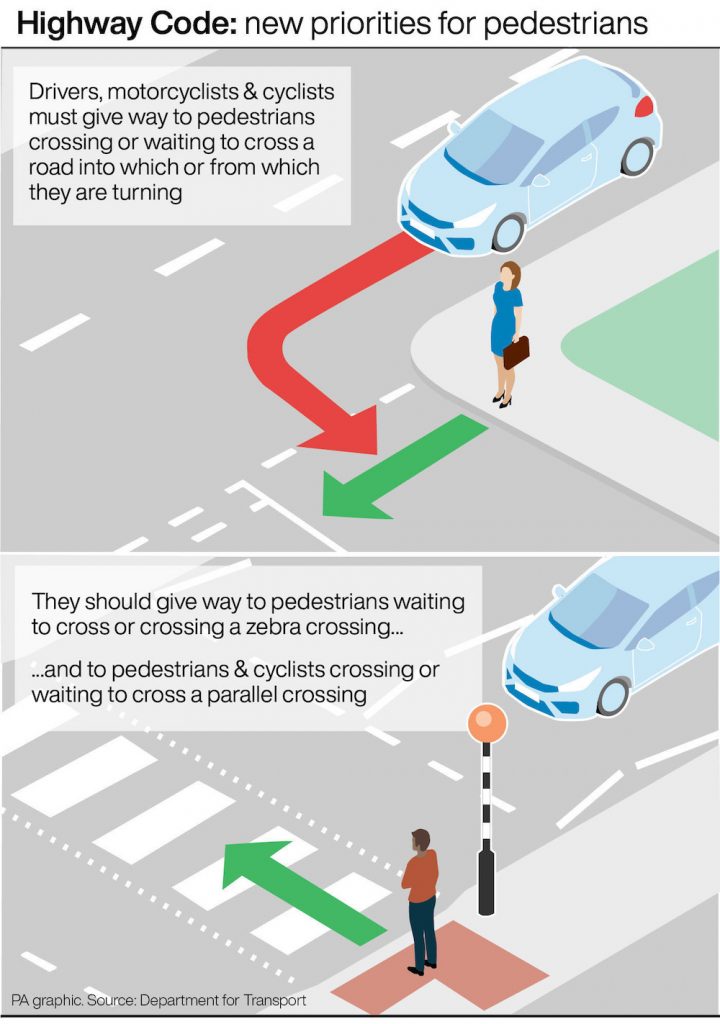 RAC head of roads policy Nicholas Lyes described the amendments as “a significant departure from what’s gone before”.

He said it is “vitally important” that all road users “fully understand what’s new”.

He went on: “Any ignorance, or indeed confusion, about the updates to the Highway Code is likely to lead to avoidable collisions.

“A concerted and sustained effort must now be made to clearly communicate the changes as widely as possible.”

Provisional DfT figures show 4,290 pedestrians and 4,700 cyclists were killed or seriously injured in crashes on Britain’s roads in the year to the end of June 2021.

Duncan Dollimore, head of campaigns at charity Cycling UK, said the changes to the Highway Code will happen “overnight” so the lack of official publicity is “frustrating”.

This “helps no-one”, he warned. “Neither the walkers and cyclists the rules are meant to protect, nor the drivers who are somehow meant to telepathically know about them.”

A DfT spokesman said: “The proposed upcoming changes to the Highway Code will improve safety for cyclists, pedestrians and horse riders and were announced to national press.

“The department has established a working group of key organisations to ensure that messages about the changes are as widespread as possible and our well-established Think! campaign will continue to ensure all road users are aware both when these changes come into effect and beyond.” 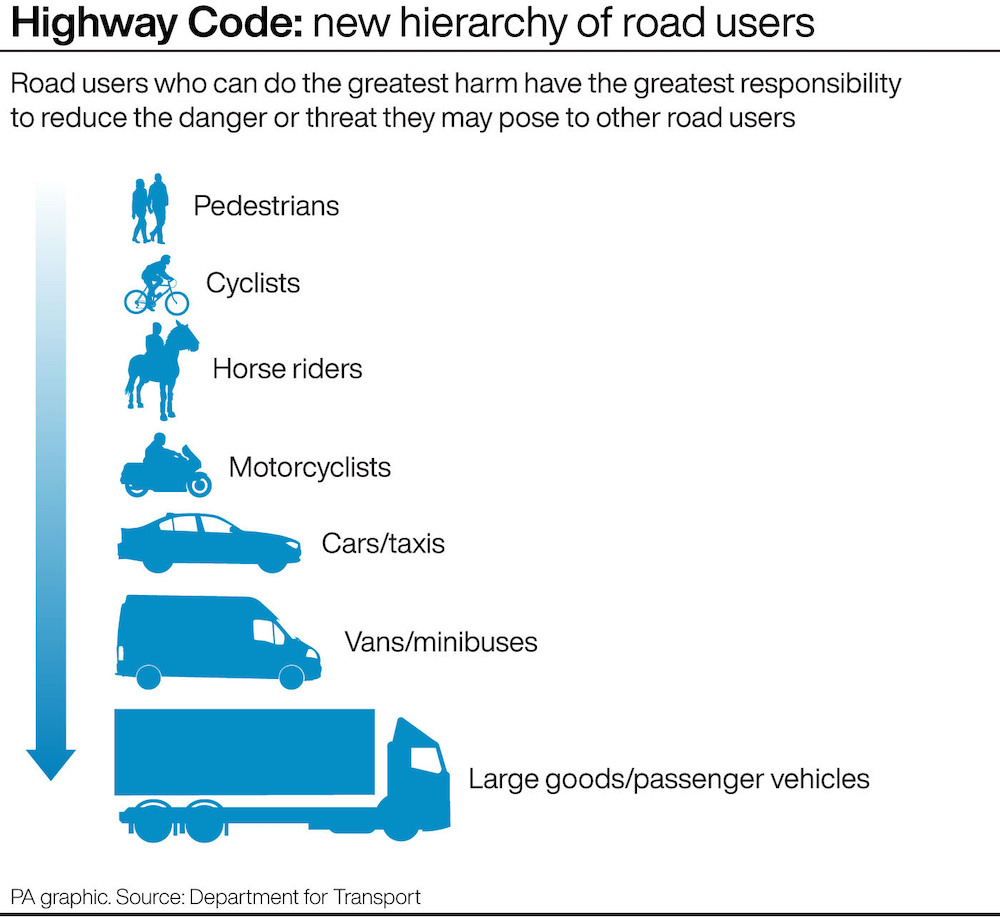 The website and social media accounts of Think! have not yet mentioned the changes.

Labour’s shadow transport secretary Louise Haigh claimed the attempts to protect vulnerable road users “will be totally meaningless” if people “don’t know anything about them”.

She added: “Incredibly, ministers haven’t even begun telling the public about these major changes.

“A comprehensive national safety campaign is needed to keep cyclists safe on our roads, but ministers are missing in action.”

Find out more about the Highway Code here.

MORE - Meat Loaf dies at 74: Discover his hell-raising journey to becoming a star