The man behind the Giants gets a giant accolade this week from Liverpool - The Guide Liverpool
Contact Us Advertise with The Guide Our Video Services Follow us: 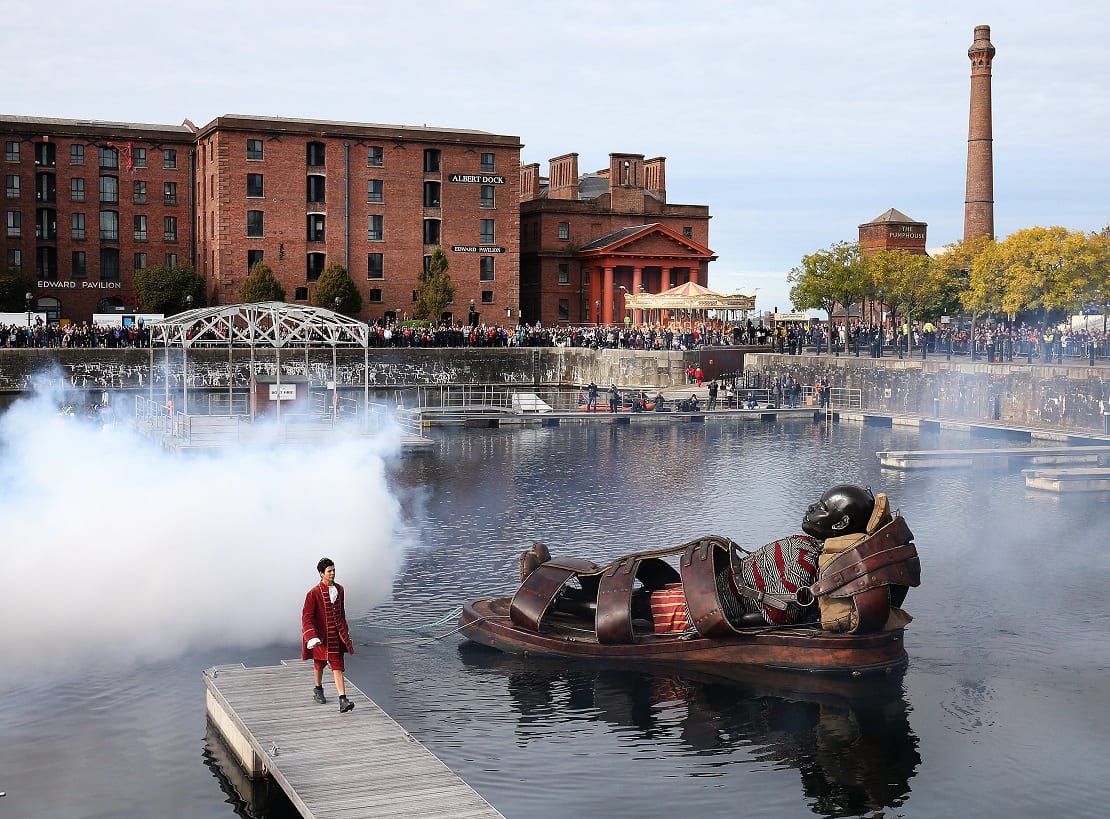 This is the week that the man behind the Giants receives the highest accolade Liverpool can bestow, and deservedly so.

The creative director who wowed more than three million people with Sea Odyssey, Memories of August 1914 and, of course, the final act of the trilogy, Liverpool’s Dream, will receive Freedom of the City at St George’s Hall for ‘his outstanding contribution to the city’.

At the same time, the Nantes-based company he founded, Royal de Luxe, will be admitted to the Freedom Roll of Associations and Institutions.

The honour comes following last October’s Liverpool’s Dream event which has been hailed as the region’s biggest, and most successful-ever free event, attracting 1.3million people and generating £60.6m for the local economies.

Jean Luc said: “I am touched and overwhelmed by this recognition. Liverpool holds a very special place in my heart. Audiences embraced our Giant family, and there was no other city where we wanted to do the final-ever show.

“I would like to thank the Mayor and the council for giving myself and Royal de Luxe this accolade – it is a career highlight and a memory I will treasure for years to come.”

Mayor of Liverpool, Joe Anderson, said: “Seeing first-hand the impact of a major cultural event on people who live, work and visit this great city is always truly humbling. On three occasions, Royal de Luxe and the creative genius that is Jean Luc brought our city to an awe-struck standstill. The Giant family became part of our family – we welcomed them into our communities, explored city streets alongside them, cried with them and laughed with them.

“This city shone under the international spotlight and the Freedom accolade is a chance for us to say thank you for transforming our streets and transporting an audience of millions to a magical world with this world-class art.”

Lord Mayor of Liverpool, Councillor Christine Banks, said: “As First Citizen, I am massively proud to award the Freedom to both Jean Luc and Royal de Luxe. The creativity they have brought to our streets since 2012 is unforgettable – they have touched the lives of millions of people and been responsible for images of our city being beamed around the world.”