There is a Monster Mash-Up heading our way for Halloween!

So Capital Liverpool are bringing one monstrous party to the city just in time for Halloween, and coming with it are some of the biggest DJ’s and dance acts of the moment. Get Thursday 27th October locked in your diary NOW – The Monster Mash-Up is less than two weeks away.

And guess what Liverpool has (obviously) got the best and biggest lineup! 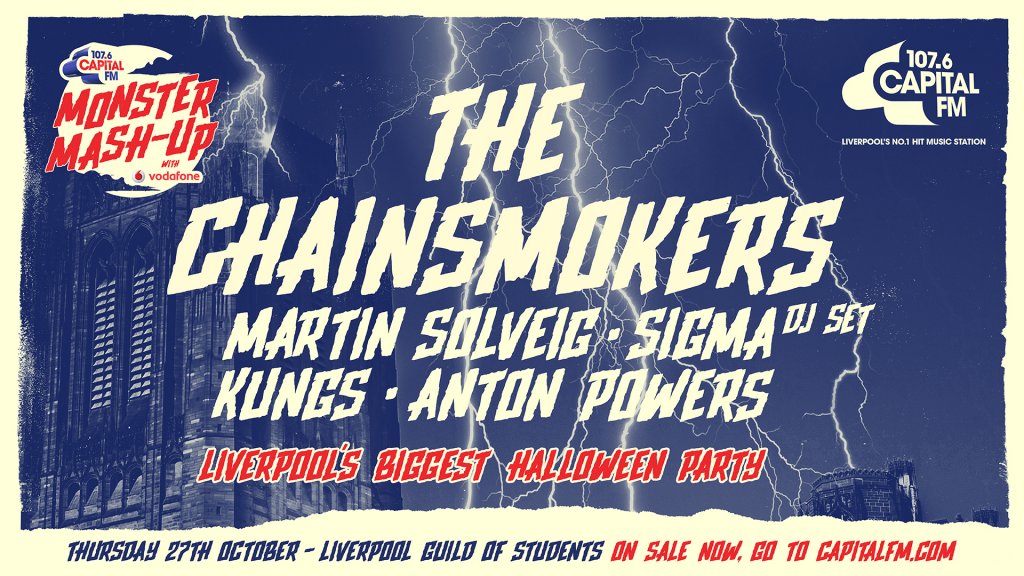 The Chainsmokers are confirmed as headliners for the Liverpool event and will certainly be bringing the party to the Guild.  The US duo are currently dominating the charts with ‘Don’t Let Me Down’ and ‘Closer’ (feat. Halsey) and recently set the Madison Square Garden arena alight at the MTV VMAs. Their set is going to be unmissable.

Sigma will get the crowd jumping with number one smashes ‘Nobody to Love’ and ‘Changing’.

Another superstar DJ on the bill is Martin Solveig. The Parisian DJ’s collaboration with GTA on smash hit ‘Intoxicated’ is a massive party anthem. Fresh from a residency at Pacha in Ibiza, Martin is sure to keep the party alive with his amazing Halloween set.

Also on the line-up is record producer and musician Kungs.  His major collaboration with Cookin’ on 3 Burners ‘This Girl’ reached number two on The Vodafone Big Top 40 and made Kungs one of the hottest DJs of the moment.

Completing the line-up is Capital Liverpool’s own Anton Powers whose collaboration with DJ/producer Philip George, ‘Alone No More’, debuted at number one on the Vodafone Big Top 40 and has been streamed more than 60 million times. 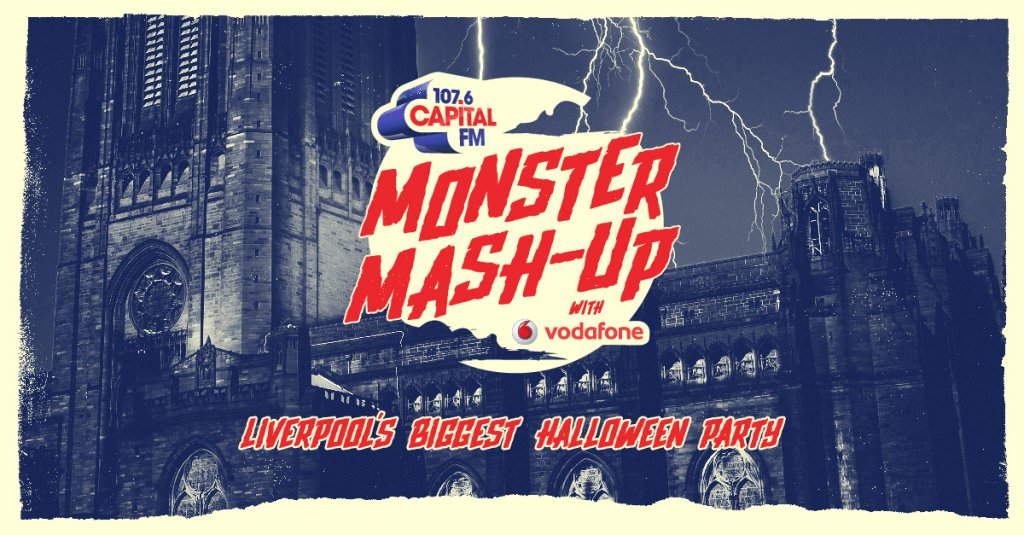