There’s a ballet with a difference coming to the Empire…

Now if you are a bit like us then going to watch a ballet wouldn’t be the first thing on your bucket list. However next week (16-20th Feb) at the Liverpool Empire sees the arrival of a ballet with a difference.

Mathew Bourne is famed for creating productions that break the normal stereo type of the pretentious pirouetting productions, and next week he brings his triumphant staging of Tchaikovsky’s “SLEEPING BEAUTY” to Liverpool.

Next week we will be sending our very own pirouetting presenter Ellie to find out more, mainly just because she likes men in lycra. But for now let’s see what is in store as this ballet with a difference comes to town…

Matthew Bourne’s haunting new scenario is a gothic tale for all ages; the traditional tale of good vs. evil and rebirth is turned upside-down, creating a supernatural love story that even the passage of time itself cannot hinder.

Matthew Bourne’s “SLEEPING BEAUTY” premiered in 2012, and was the fastest selling production in the company’s history. “SLEEPING BEAUTY” was created for New Adventures 25th birthday celebrations and completed Matthew Bourne’s trio of re-imagined Tchaikovsky ballet masterworks that started in 1992 with Nutcracker! and, most famously, in 1995, with the international hit Swan Lake. This dazzling production has won the hearts of thousands and smashed box office records across the UK and at Sadler’s Wells. Its USA premiere in 2013 prompted Joan Acolella of The New Yorker to hail Bourne as “the most popular choreographer of theatrical dance in the Western world” and The New York Times said: “This is Bourne at his best – a masterful storyteller.” The production also won three Los Angeles Drama Critic Awards and the Ovation Award for “Best Production”. 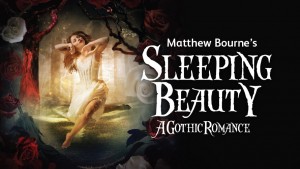 Matthew Bourne said today: “The unprecedented success of New Adventures Sleeping Beauty took us all by surprise in 2012 becoming our most popular production, uniformly selling out on its first UK tour and reaching 98% box office for its eight week season at Sadler’s Wells before it had even opened! For me, it is one of New Adventures finest achievements and the piece of which I am personally most proud. It also celebrates 20 years of working with my brilliant colleague, Lez Brotherston, who was rightly nominated for an Olivier Award for his glorious work on this production. I’m delighted that New Adventures will be waking up the Princess Aurora after only three years – 100 years seemed just too long to wait!” 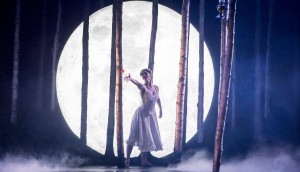 Perrault’s timeless fairy tale, about a young girl cursed to sleep for one hundred years, was turned into a legendary ballet by Tchaikovsky and choreographer, Marius Petipa, in 1890. Bourne takes this date as his starting point, setting the Christening of Aurora, the story’s heroine, in the year of the ballet’s first performance; the height of the Fin-de-Siecle period when fairies, vampires and decadent opulence fed the gothic imagination. As Aurora grows into a young woman, we move forwards in time to the more rigid, uptight Edwardian era; a mythical golden age of long Summer afternoons, croquet on the lawn and new dance crazes. Years later, awakening from her century long slumber, Aurora finds herself in the modern day; a world more mysterious than any Fairy story!

Matthew Bourne’s new scenario introduced several characters not seen in Petipa’s famous Ballet or Grimm’s fairy tale. This imaginary kingdom is ruled over by King Benedict and Queen Eleanor. Princess Aurora’s romantic interest is not a Prince, but the royal gamekeeper, Leo. Representing the central forces of good and evil are Count Lilac (“the King of the Fairies”) and the Dark Fairy Carabosse. Bourne has also created the character of Caradoc, the sinister but charming son of Carabosse. Princess Aurora’s Fairy Godparents are characterised by their names – Ardor, Hibernia, Autumnus, Feral and Tantrum. 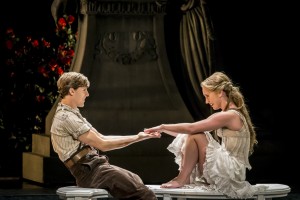