These Bootle kids will 'Rev It Up' this week as they race in The Vibe Youth Project's special Go-Karting championship - The Guide Liverpool
Contact Us Advertise with The Guide Our Video Services Follow us:

Youngsters in Bootle will be channelling their inner racing driver when they compete in a special Go-Karting championship race at The Strand Shopping Centre this Thursday.

Organisers of The Vibe Youth Project will be setting up a track on the lower floor of the car park and raising the chequered flag on an ‘old-fashioned’ girls versus boys contest in the go-karts, created by the youngsters with help from others in their community.

Sharon Devine, project manager, says: “It’s a celebration of what these kids have done, and of young and old in the community coming together.

“Everyone involved will be cheering them on and it would be lovely if other people from Bootle came to see them race.” 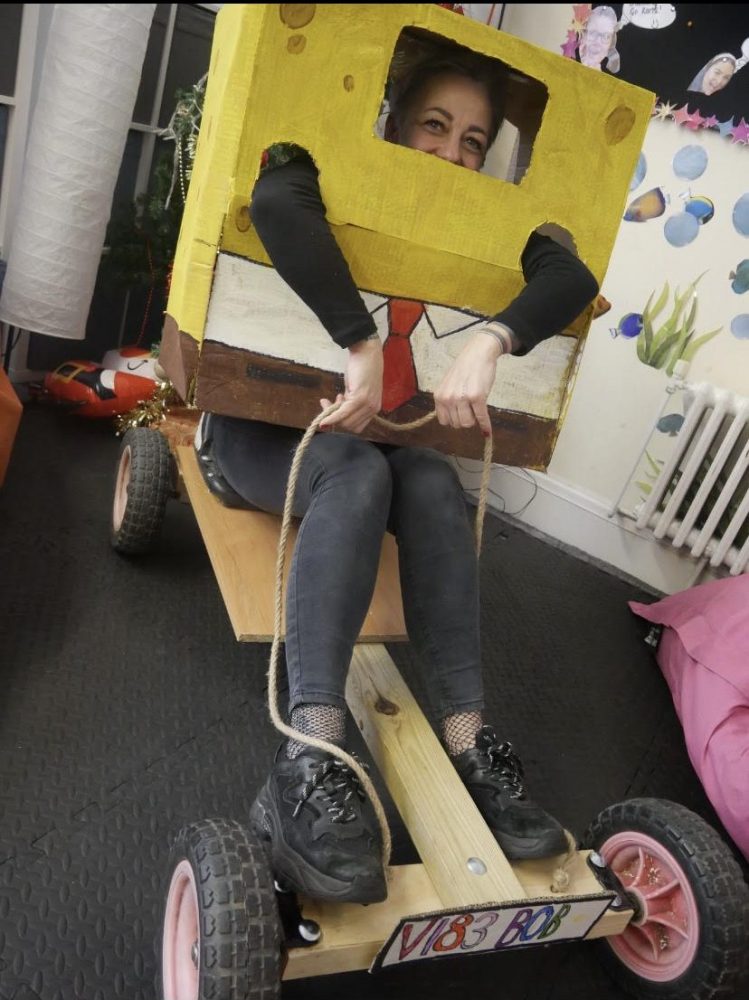 Sharon Devine in one of the go-karts

The VIBE Youth Project is run by Conquer Life CIC, which works with young people from 8-18, and sells recycled products to raise money to generate income to fund the work it does.

Conquer Life aims to promote a positive lifestyle and empower young people to raise their aspirations, and develop the emotional resiliency to overcome disadvantage.

VIBE is aimed at youngsters aged 8-11, and offers school workshops and mentoring groups as well as open access ventures to support young people’s growth and progress.

MORE - 8 reasons why you need get to Camp and Furnace’s big Christmas party, Tinsel Town

It was originally commissioned by the Home Office to run school workshops about knife crime and peer pressure, before being asked by Sefton Safer Communities to provide them for every school in the borough.

The Rev It Up is the VIBE Youth Project this term and has been about empowerment, problem solving and creativity: “Our young people are very passionate about recycling and feel they can change the world!” smiles Sharon. It’s also about helping children stay connected – and off the streets. 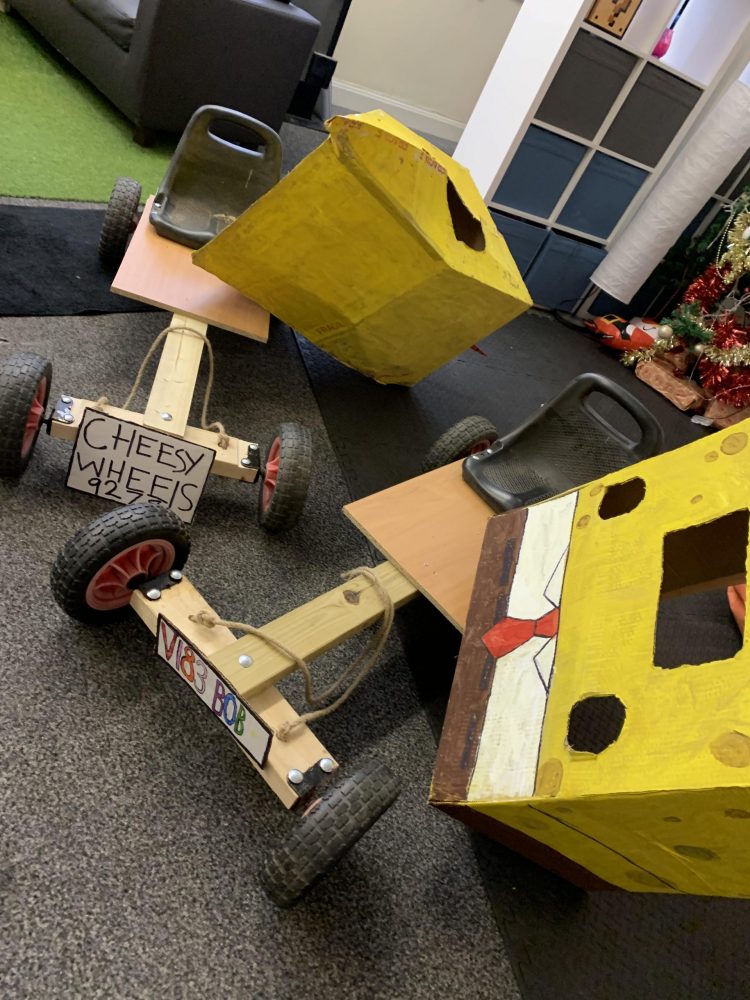 Rev It Up was Sharon’s idea: “I thought about when I was little, and we built our own go-karts and used to race them in the village I lived in.” she says.

“I realised that people didn’t do that anymore, they didn’t use the resources we have, but that it would be a great idea.”

VIBE partnered with waste, water and energy management company Veolia, to source all the equipment that was needed from wood and wheels, to seats and ropes. “Everything is recycled, including the cardboard boxes we used as skins,” says Sharon. 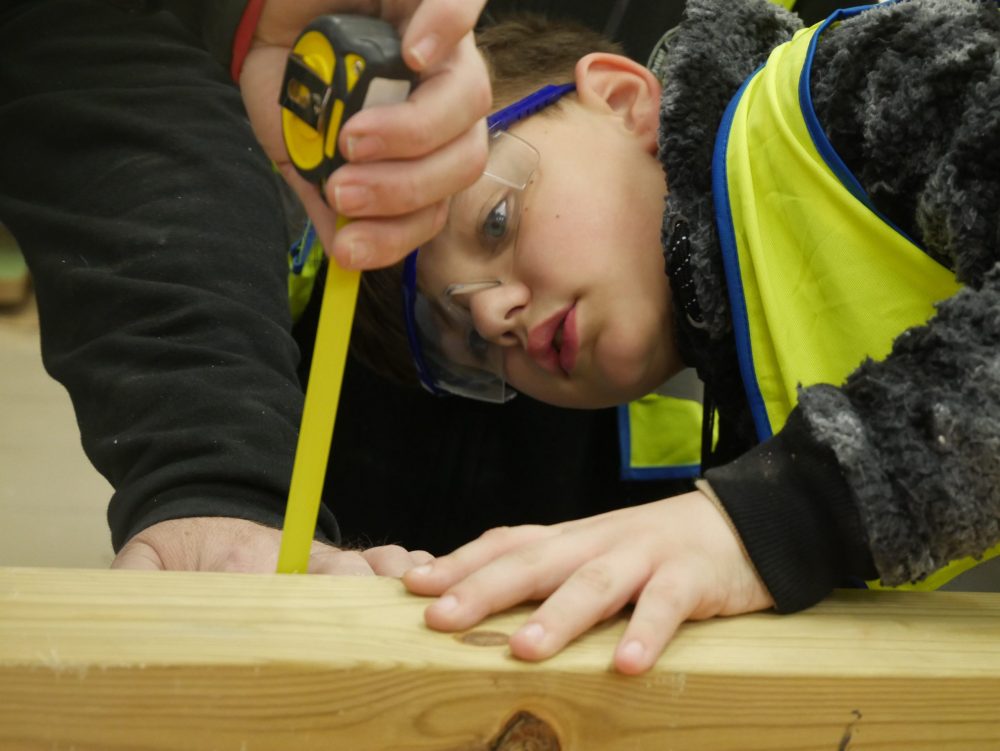 The local Tool Shed allowed Sharon to take the children in to use the tools and support them in building the go-karts.

And The Strand has let them use their car park as their very own racing track.

“There are 11 people involved, girls and boys, and we’ve made two go-karts,” adds Sharon. “We are going to cone an area off and have three races out of which we will have a winner.

“They will each get a ‘driving licence’ at the end of it and a cup for the winners.

“It has been a great project. It’s about young people working with older people to recycle and build something they’ve never built before.

“And it’s about people in their community coming together to do one thing.”

She goes on: “When eight-year-olds are using tools they’re in their element, they have all had a great time doing this. 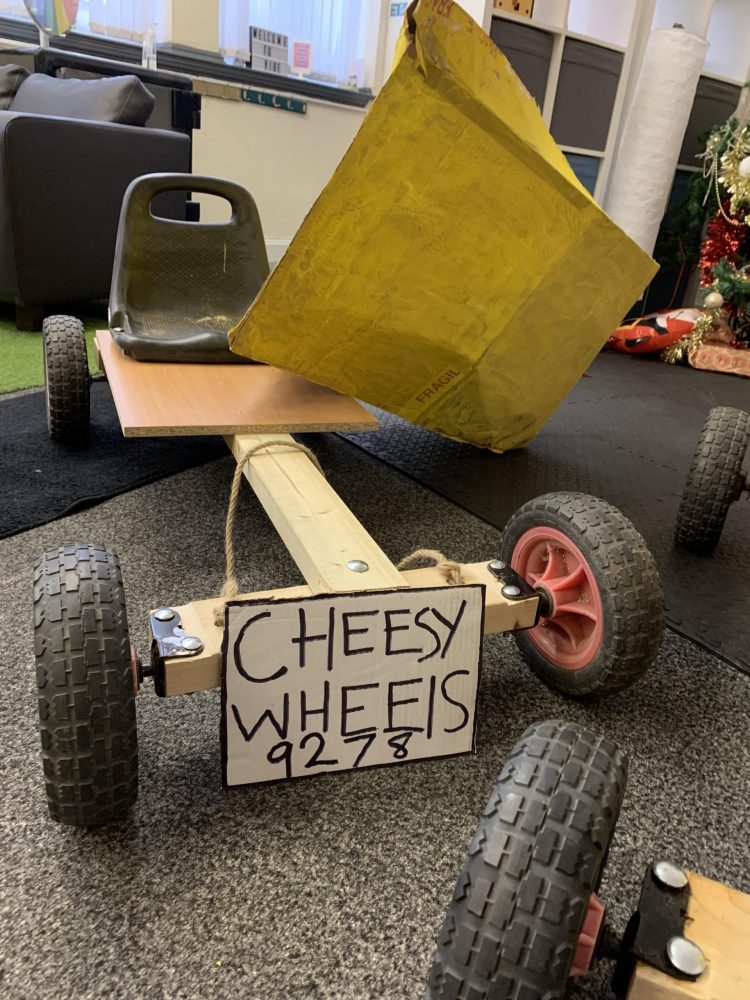 “But it’s as much about them interacting with older people too; being sustainable and looking after the world by using and recycling things we already have, and it’s about competition.

“Children are not taught these days that it’s okay not to win all the time, but that it’s great to work on achieving something.

“And that’s why it’s a celebration of all that, and what they have achieved with this.”

Find out more about The Vibe Youth Project here.