This 11 -year-old girl has raised over £1,000 to buy PPE for Alder Hey by making rainbow bracelets - The Guide Liverpool
Contact Us Advertise with The Guide Our Video Services Follow us:

This 11 -year-old girl has raised over £1,000 to buy PPE for Alder Hey by making rainbow bracelets

A schoolgirl from Gateacre has raised more than £1,000 to buy PPE for frontline NHS workers at Alder Hey by making rainbow loom band bracelets.

Lois Higgins, who celebrated her 11th birthday while in lockdown a week ago, has made over 500 of the multi-coloured wrist bands.

She’s been spending hours every day to meet orders as they come in.

Knotty Ash Primary pupil Lois, whose mum Louise is a cardiographer at Liverpool Heart & Chest Hospital in Broadgreen, came up with the idea after making rainbow decorations for their house. 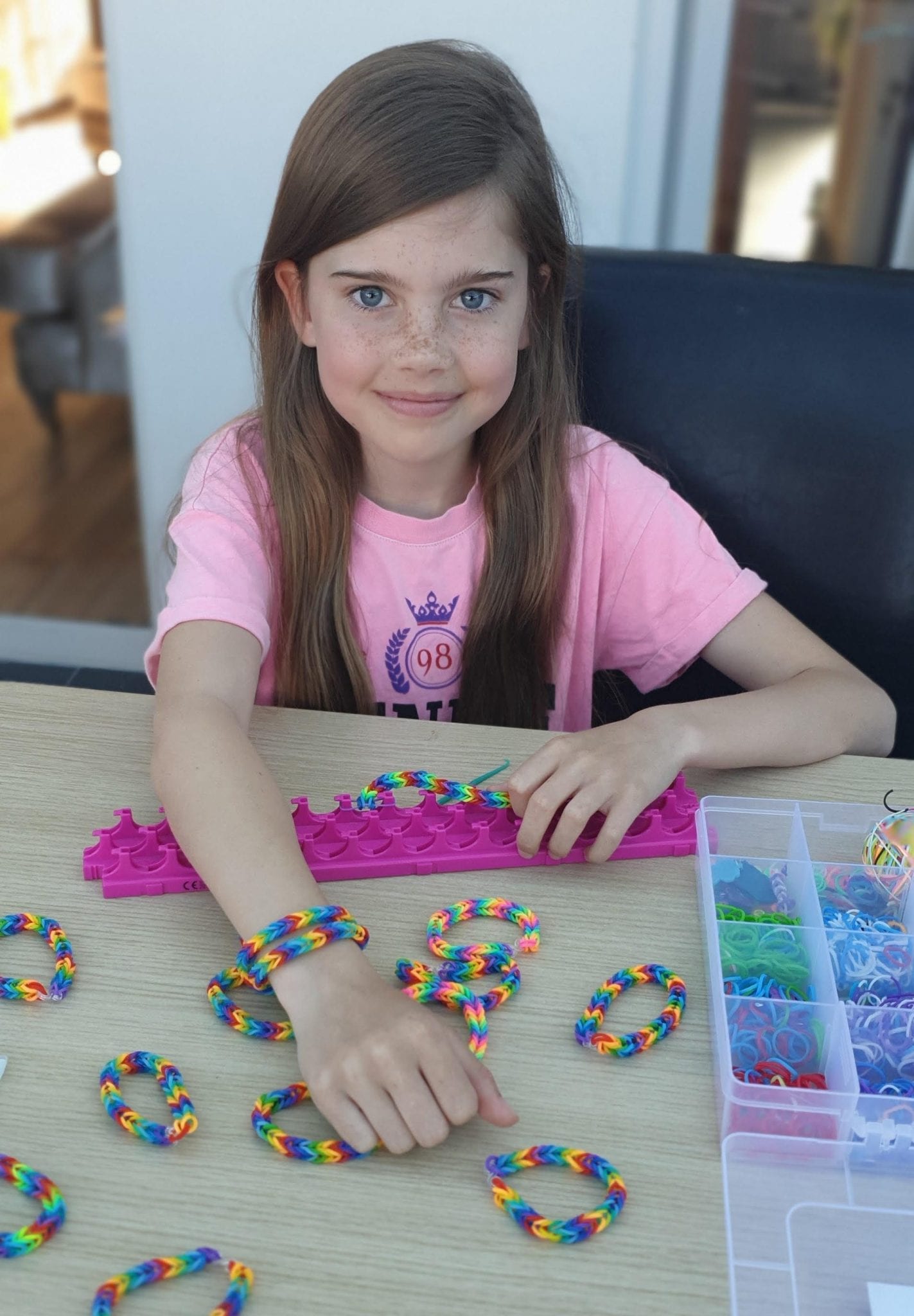 Dad Paul explains: “She started off by drawing rainbow pictures for the front windows and when we’d go on our walks, we’d always count the rainbows.

“Then one day she just had the brainwave to make a rainbow bracelet. Loom bands were a big craze a few years ago, she had them then but like lots of things the fad went away and they ended up being stored away, but with lockdown she got them back out again.

“She didn’t tell us what she was doing, she just came and said, ‘look what I’ve made’. Her mum wore it to work on her wrist, everyone loved it and said they’d like Lois to make them one too. Louise gave a few out in work, people offered her some money and that’s when Lois came up with the idea of putting it towards NHS charities. It just snowballed from there.”

At home with younger brother Luca, seven, dad Paul – who is currently furloughed from work – has been helping Lois to manage her charity fund-raiser as it’s taken off.

“I work in purchasing, so I’ve made her a spreadsheet for orders, payments, deliveries and donations because there’s been a lot more than we anticipated. At first she set a target of £100, but now she’s up to £1,200 and it’s going up all the time.” 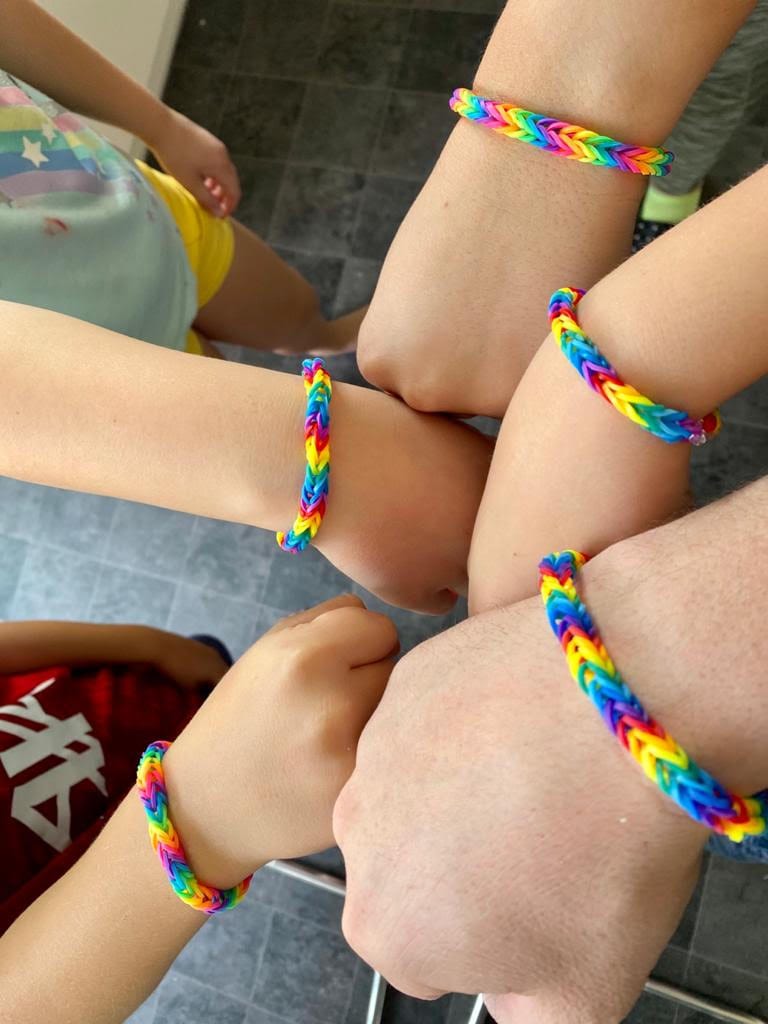 Paul says Lois has also delivered some of the bracelets to elderly neighbours, dropping them through their letterboxes with a note saying ‘stay safe’.

“She just loves making them and it’s giving her something to really focus on while we’re all in lockdown. She’s made 512 so far, and each one takes about 15 minutes so there’s been a lot of man hours gone into them. 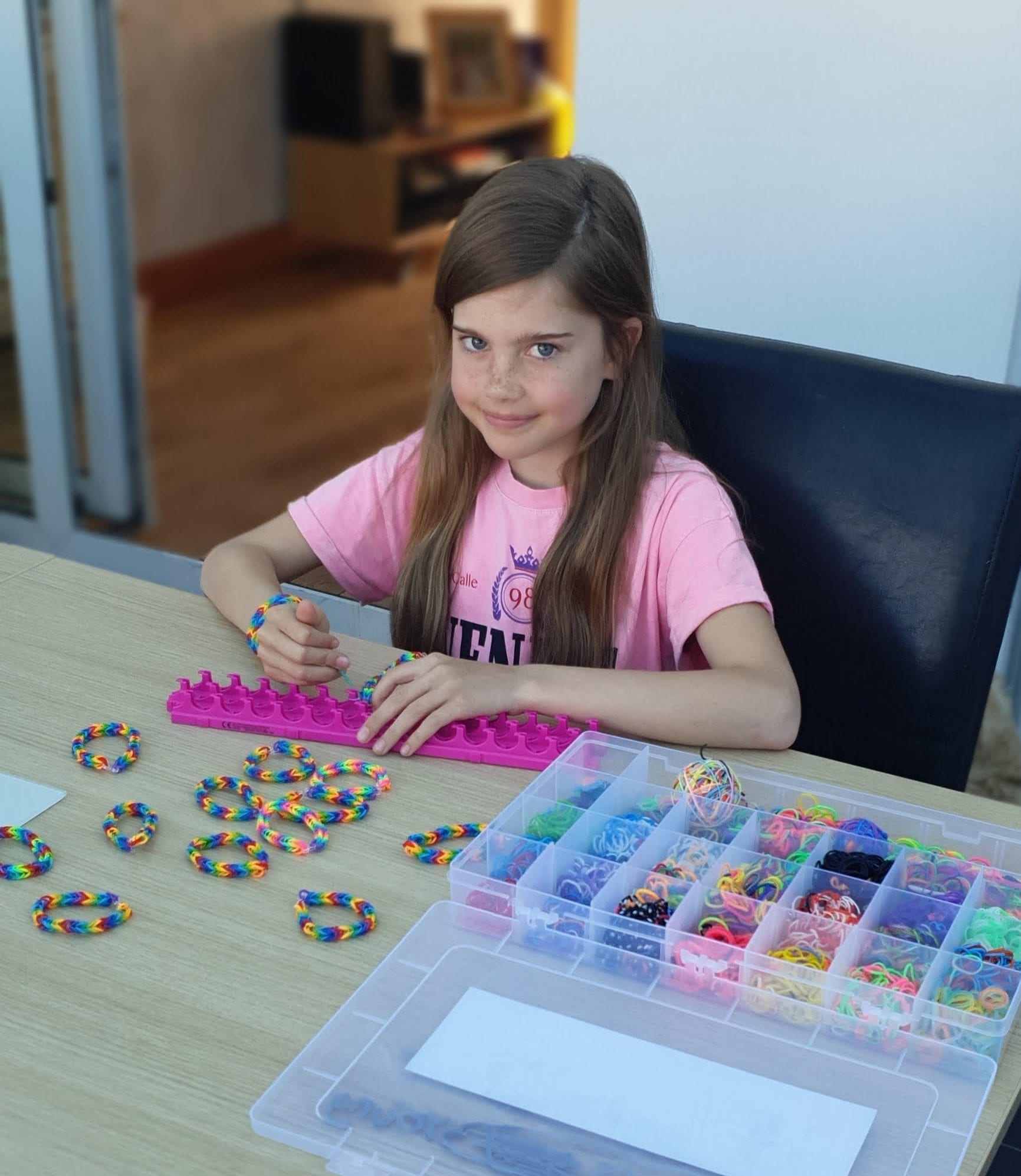 “It’s given her a chance to make the most of her birthday present too – she wanted a new grown-up bedroom so it was a bit challenging trying to get all that done because of the restrictions, but we managed it, we completely transformed it, and at least she’s had lots of opportunity to enjoy it.

“She was delighted with it, she’s hardly been out of it since, so it was the perfect lockdown birthday present.”

With £1,200 already in the fund, and more orders still coming in, Lois is now able to convert her efforts into PPE for Alder Hey Children’s Hospital.

“The original plan was that I was going to buy PPE with the money, and we were going to deliver it to Alder Hey so we could get it straight to the frontline,” says Paul. “But then as it’s grown, Lois is now planning to go and visit one of the factories in Liverpool making PPE to see for herself where the money is being spent.

“The cost of a gown is actually around £1.50 which is the same amount as Lois has been selling the bracelets for, so it means that every bracelet basically equals one gown. She’s already raised enough to buy hundreds of them, and as well as ordering extra bands ourselves for her, people have been donating more and leaving them on our doorstep, so while the orders keep coming in, she going to carry on making.”