This Liverpool teacher has ran 5k every day in May for local food charity Micah - The Guide Liverpool
Contact Us Advertise with The Guide Our Video Services Follow us:

A Liverpool teacher has raised more than £1500 for independent food charity Micah after setting himself a challenge to run a 5K every day in May.

Rob Anderson, 27, who teaches English at Everton Free School, says he set himself the marathon task after seeing first-hand how much-needed foodbanks are.

Rob, from Page Moss, volunteered with Everton Football Club and Everton in the Community’s Blue Family Campaign which was set up to offer help and support to people during the Covid-19 crisis, and he says: “It made realise how much help was needed – and made me want to do something about it.”

He goes on: “I am someone who has previously walked past the trolleys asking for donations for foodbanks in Tesco – and I’m ashamed to say that now.

“But because it’s not come to my doorstep and I have luckily never had anyone in my family who’s had to use a foodbank, it hasn’t been part of my conscious thought – but it is now.

“I’m from a working-class family but we always had food on the table. Not everyone has that and I realise that more than ever now.” 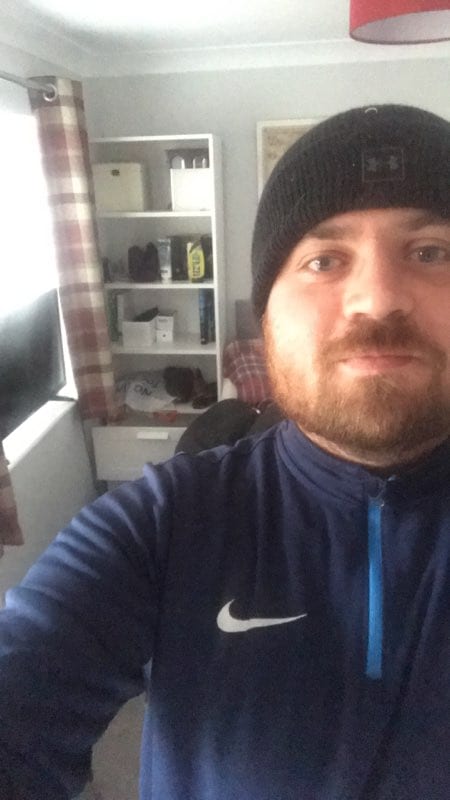 Rob set up a JustGiving page to run a 5K every day with the initial aim of raising £100, but with every step he took the money just kept coming in.

He says: “It doesn’t sound an awful lot I know, but I’m not the most athletic person. I played football until I was about 23 when a knee injury stopped me playing and, in the last few years, I’ve let myself go a bit. I don’t do a lot of exercise.

“When I first started doing the 5K runs it was hard. The first two weeks were horrendous and I had the worst shin splints ever. I didn’t think I was even going to make it all the way round at first.

“But it got easier – eventually.

“When I first started running it took me about 40-44 minutes to complete, and then the last time it took me 34, so I’ve definitely got better. It’s even given me the running bug. I can see now why people enjoy running and that feeling of headspace. I might even carry on.”

Rob adds: “To be honest, doing the runs were good for me. I can’t stay still and the idea of sitting in front of Netflix every day would blow my mind.  The weather helped, and I generally enjoyed it. I enjoyed knowing I was doing something good, that would help people.

“Volunteering, and seeing what was out there, made me realise how hard it was for some people and, once you know it, you can’t ignore it. 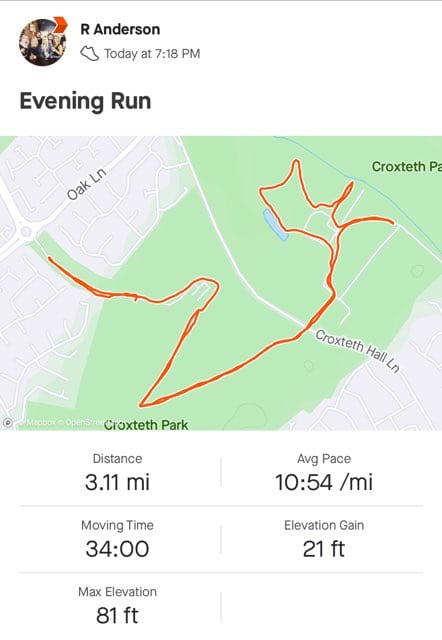 A typical route for Rob

“It was a lesson to me. When we’re all working and living normal life at such a fast pace, we put blinkers on. If lockdown has done anything, it’s made many of us slow down and see things more clearly.

“It’s given me a perspective and made me want to do more.”

You can donate by visiting Rob’s Just Giving page here