This new premier music venue in Manchester will rival the likes of New York's Madison Square Gardens - The Guide Liverpool
Contact Us Advertise with The Guide Our Video Services Follow us:

Co-op Live will create thousands of jobs and apprenticeships in the North West.

Thousands of jobs are to be created after the go-ahead was given to build a new music and entertainment arena.

The venue in Manchester will be called Co-op Live after the retail giant joined forces with the Oak View Group (OVG) to develop a site on the Etihad campus.

Around 3,300 construction jobs and 1,000 operational roles will be created.

Co-op Live will be one of the world’s premier music and entertainment venues, rivalling New York’s Madison Square Garden, said the company.

Plans for the arena have now been approved by Manchester City Council, which will continue the regeneration of the Eastlands area started by the 2002 Commonwealth Games.

The Co-op said it will back the arena’s apprenticeship programme and provide direct employment opportunities for the retailer’s six secondary and college academies across Greater Manchester.

Steve Murrells, group chief executive of the Co-op, said: “The entertainment arena brings to life the co-operative difference and our vision to co-operate for a fairer world, from its sustainable construction, support for communities, zero food waste and member-only exclusive benefits. 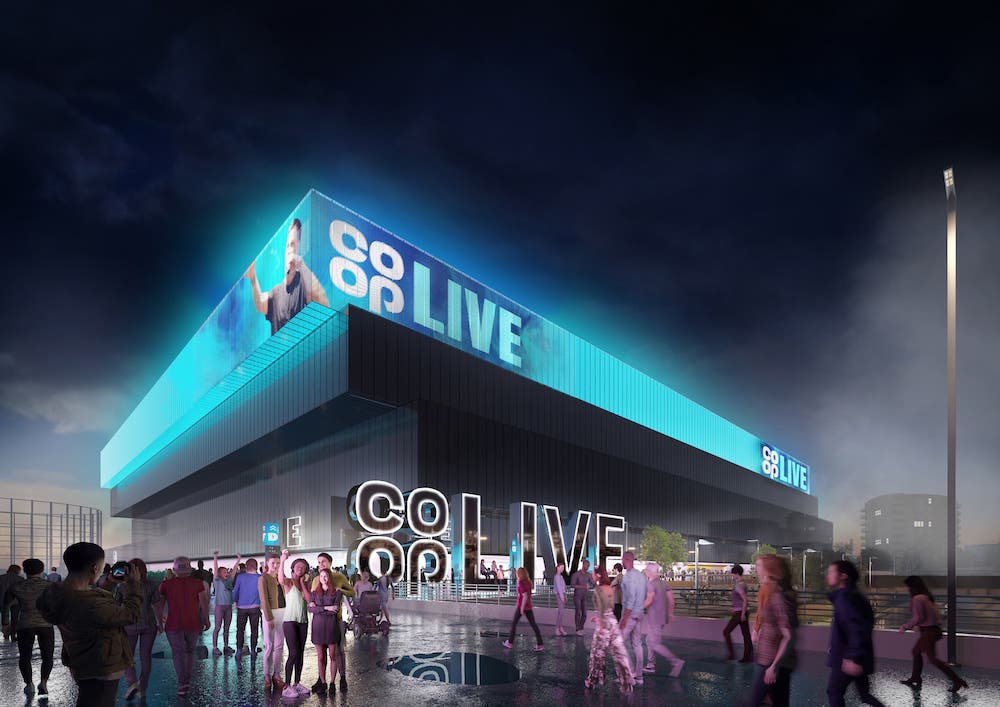 “It will not only enthral audiences, but every time people watch a live act they’ll be doing good in local communities across the UK.”

Jo Whitfield, chief executive of Co-op Food, said: “Ethics are at the heart of the Co-op and we’re proud that one of the world’s greenest and most socially responsible live entertainment venues will carry our name.

“It will give millions of pounds back to local communities and good causes and we’ll make access to entertainment easier for our members with exclusive and pre-sale tickets.

MORE - Meet the Liverpool woman who has gone from hotel manager, to fish & chips restaurant owner

“The coronavirus pandemic is having a significant impact and our multimillion-pound investment is a signal of our intent for the future of the region, creating jobs and helping to bring some of the world’s best events to Manchester.”

Tim Leiweke, chief executive of Oak View Group (OVG), said: “We’re delighted with this partnership and join together with the Co-op team to build the new world-class arena that Manchester deserves.

“Our partnership goes way beyond a normal naming rights agreement. The shared values will help define the ethos of the venue, including bold commitments on sustainability and community.”

OVG hopes to host its first event in the new venue in 2023.

The project will start creating more than 3,000 jobs during a three-year construction period and will support a further estimated 6,000 jobs across Greater Manchester.