This new project is giving Liverpool's refugees a sense of 'home' - The Guide Liverpool
Contact Us Advertise with The Guide Our Video Services Follow us:

A new ‘living map’ created for refugees and asylum seekers could help displaced families settle in a new city – and give them a crucial sense of ‘home’.

Dr Carly Bagelman is a lecturer in Education Studies at Liverpool Hope University and founder of the ‘InSite’ mapping project.

She says there’s currently a ‘gap’ in the resources given to families arriving in the UK.

Dr Bagelman is asking asylum seekers and refugees to annotate a ‘Google My Maps’ map, signposting families to everything from community gardens to restaurants serving up cuisine from their homeland. 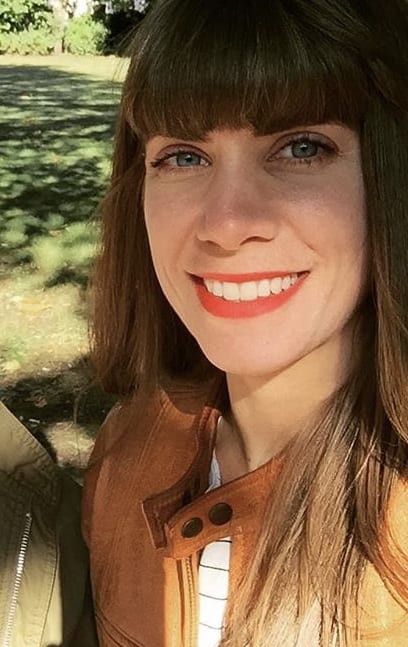 And Dr Bagelman – who’s working alongside Liverpool City Council as well as a number of refugee charities – wants to help those feeling nervous, anxious and overwhelmed by instilling a sense of comfort, welcome and agency.

She explains: “This initiative is attempting to fill the gaps that exist in resettlement resources, which tend to point asylum seekers and refugees to central, governmental services but not necessarily the places that would make them feel a sense of community or ‘home’.

“What’s also important is that the resource is being created by people who are actually experiencing displacement and resettlement themselves.

“It’s in their voices and from their own unique perspectives.”

Many of those displaced peoples experience poverty, isolation, depression and even hatred in the communities where they resettle.

Dr Bagelman’s starting point for trying to address these issues came with children being taught in a special council-funded classroom at the Kuumba Imani Millennium Centre in Liverpool’s Toxteth area.

She reveals: “This particular group of children are caught in limbo.

“They’ve just arrived, they’re living in Initial Accommodation and they haven’t been given government housing yet.

“They can be dispersed at any moment to any city, from Newcastle to London, and at the drop of a hat. Often they only have a short time to pick up their belongings and say goodbye to the people they’ve just met.

“This classroom has been set up, through council funding, to help children when they’re not able to enroll in mainstream schools. 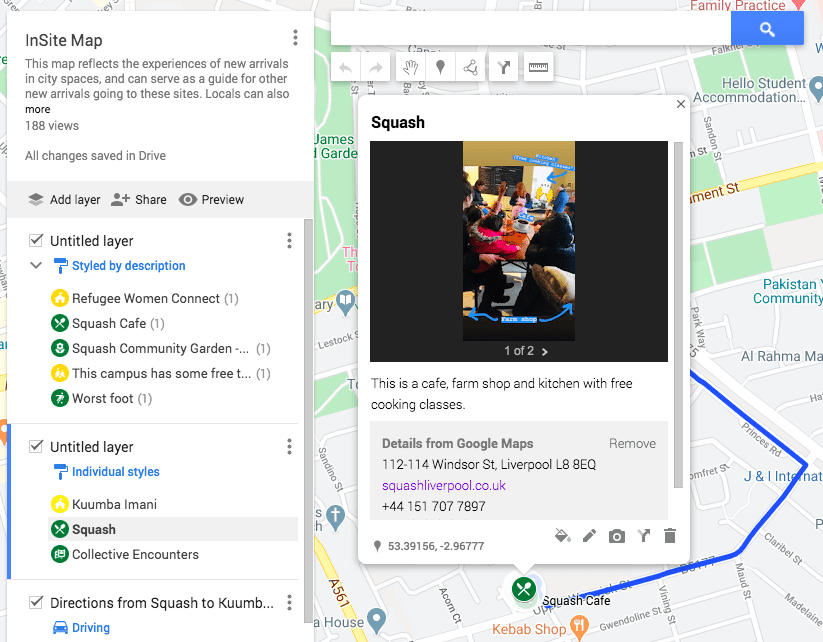 “And through working with this group I began to think about how these youngsters could create a resource for other refugees and asylum seekers who find themselves in a similar situation.”

That led Dr Bagelman to Google My Maps, a resource where you’re able to customise and annotate, adding ‘pins’ at certain locations, and where the map is then accessible to others via a smartphone.

Dr Bagelmen says: “The beauty of it is that you can add any sort of data you want to each pin.

“Say I wanted to do a pin for an art gallery – as a refugee I can write about the gallery but also, perhaps, add a little drawing, a video or even a poem about the experience, in my own language.

“Or you could point people to a place that does great Halal food, to the best places to get your hair done if you’re black, or you can even point out places that aren’t particularly friendly to asylum seekers and refugees as a warning to others.

“It’s about creating a living map, a real landscape, to help families settle.”

The project has so far been endorsed by Liverpool City Council’s Refugee and Asylum Seeker Education Strategy Coordinator, and is being employed by Liverpool Red Cross, Refugee Action, Collective Encounters, Bedsit Liverpool and a number of other resettlement organisations.

Dr Bagelman is also asking trainee teachers and Education Studies students at Liverpool Hope University to get involved in the project too, through their work with refugee children in placements.

While the initiative is being piloted in Liverpool, Dr Bagelman is hoping to connect with other locations in the ‘City of Sanctuary’ movement – which spans from Aberdeen to Cornwall in England also includes Wales, Northern Ireland and Ireland.

Those taking part in the actual mapping so far have ranged in age from four to 19 years old. As Liverpool is designated as an official Government ‘dispersal city’, refugees arrive in Merseyside from across the globe.

£589m to kickstart rail upgrades across the North which will allow all-electric services between Liverpool, Manchester, Leeds, York and Newcastle ?

Documenting recent trends, Dr Bagelman adds: “The numbers Liverpool receives are quite a lot higher than a typical dispersal city, which makes the need for proper resources here even greater.

“What’s really interesting is that you can see the migration patterns change by just looking at the children and their families coming through the classroom at Kuumba Imani.

“One of the big issues in parts of South America is kidnapping and fear of violence, often linked to drug cartels and government corruption, and extreme poverty.

“Where people would attempt to flee to America, that’s become so difficult they’re forced to look elsewhere for work and protection and so end up in Europe.

“And then you have these incredibly vulnerable groups of people impacted by the Coronavirus pandemic.

“It’s a nightmare scenario – but also incredible how well these families are able to cope, creating communities very quickly. Most of the time, it’s inspiring.”

It’s not just displaced families who’ve been affected by Covid-19 – the charities that support refugees and asylum seekers have also taken a hit when it comes to funding from donations.

Dr Bagelman, a member of Liverpool Hope University’s Centre of Education and Policy Analysis (CEPA), hopes that a ‘robust’ living map for Liverpool should be available by the end of the year before it can then be extended to other cities.

She adds “Liverpool is a city that has a real ethical consciousness. And it’s absolutely the right place to be doing this type of thing.”

MORE - 30 James Street hope is set to reopen this weekend